I realize more and more that the Shopify market is being overlooked by developer communities. Whereas we have been active on the platform for almost a year now and can’t be happier.

In this post, I will try to give you some reasons why you should give Shopify's App Store a chance and shortly share our story and gainings. Feel free to ask your questions in the comments section, I will do my best to answer.

Here is a quick summary of why this is a great market:

Let’s now get into the details.

It is no secret that Shopify became Shopify because of its partner ecosystem. It is one of the first companies who has an understanding of the value of partners and built an amazing API infrastructure.

There are countless needs in the e-commerce field for merchants. But Shopify didn’t opt for building everything, and Instead, they focused on the core business and left the rest for the partners.

As an example, it is hard to believe that Shopify’s core product is missing too many important features, one of them being “Subscriptions”. You can not add a subscription feature to your e-commerce store if you are not using one of the apps.

And there are many other professionals or agencies that are not officially included in the ecosystem but still work as a “Shopify Developer” or “Shopify Agency”. This helps Shopify grow even more - and make merchants happy because there are 1000’s of professionals or resources available when they need help.

Shopify App Store as a Market

Merchants have a lot of needs - and they constantly search for apps to solve their problems and make their store better.

At the moment, there are 6000+ apps in the app store. And a merchant uses 6 apps on average. It is not hard to build an app - or to be accepted to the app store.

As far as I know, it is one of the rare “app stores” in the world that has 0% commission. Shopify removed its 20% commission this summer. You don’t have to pay any commission if your annual revenue is under $1M.

There are some giant players in the app store as well:

Of course, the Shopify app store is not only for big players. There are hundreds of independent developers who build on Shopify and achieve double-digit MRRs in such a short amount of time such as Gil and myself.

How to build Shopify apps?

I am not a developer myself. However, I have only heard great things about Shopify’s API and how easy it is to build things for Shopify. They don’t have tech-stack requirements.

You can literally build with any programming language and host your app anywhere you like. You will have to use Shopify’s API to authenticate and charge users. Shopify apps can work in an EMBEDDED or INDEPENDENT format that opens in a new tab.

Here’s a GIF for you to see how it looks 👇

As you see on the example, our app Analyzify works in the EMBEDDED format while the other app opens in the new tab. Most apps choose the “New Tab” solution.

We firstly built Analyzify with Ruby & Rails - now we are switching to No-Code & Low-Code stack. I have seen many apps that use the Laravel framework. It is just about your t
aste and capabilities.

Our app was approved within 5 days. We initially received a rejection because of the wrong use of the payment gateway. We have made the asked changes and it got immediately approved.

I can only say good things about Shopify Partners’ support. They are very helpful and willing to answer the questions you should have. We have also got some support from Shopify developers’ Slack group.

Getting Sales on the Shopify App Store:

The app developers keep giving the same suggestion: “Don’t rely on the app store for the sales”. That’s true: while there are too many searches happening on the app store,you should still look for alternative customer acquisition channels.

At Analyzify, we have only gone for organic channels such as content marketing, video marketing, SEO, and Shopify community forums. Many app developers are using Shopify App Store Ads that work with the PPC model.

Merchants don’t really rely on the App Store, but instead, they search Google. You will find a lot of listicles like “The Best Shopify Apps for X”. You will need to make yourself visible there - and probably make your own list just like we did: Shopify Google Tag Manager Apps.

I also see a lot of app developers who rely on merchants’ communities such as Facebook & Slack Groups, Twitter conversations, Discord Channels, and so on.

Depending on your competition, you might have to be a bit more creative and hard-working here. All will work if you create a good product and make your clients happy. Simple as that.

As in almost every app store, reviews are crucial on the Shopify app store as well. The merchants don’t tend to give reviews for regular apps and experiences. You need to provide exceptional customer support to get proper reviews. The sales will go way higher once you pass 10+ positive reviews. 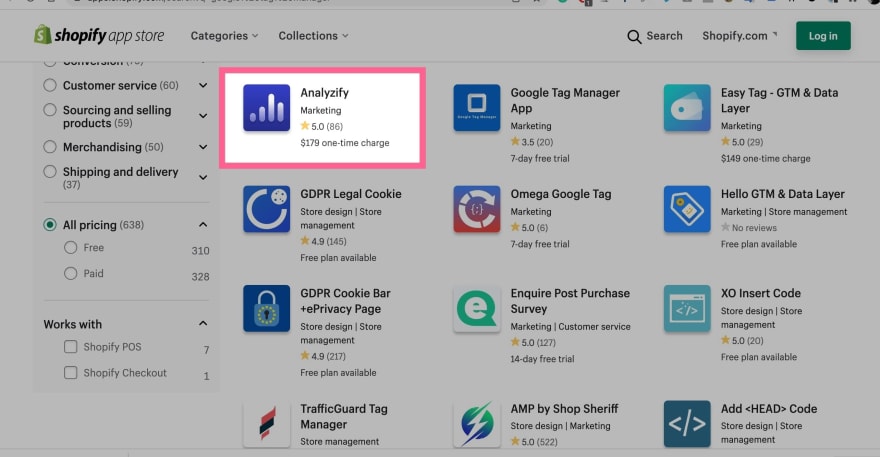 What kind of apps should you build for Shopify?

Well, that’s a great question that everybody asks. There are several methods to start with:

Keep reading below - I’ll mention some latest updates from the Shopify ecosystem.

I would also recommend not to fear the competition. Of course, don’t go and create a “Page Builder App” where top developers have 2000+ reviews. 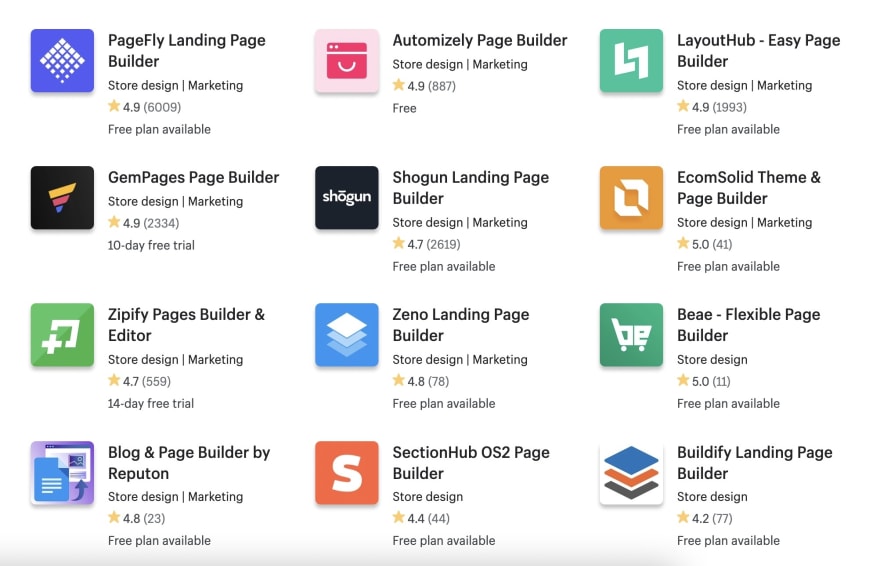 Find a smaller competition and make things better. You will have the advantage of building from scratch and building the things the competitors are too busy to do.

Shopify keeps opening new developer spaces for partners. They announced a few major upcoming changes in the latest Shopify unite event. You might want to take a closer look at that because the existing Shopify partners are always too busy with their roadmap and clients.

*Online Store 2.0: *
They released a large update on how to build themes.

Online Store 2.0 opens up massive opportunities for developers building themes and apps for Shopify merchants. We’ve rebuilt the online store experience from the ground up, and are introducing a new set of developer tools to help you create amazing experiences for merchants and shoppers.

Theme Store is back again:
Shopify had closed their theme stores but now it is reopened.

Headless Shopify (React!):
Well, of course, they are going after the headless market. They announced Shopify Hydrogen.

Hydrogen's React-based framework for building custom storefronts on Shopify gives you everything you need to start fast, build fast, and deliver the best-personalized shopping experiences.

NFTs:
Shopify is also looking to integrate with the NFT market. They recently released a BETA program for this - only available in the US for now.

I strongly recommend you build something on Shopify depending on your skills. Create an MVP version, watch the market closely and enter when you feel ready.

We have reached 500+ merchants and over $15K MRR only in 8 months. This is huge for us considering it was our first attempt on the Shopify app store. Now we started building more apps and new features for our existing app.

I am more than willing to answer your questions. Leave it in the comments section!

Check out what we are doing!

Once suspended, analyzify will not be able to comment or publish posts until their suspension is removed.

Once unsuspended, analyzify will be able to comment and publish posts again.

Once unpublished, all posts by analyzify will become hidden and only accessible to themselves.

If analyzify is not suspended, they can still re-publish their posts from their dashboard.

Once unpublished, this post will become invisible to the public and only accessible to Erman Küplü.

Thanks for keeping DEV Community 👩‍💻👨‍💻 safe. Here is what you can do to flag analyzify:

Unflagging analyzify will restore default visibility to their posts.