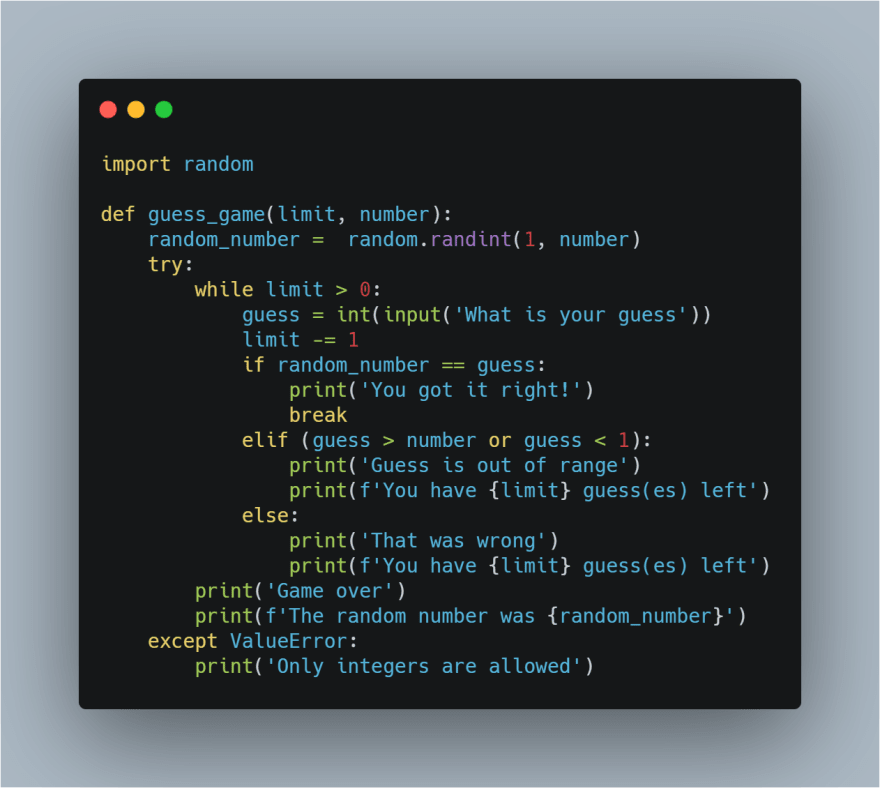 A variable for the random number was created and the variable makes use of the “random” module. The “randint” built-in function of the “random” module is used to generate a random number between 1 and another variable (number) which corresponds to the highest number in the range from which the player should make their guess.
The function would need two arguments each time that the function is called. These two arguments correspond to the number of tries and the highest number in the range for the different modes. So in the case of the Easy mode, we would call the guess_game function and pass 6 as the argument for limit, which is the number of tries a player has to make the correct guess. For the other parameter number, the argument would be 10, since that corresponds to the highest number in the range of which the player should guess a number for the Easy mode.
In the rare case where our player enters anything other than a number, the try and except block handles that exception and tells the user that only numbers are allowed.
So we will pass the arguments for each mode, and this results in the functions below 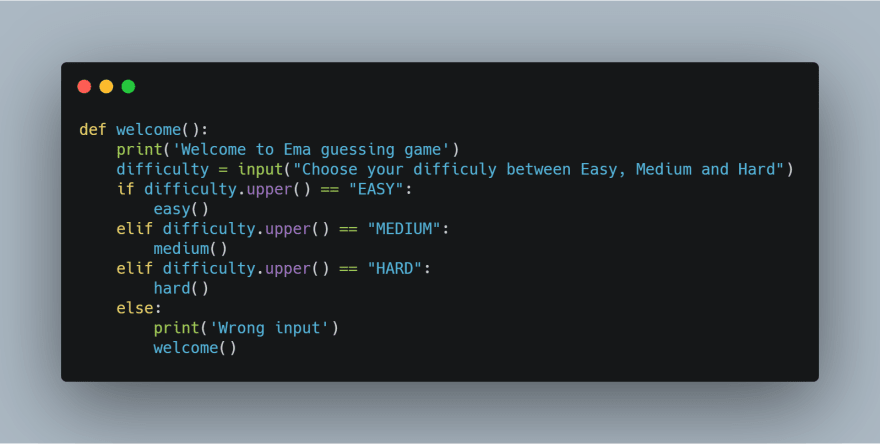 Now we have a program that runs. But unfortunately our program only runs once. You know what that means? If our game were to be a mobile app, our game would exit after one round and the user would have to launch the application to play a second round. I guess we do not want that. We would want to give our user the opportunity to choose to play again without having to launch the application every single time. Well, like always, we would create a function for that. We never get tired of creating functions, right? So we would create a try_again function. 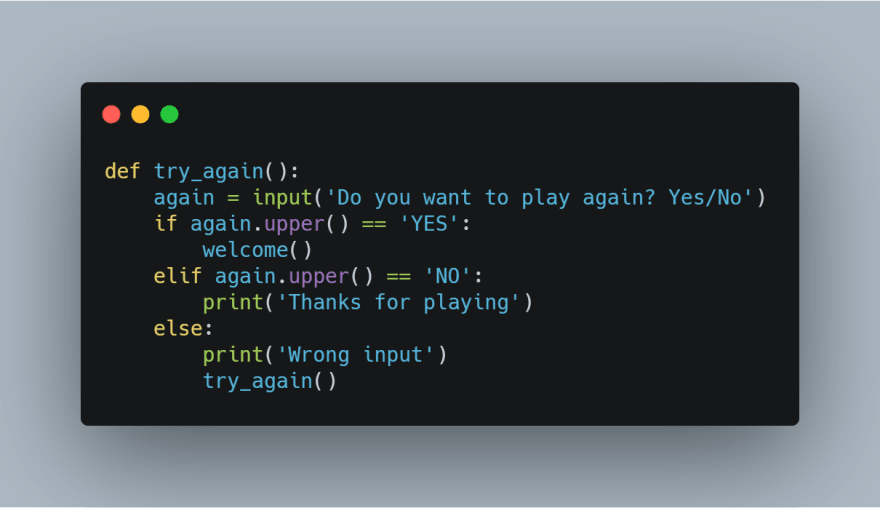 We have to add the try_again function to the welcome function so that our player has the option to try again after one round of the game has ended without having to start the program entirely. 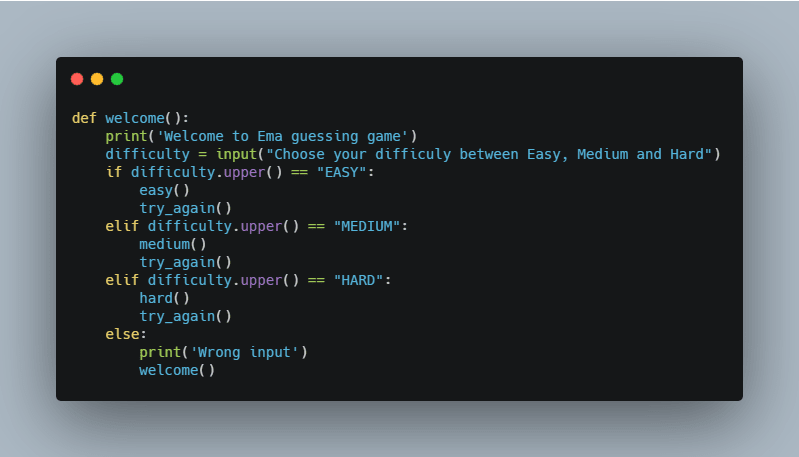 Now our player can choose to play the game as much as they want.
So voila, we have been able to use a couple of functions to build a simple guessing game. It was fun, right? Yeah, I sure had fun building it too.

Feel free to drop your comments, questions below

The source code can be found here — https://github.com/ema-mimus/guess_game/blob/master/Guess_game.py

Once suspended, andemosa will not be able to comment or publish posts until their suspension is removed.

Once unsuspended, andemosa will be able to comment and publish posts again.

Once unpublished, all posts by andemosa will become hidden and only accessible to themselves.

If andemosa is not suspended, they can still re-publish their posts from their dashboard.

Once unpublished, this post will become invisible to the public and only accessible to Anderson Osayerie.

Thanks for keeping DEV Community safe. Here is what you can do to flag andemosa:

Unflagging andemosa will restore default visibility to their posts.