One problem with these tests is they take too long to run. Starting an actual emulator and running the tests on this emulator in our CI environment takes around 30 minutes. This is too long to include it in our continuous integration pipeline which runs on every pull request. Instead we have a nightly job that runs the snapshot tests and reports to our Teams channel if any of them fail.

This approach has some major drawbacks

Paparazzi to the rescue

Paparazzi is a library which can render your application screens without a physical device or emulator. Not having to deal with the emulator is a massive time saver.

Back when we initially implemented our snapshot tests, Paparazzi was not an option because it did not support Compose. This all changed recently in the 1.0.0 release.

Unfortunately Paparazzi does not (yet) support taking a screenshot with the exact size of the Composable: https://github.com/cashapp/paparazzi/issues/383
The screenHeight = 1 and renderingMode = V_SCROLL is a trick to get the minimum height needed to take a screenshot of the Composable. Thanks https://github.com/hrach!
There is no similar trick for the width (that I know of, please let me know if you know one!), so we always get the full width of the device which leads to some screenshots looking like this (if you click it you see the full device width):

Though it would be nicer without the full width, this is not a big problem. The main point is to compare the current situation to the previously recorded snapshot and see that there are no unintended changes. This works just as well with a full width.

Rewrite all the tests

To really compare Paparazzi with Shot and see if it solved our problems, we had to rewrite all our snapshot tests. This would be quite boring and repetitive, so we decided to try to generate them instead of writing them manually.

We always write one snapshot test per @Preview annotation. Because of this, all our snapshot tests look pretty much the same,
Our idea was something like this:

To do this we created a Kotlin program with a main function and used another library, also from Square, KotlinPoet (https://github.com/square/kotlinpoet) to generate the code.

Disclaimer: This code is still quite rough, but you get the idea and it does what we needed. I am sure it could be improved further.

Since we always use the same device specs and Paparazzi rule, we created a parent class and the program above generates sub-classes for that:

As you can see from one of the comments, Paparazzi does not yet support running tests in the app module: https://github.com/cashapp/paparazzi/issues/107

In our project the composables live in two modules: :components for reusable components and :app for the screens and single use views. For now, our program only generates paparazzi tests for the :components module. We would have to move all our composables out of the app module which can turn into a bigger refactor. This recent issue gives some hope that it could be fixed soon and we might not need to do that: https://github.com/cashapp/paparazzi/issues/524

Add it to continuous integration

After all the tests had been generated, we recorded the snapshots (60 of them in our :components module) and pushed them to our source control. We then added a new step to our CI pipeline which runs on every pull request. Just a simple gradle step that runs the verifyPaparazzi task. It is super fast:

We have decided to move forward with Paparazzi and will wait for the app module issue to be fixed or move our composables out of the app module.

Please let me know if you have any feedback or questions in the comments or on Twitter.

I leave you with an image of some of our components recorded by Paparazzi: 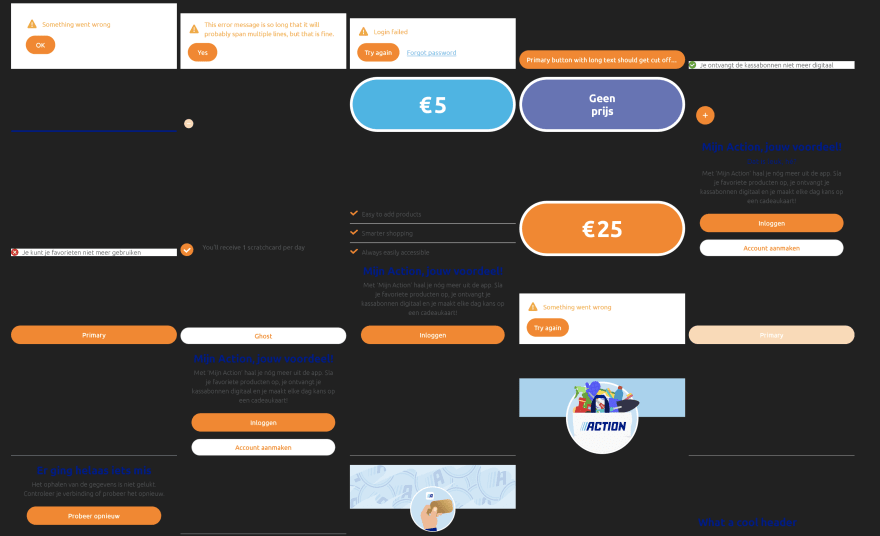 Configuring the Client for Testing with Pytest and Django REST

Once suspended, andersullnass will not be able to comment or publish posts until their suspension is removed.

Once unsuspended, andersullnass will be able to comment and publish posts again.

Once unpublished, all posts by andersullnass will become hidden and only accessible to themselves.

If andersullnass is not suspended, they can still re-publish their posts from their dashboard.

Once unpublished, this post will become invisible to the public and only accessible to Anders Ullnæss.

Thanks for keeping DEV Community safe. Here is what you can do to flag andersullnass:

Unflagging andersullnass will restore default visibility to their posts.