This is a getting started guide for Rayex, an Elixir implementation of the Raylib games library written in C, which you can find here.

This guide currently only works on linux, I haven't worked through the steps for mac or windows yet. I might just do separate guides for those to keep this one from getting bloated.

Some of this guide will be copied from Raylib sources and other places, primarily because I had to dig to find everything to make it work, and I wanted it all in one place so I don't have to hunt for it next time.

NOTE: Rayex is very much still being worked on and is not fully implemented.

Hopefully if you're wanting to do this, you already have Elixir/Erlang already installed so I won't go through that.
I used asdf to install Erlang and Elixir on Fedora, as that seems to be the easiest way to get the latest version of Elixir on linux, since most of the distros include old versions. You can use asdf on other linux distros also.

For pkg-config run these commands:

Required Libraries
Run these commands depending on your distro:

Check if glibc is installed:

if not installed, run:

After all that, it's time to build Raylib. I recommend using cmake as it's the easiest way, so I'll only include those instructions. If you want to do it another way, you can check out the Raylib github.

paste these into the terminal line by line:

When you run make install, be sure to note where it installs to, you'll need it later. In my case it was installed to

After all that, you can try one of two things: you can try to run an example, or you can add your lib to path. I'd suggest adding to path, because I tried to install this on two different linux versions(Ubuntu and Fedora) and ran into the same problem.

paste this line into terminal and replace usr/local/lib with whatever location your make install showed:

My experience was that it installed to /usr/local/lib64, so:

This only adds it for the current terminal window. You can append this command to the end of your ~/.bashrc or ~/.zshrc or other user login script, to make the change permanent.

After that, it's time for Rayex!

cd into the rayex folder and run:

This should start an iex. Then run:

Now you can try one of the 3d examples:

Then in iex run:

you should see this: 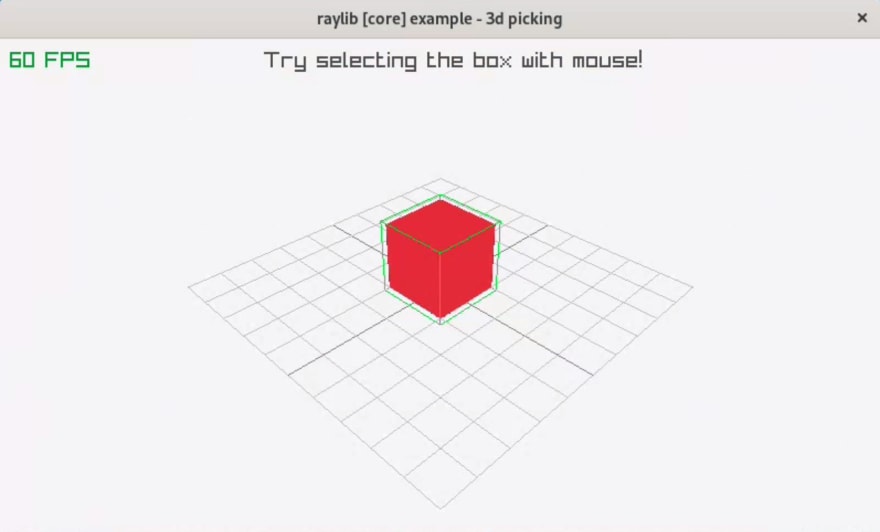 You're good to go!

Ping me on twitter @andevrs if you find any mistakes or issues, or you can message me here. Thanks!

Once suspended, andevr will not be able to comment or publish posts until their suspension is removed.

Once unsuspended, andevr will be able to comment and publish posts again.

Once unpublished, all posts by andevr will become hidden and only accessible to themselves.

If andevr is not suspended, they can still re-publish their posts from their dashboard.

Once unpublished, this post will become invisible to the public and only accessible to drew.

Thanks for keeping DEV Community 👩‍💻👨‍💻 safe. Here is what you can do to flag andevr:

Unflagging andevr will restore default visibility to their posts.