In this article, we will learn how to host an Angular app on Heroku. We will configure Continuous Deployment (CD) for our application using Heroku and GitHub. This will allow our app to be published automatically whenever we push the new code to the GitHub repository.

We are going to deploy the Angular application which I have created in my previous articles:

You can get the application source code from GitHub.

What is Continuous Deployment (CD)?

Continuous Deployment is a software development practice that automates the deployment process of the application. Once the developer merges their code to the repository, the build process will kick in, which will execute the automated tests and then deploy the application to the production stage. This is a completely autonomous process and does not require any manual intervention.

Heroku is a container-based cloud Platform as a Service (PaaS) that lets companies build, deliver, monitor and scale apps. Developers use Heroku to deploy, manage, and scale modern apps. Heroku claims that their platform is elegant, flexible, and easy to use, offering developers the simplest path to getting their apps to market. It provides support for a variety of languages such as Node, Ruby, Java, PHP, Python, GO, etc. You can read more about Heroku at the official website.

Now create a new JavaScript file in the root folder of the application and name it as server.js. Open the server.js file and put the following code into it.

We will configure the package.json file to make it production ready for Heroku. Follow the steps mentioned below.

Add the following lines of code under the scripts section.

This command will build the Angular application using Ahead of Time (AOT) compiler in the production mode.

Update this script as shown below.

This command willbe used by Heroku to run our application in production mode using the expressserver.

We need to specify the Node and NPM engines which will be used by Heroku to run our application. Get the version of Node and NPM installed in your machine by executing the command shown below.

Refer to the image shown below. 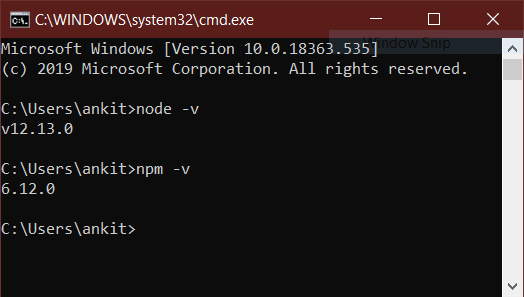 Add the following lines of code specifying the versions of Node and NPM.

Finally, the package.json file will look like below. You can also refer to the file on GitHub.

Pushing the code to GitHub

Create a new repository on GitHub. Here I have created the repository with name angular-forms-validation. Navigate to the application root folder and open a command window. Execute the following set of commands to commit the code to your repository.

Get the URL of your repository from GitHub. Here the URL is https://github.com/AnkitSharma-007/angular-forms-validation. Now run the following set of commands to push the code to GitHub. Replace the URL with your own repository URL.

We have successfully pushed the code to GitHub. Now we will configure the Heroku.

Navigate to https://www.heroku.com/ and signup for Heroku. Login using your credentials and you will be navigated to your personal dashboard. Click on the New button at the top right corner of the dashboard. Select “Create new app” option. Refer to the image below. 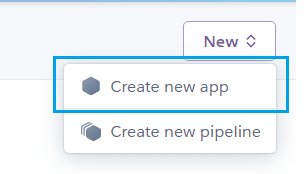 On the next page, put a unique name for your app. Choose a region of your choice and click on “Create app” to create a new Heroku app. Refer to the image below. 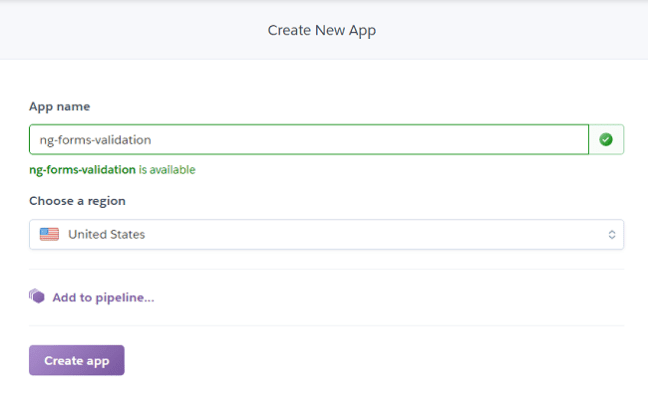 Connect your Heroku app to GitHub

Once the Heroku app is created successfully, you will be navigated to the app dashboard page. Under the “Deploy” tab, click on the “GitHub” option under the “Deployment method” section. Then click on the “Connect to GitHub” button at the bottom. Refer to the image shown below. 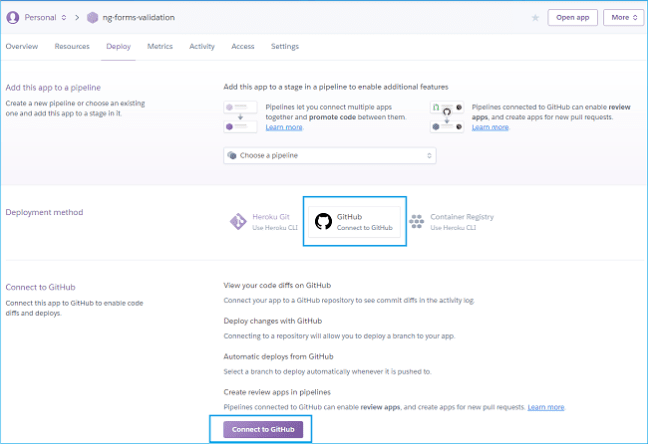 To enable yourHeroku app for CD, select the master branch under the “Automatic deploys”section. Click on the “Enable Automatic Deploys” button. If you have configuredany integration service for your repo then select the “Wait for CI to passbefore deploy”.

Refer to the image shown below. 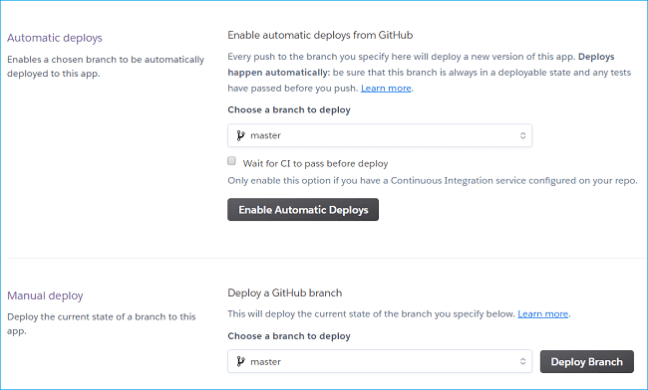 After you click on the “Deploy Branch” button, Heroku will start building and deploying your app. You can see the output build window in the Manual deploy section. Refer to the image shown below.

If the deployment is successful, you will get a success message as “Your app was successfully deployed”. Click on the “view” button to open the app in a new tab. You can see the screen as shown below. 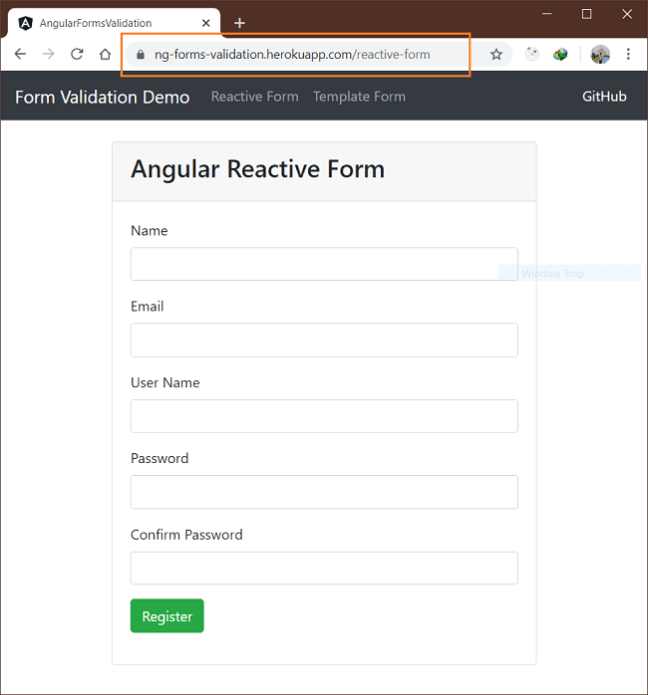 You can access the app which we have deployed here at https://ng-forms-validation.herokuapp.com/

The manual deploy is done only while deploying the app for the first time. After the first deployment, whenever we update the code and push it to the GitHub repository, the automatic deployment will kick-off. You can monitor the deployment progress in the “Activity” tab of your app dashboard.

How to write Git commit messages like a Pro!

Once suspended, ankitsharma007 will not be able to comment or publish posts until their suspension is removed.

Once unsuspended, ankitsharma007 will be able to comment and publish posts again.

Once unpublished, all posts by ankitsharma007 will become hidden and only accessible to themselves.

If ankitsharma007 is not suspended, they can still re-publish their posts from their dashboard.

Once unpublished, this post will become invisible to the public and only accessible to Ankit.

Thanks for keeping DEV Community 👩‍💻👨‍💻 safe. Here is what you can do to flag ankitsharma007:

Unflagging ankitsharma007 will restore default visibility to their posts.