We were facing memory issue with our Android app @WalmartLabs since stock JSC was doing minimal garbage collection in Android. We tried lots of options to reduce the memory footprint of our app with no success.
Problem become severe with react native flat list with lots of items (~1k in our case). Memory kept on growing with each navigation between the screens and not coming down even after clearing the data

A Few weeks back, @kudochien tweeted about react-native-v8 package which can enable us to bundle V8 with react-native for android instead of JSC

Integrating your existing RN Android project with V8 has never been easier.
Simply to add react-native-v8 node package and modify about 15 lines in build.gradle.

During the same time jsc-android also release a newer version 245459.0.0 and Hermes was announced during @ChainReactConf

To test apk without setup 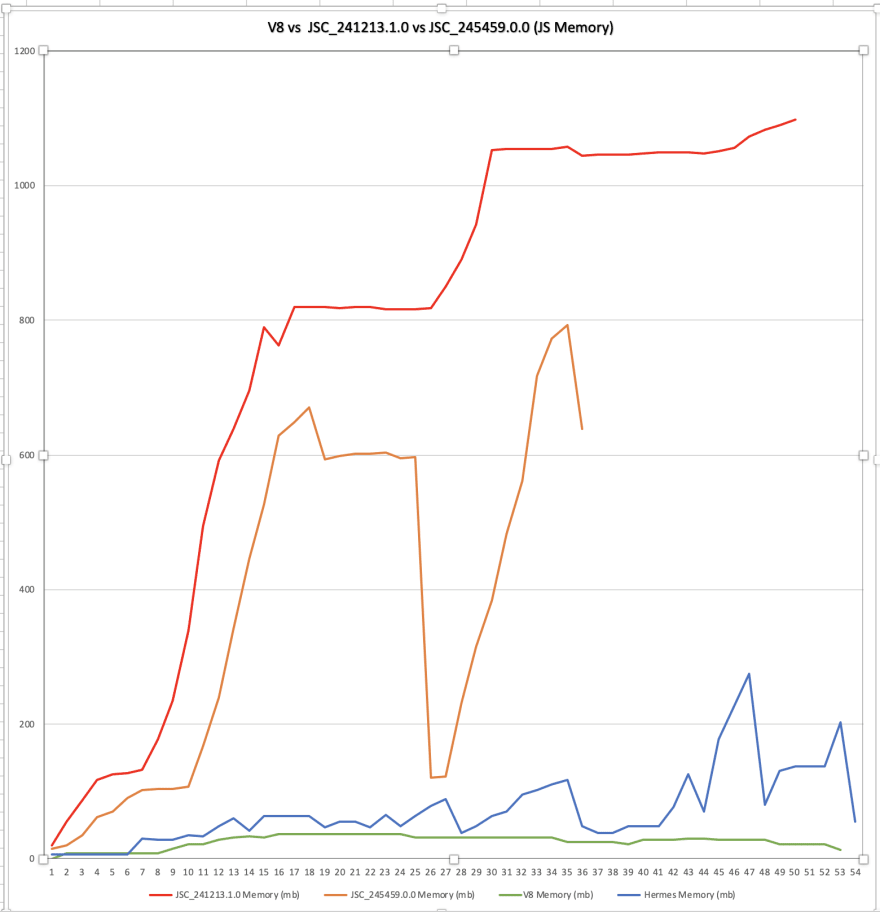 We considered below use cases. 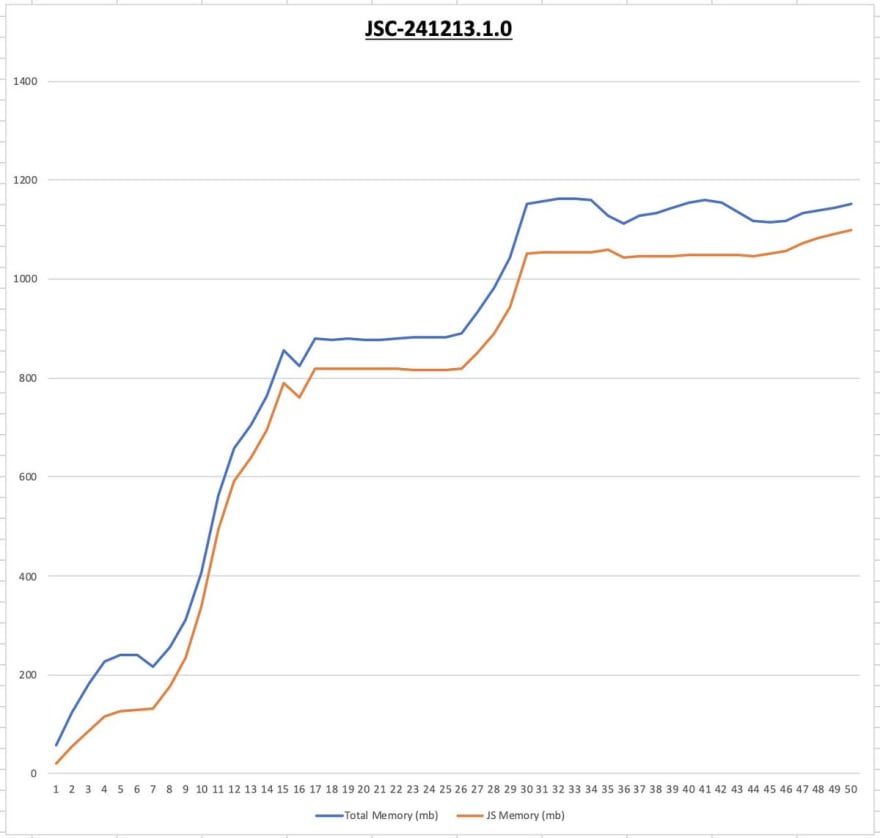 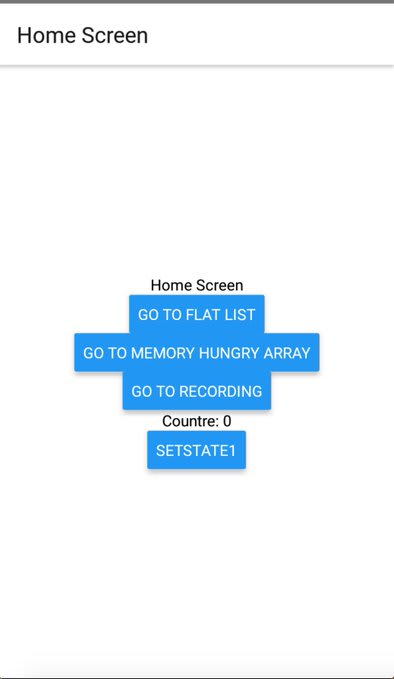 It was the worst performer among three. Memory footprint was very High and minimal Garbage collection 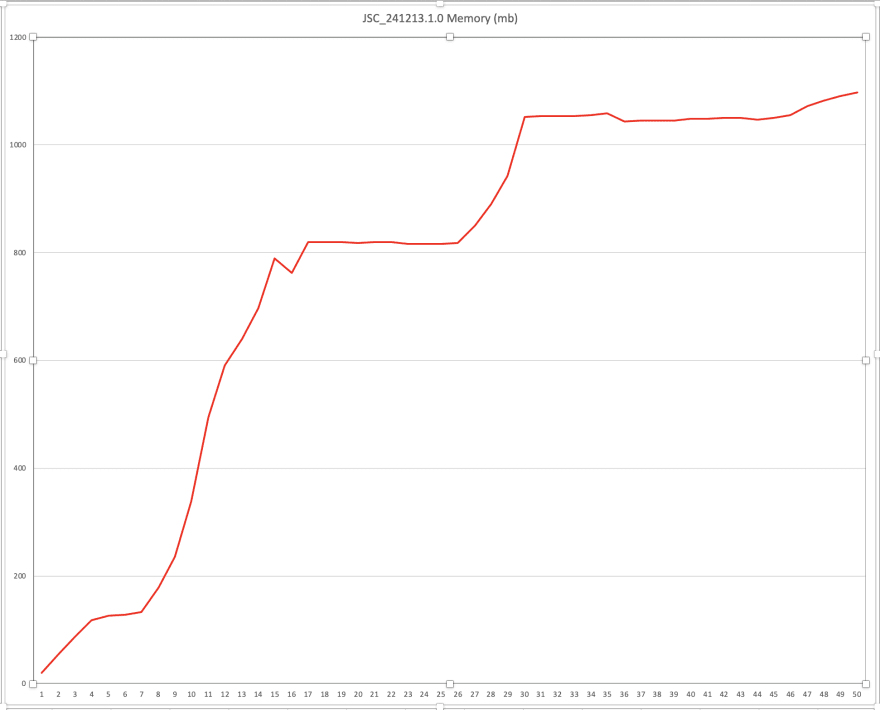 It was better than Stock JSC in handling memory and Garbage collection. 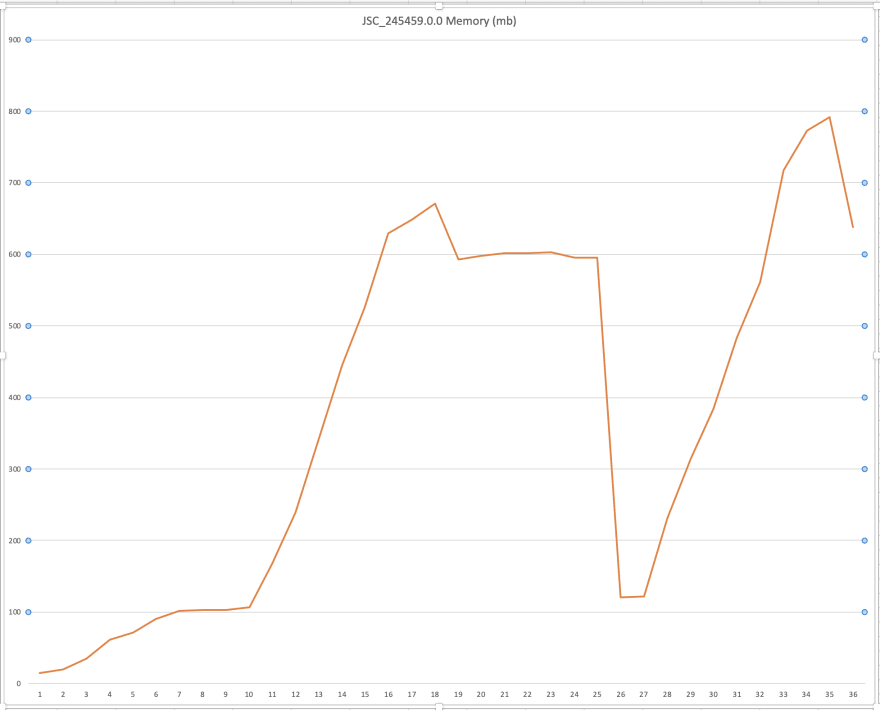 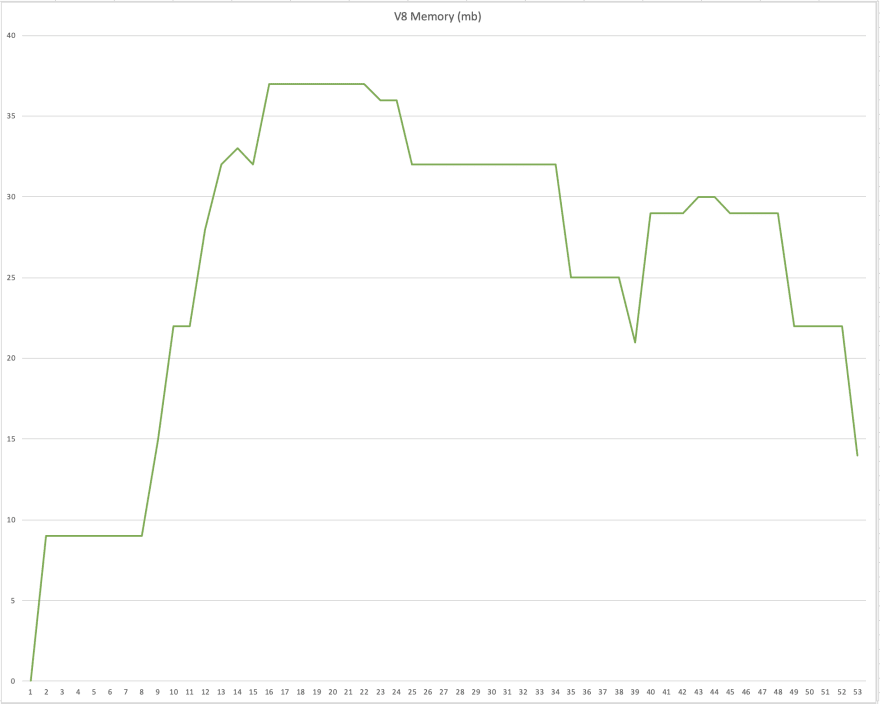 Hermes was announced @ChainReactConf on 11th July. It is an open-source JavaScript engine optimized for running React Native apps on Android. 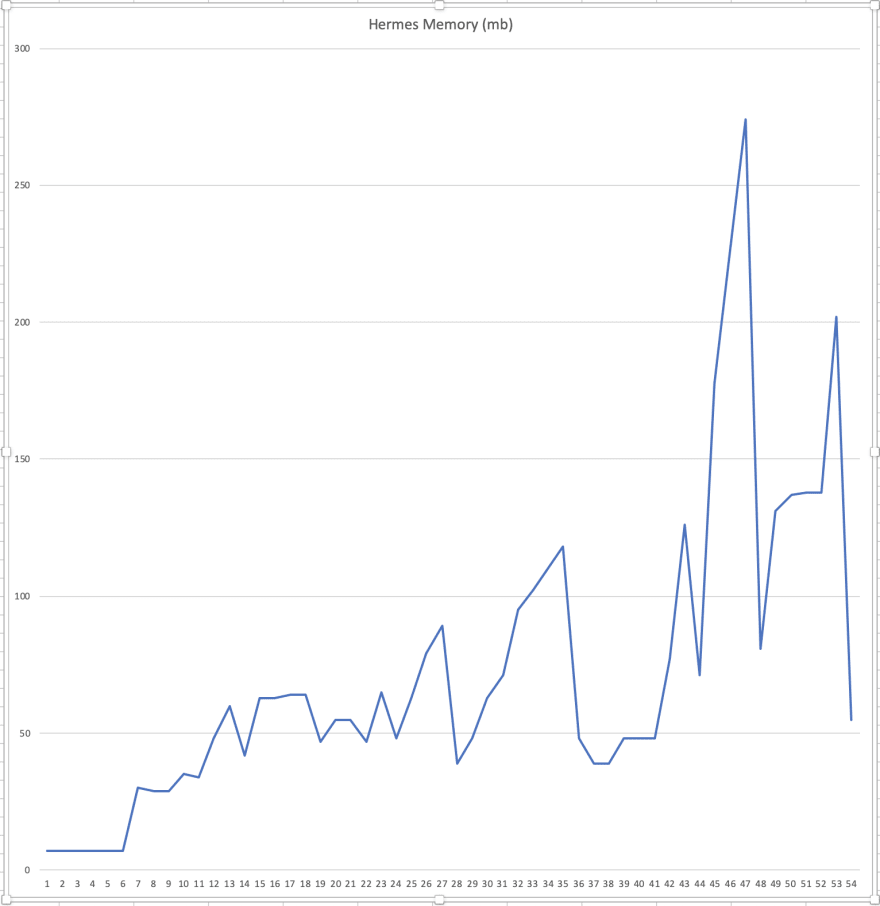 Based on the memory profiling graph react-native-v8 is the winner closely followed by Hermes. 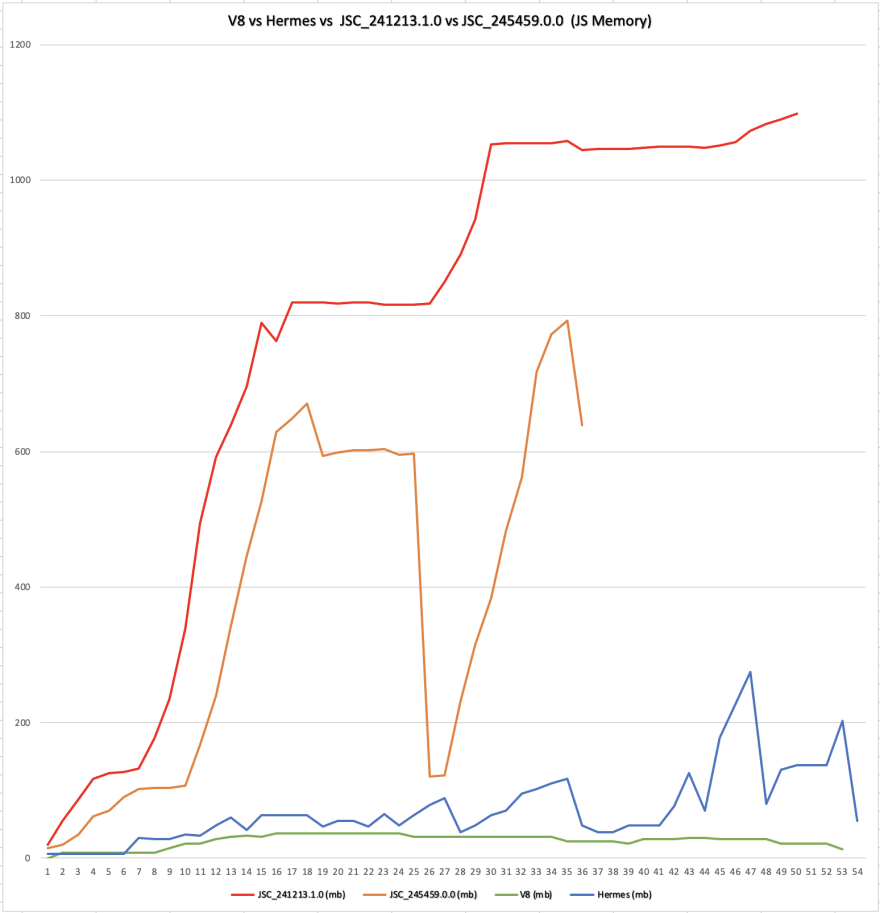 But,there is no one silver bullet for choosing JS engine in react-native it all depends on ones use-case. It is very important to measure your app performance against different JS engine and go with the one which suites you the best.

It's good that now react-native is giving options to the user to choose JS engine based on the use case.

Once suspended, anotherjsguy will not be able to comment or publish posts until their suspension is removed.

Once unsuspended, anotherjsguy will be able to comment and publish posts again.

Once unpublished, all posts by anotherjsguy will become hidden and only accessible to themselves.

If anotherjsguy is not suspended, they can still re-publish their posts from their dashboard.