I'm going to take you on a wild story that I tell everyone because I find it so exciting. It's been taking up the top spot as a pinned tweet on my Twitter and I just want to get my personal obnoxious story-sharing out of the way with this article so I can stop annoying people with it :) 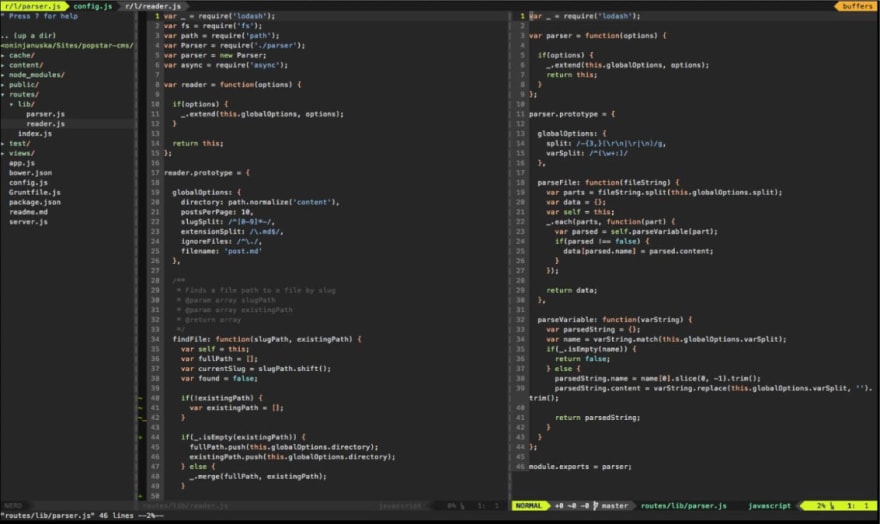 A few years back, I set it as my new banner image on LinkedIn when they introduced that feature on profiles. I thought it was kind of neat. I did not share that image anywhere else.

It's my custom VIM setup that I used back then. In VIM, you can see that I have a project opened called popstar-cms and a file called reader.js. I mention this so that you know that the code written there is specifically my code.

Also note, I'm importing lodash at the top and that this project at this point in time has no license file.

At some point in time, I checked who viewed my profile on LinkedIn. Among a bunch of recruiters, unknown names, and whoever else, there was a single Ubisoft employee but I'd have to pay LinkedIn for a premium membership to reveal who that person is.

I didn't think much about it. All kinds of people view my profile. Maybe it was one of their web developers. Who knows.

Sometime later, I saw a tweet by John-David Dalton (creator of lodash). Around this time, it was quite a meme that Lodash was in everything. Everyone was using it and that was the joke so it didn't come as a surprise that lodash would show up in a random video game called Watch Dogs 2:

I remember idly liking the tweet without inspecting it. I was using lodash as well and the joke held true. I thought it was funny.

And then Dalton took the time to figure out that it's my project and tweeted @ me:

I was really surprised to see a tweet from him and I was beyond ecstatic to find out that my code ended up in an AAA game! I've heard of Watch Dogs and its sequel, I've never played it but I thought it was really really awesome. And of course, I told everyone about it.

Let's not forget to credit Paul who took the original screenshot.

(note: the project that Dalton tweeted at me was the wrong one, the banner app was a fork off the previously mentioned popstar cms)

The screenshot is of a monitor at the hideout of a hacker collective called DedSec in a game called Watch Dogs 2 which was created by Ubisoft Canada -- and noooooow the random Ubisoft employee visit makes sense!

So before I leave this story alone (I mean, the big reveal already happened), I wanted to compare the two screenshots: 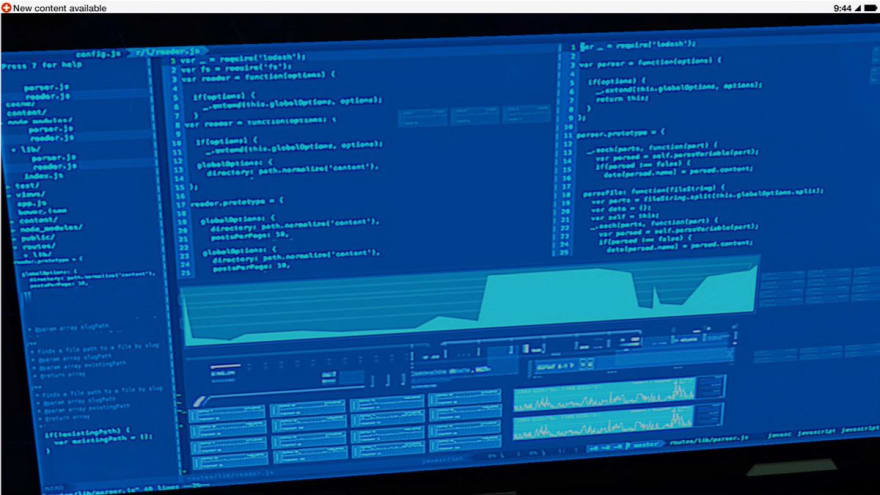 Ubisoft altered my original in a few ways:

I was really excited about all of this at the time so I decided to share the story on Reddit and WOW. I did not expect people to be so crappy. Long story short, most people thought that the code in the DedSec screenshot had nothing to do with my screenshot which is just weird to me. I mean, they even copied my JSDoc code comment. Anyways...

A lesson for everyone: just don't go on Reddit. If you want to be part of a good tech community, stay here on dev.to or go to Twitter (if you dare).

Why mention the license?

Ok, so people on Reddit did have one good point. Ubisoft used my copyrighted screenshot without permission and they published portions of my code which was free to view on Github, but wasn't free to be used/copied/etc. in any way. I'm sure that this qualifies under fair use; however, I'm not a lawyer 🤷‍♀️.

I'm not mad about it, and geez, I won't make a stink about it, but it is interesting to me and makes me wonder how many other assets companies use without letting the creator know, without crediting them, and literally erasing their name from the assets so they could use them.