We're building Appwrite, an open-source Backend-as-a-Service (BaaS), packaged as a set of Docker microservices, to give developers of any background the tools necessary to build modern apps quickly and securely. Come chat with us on Discord.

Git and Docker Are Hard

I like terminal apps for the same reason I prefer Vim in a tmux session over VSCode: I need a simple, fast interface to complete my job quickly. Docker 🐋 and Git are ubiquitous in the development world, but just like Vim, take a lot of effort to learn all of the power they offer. In short, git and docker are hard. 🤕 What’s a rebase? What’s that command to shell into a container? How do I resolve a merge conflict? If StackOverflow is any indication, these tools are confusing at least.

Docker and Git are wonderfully powerful CLI tools, but I have to remember which command to use. 🤔 Even more, I only have access to the information I specifically request, which slows my workflow. To assist in development, I reach for the wonderful lazygit and lazydocker, both developed by Jesse Duffield. They’re both written in Go and each provide a mouse-friendly terminal interface 🖥️ to work with git repositories and docker environments. They’re most impressive in action: 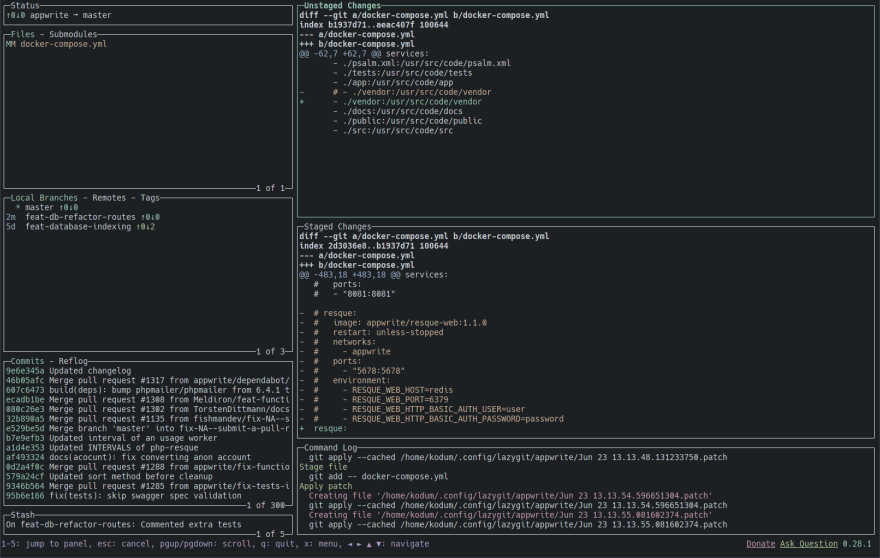 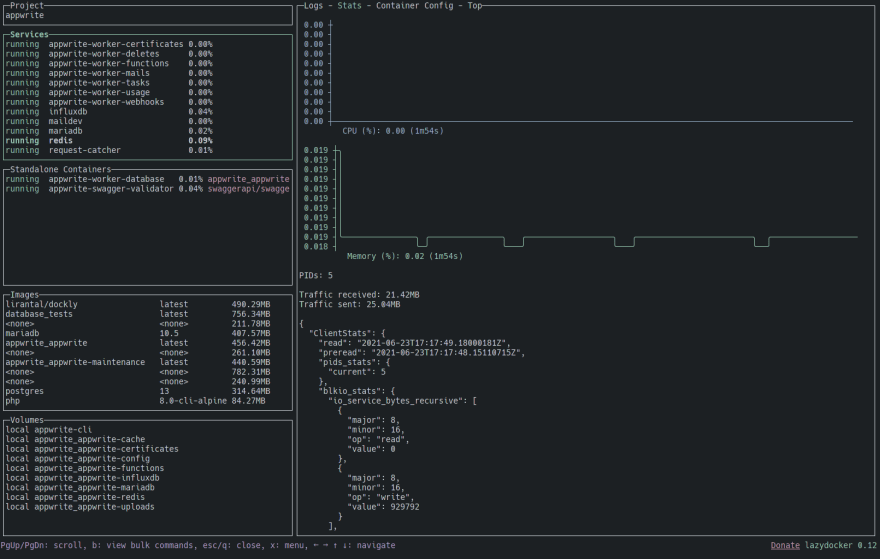 Both of these products have helped me save loads of time ⌛ and effort while traveling my path as a developer. If you're new to git or docker, or are just a bit lazy like I am, check out these products for yourself.

Since Appwrite is open-source, we understand the challenges that OSS projects face. If you fall in love ❤️ with an open-source project (like we have), consider checking out ways to contribute. Most OSS projects happily accept contributions in their own way, whether they be in the form of commits, bug 🐛 reports, advocacy, or even monetary 💰 support. If you love lazygit and/or lazydocker, consider joining us as a GitHub Sponsor. Or, if you're interested in contributing to Appwrite, check out our contribution guide.

Check out Appwrite as the backend for your next web, Flutter, or server-side application. Here are some handy links for more information:

How I Build ERP Software With Django

Once unpublished, this post will become invisible to the public and only accessible to kodumbeats.