A complete Laravel, PHP Development environment that is very similar to production environment.

Clone the repo at your development machine. Go to your Laravel Docker directory. Then Run this

A bash script will download latest Laravel zip and then unzip the Laravel project into the app directory.

To update Laravel version before installaiton, edit the install file in root directory.

Run this to build your docker containers for each services (app, database, queue, scheduler, redis).

To run the services at background

SSH into your app console

There are many other docker images are available in GitHub for Laravel app development. But most of them are either too complicated, very heavy image size, or doesn't allow to run Queue in Redis or manually need to test scheduler by running php artisan command. To overcome these issues, I worked on this Docker Compose structure to run the App, Queue and scheduler in different services where Nginx, MySQL and Redis services are shared where needed.

For new project, first you need to clone the repo from Github

and then need to run sh install from the rood directory of the cloned project. It will download Laravel and unzip in a new directory which is called app. 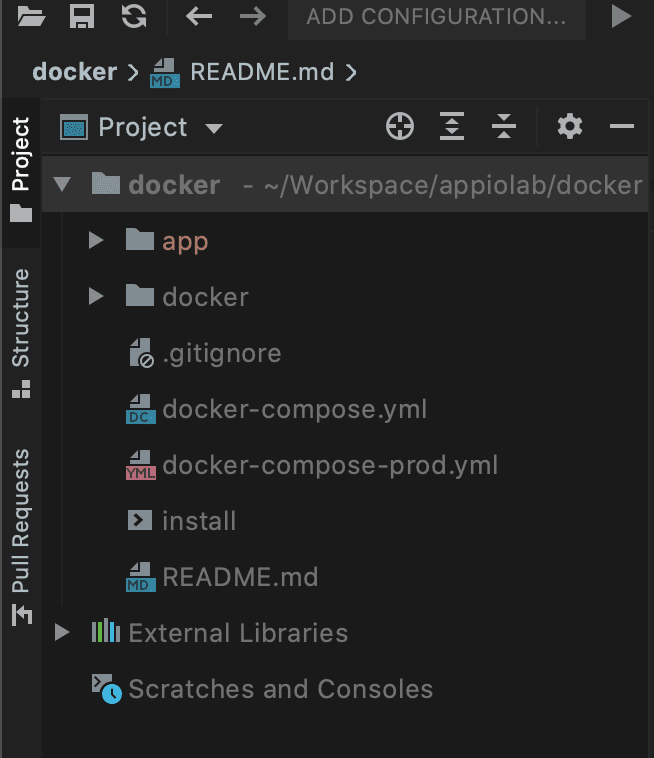 After the directory is created, need to run the command bellow to build the images.

A full set of commands to manage docker containers can be found in the Readme.md file.

To run the services at background

Run docker ps to see the containers running in background.

Run docker stats to see the memory and cpu usages of the containers.

SSH into your app console

This will take you to /var/www/app path inside your app service container. Now you can run your composer install and other Laravel or PHP specific commands there.

If you want to change, enable/disable any PHP settings, you can change them in ./docker/config/php/php-ini-development.ini file and then build and up the container again.

MySQL username, password can be changed from docker-compose.yml file. Fin the environment section under mysql. Change the value and build the mysql image again with docker-compose build mysql.

After you change the value and build, you need to restart the mysql service docker-compose up mysql to make it affective.

If you want to change Nginx web host configurations, you can find the file at ./docker/images/web/sites/default.dev.conf

This Laravel-docker-app leverage the power of docker volume and store some the docker container data at your host machine. Here is the details of folder structure and what data it contain:

At the moment, there are many other Laravel Docker github repo or packages available, so why this new package again? Here I'll list few of my points:

You can find your site running at http://localhost

What Database to use?

Once suspended, arifulhb will not be able to comment or publish posts until their suspension is removed.

Once unsuspended, arifulhb will be able to comment and publish posts again.

Once unpublished, all posts by arifulhb will become hidden and only accessible to themselves.

If arifulhb is not suspended, they can still re-publish their posts from their dashboard.

Once unpublished, this post will become invisible to the public and only accessible to Ariful Haque.

Thanks for keeping DEV Community safe. Here is what you can do to flag arifulhb:

Unflagging arifulhb will restore default visibility to their posts.