It probably happened to you that after making lots of changes to some code files, you see one of those changes is ready so you decide to commit only this single change (maybe because you want to share it with other colleagues or maybe the client is asking to have this change ready).

So you open your terminal and run the git diff command on the file where your change is and see the following output: 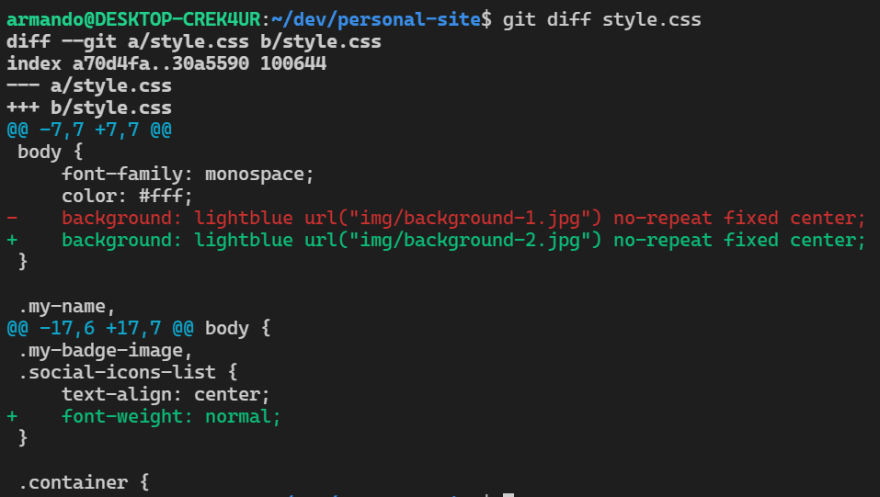 And there it is, the part of the file you want to commit is the where the line font-weight: normal; is added. But there is also another change in this file.

So using git add style.css isn't an option for this scenario, as it would be introducing two different changes into the commit I want to share. 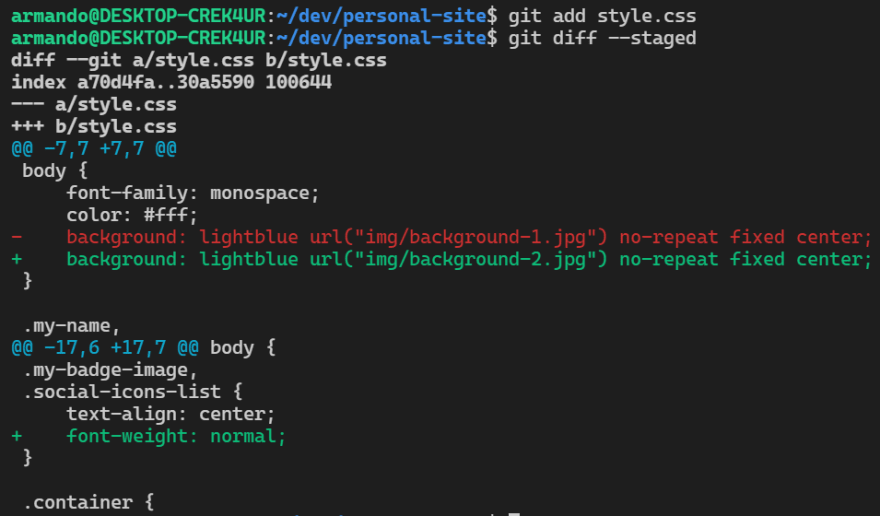 The solution: the --patch argument

So the solution to this usual scenario (it has happened to me a million times) is adding the argument --patch to the git add command.

Doing this will prompt us for each change (or hunk) we have in our file if it should be part of our changes to be committed.

And as you can see, now git is asking us if the line that contains the change to the background should be included or not.

We can input y for yes or n for no, or simply input a ? to get a description of each option.

So we decided to not include the first hunk and then include the second one as we can see in the image below: 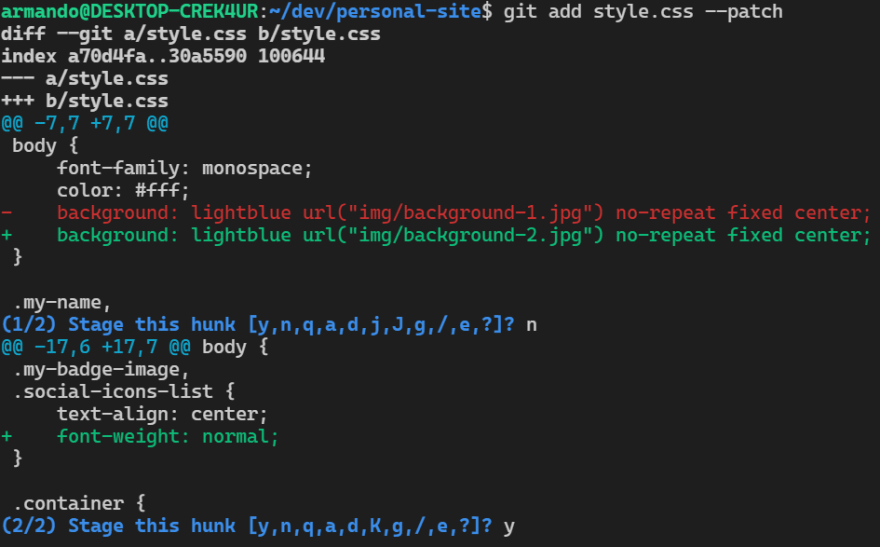 Then if we inspect our staged changes there's only the changes we want.

Why would I ever want to commit one part of the file?

In git there is a concept called "atomic commits", which are commits that only contains a single logical change to a part of the code.

Using atomic commits makes our repositories easy to navigate and to inspect, and has a lot of benefits for teams that needs to review older parts of the code in order to fix a bug for example.

What is Self-service Analytics and how does it work?

Armando Serna Gutiérrez
How git manages versions of our files
#git #programming #devops
AWS: How to schedule launch and termination of an EC2 instance

Once suspended, armandosg will not be able to comment or publish posts until their suspension is removed.

Once unsuspended, armandosg will be able to comment and publish posts again.

Once unpublished, all posts by armandosg will become hidden and only accessible to themselves.

If armandosg is not suspended, they can still re-publish their posts from their dashboard.

Once unpublished, this post will become invisible to the public and only accessible to Armando Serna Gutiérrez.

Thanks for keeping DEV Community 👩‍💻👨‍💻 safe. Here is what you can do to flag armandosg:

Unflagging armandosg will restore default visibility to their posts.