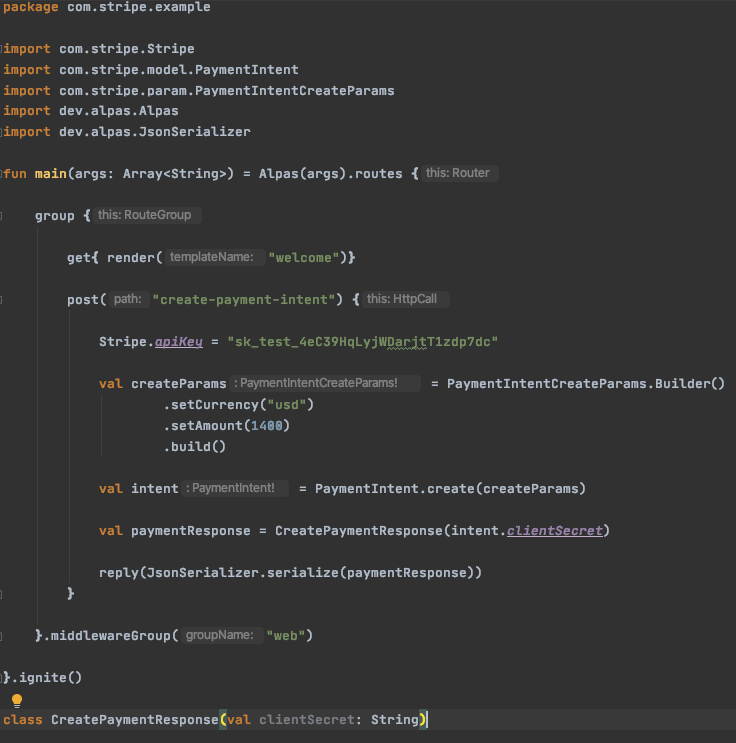 Previously, I showcased using Alpas for a Stripe payment example. I used the standard file structure to create that example and showed how you can easily add Gson into the Alpas framework.

However, after looking through my previous post and while thinking how concise Alpas is as a framework, I wanted to tweak the example a bit to reduce the code and show off Alpas’s conciseness.

The result is the image at the top of this post.

In the revision, I brought everything into a single file, simplified the routes, removed some unnecessary code, and switched from Gson to Jackson, which is already built into Alpas.

The result is a nice, clean, single page of back-end code that works with Stripe’s payment example.