Code coverage is an important quality metric that determines the number of lines of source code that is tested & covered by automated tests. Usually, developers achieve code coverage close to 80% by writing unit tests (most popular tests to generate code coverage).

In general unit tests targets happy paths, core business logic, and rarely sad paths. Most likely they can give us close to 80% of code coverage. The remaining 20% of source code might be responsible for handling external interfaces and exceptions/errors. Unit tests generally omit testing external interface logic that interacts with outside applications & databases.

Testing the external interface logic at the early phases of SDLC is very critical for delivering a quality software product.

API testing is critical for automating testing because APIs now serve as the primary interface to application logic. API tests could greatly improve the code coverage of applications and the overall confidence in the product.

Let's see how to get code coverage from API tests.

In this example, we will be looking at a basic Node.js web application.

Look at the sample web app server written in express. (Express is a minimal and flexible Node.js web application framework)

To run the application, execute the below command in terminal

To run the tests, execute the below command in terminal

We have seen how to run the application & execute tests against it. To generate code coverage from API tests, we will be using an npm package called nyc.

Now run your application with this magical tool nyc. 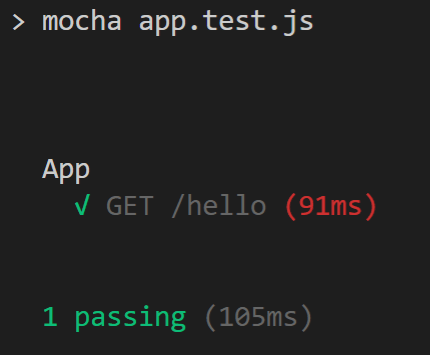 Stop the application by pressing CTRL + c. Now the nyc tool will generate and display the code coverage in the terminal.

For real and complex web applications, the code-coverage setup might not be straightforward. It might require additional steps and advanced configurations.

Importance of API testing is growing day by day. Not only using these tests for validating applications but also for generating code coverage metrics is an added advantage.

In most scenarios, a simple API test could cover a big chunk of source code. It means with fewer API Tests we can get more code coverage and confidence in the application.

Once suspended, asaianudeep will not be able to comment or publish posts until their suspension is removed.

Once unsuspended, asaianudeep will be able to comment and publish posts again.

Once unpublished, all posts by asaianudeep will become hidden and only accessible to themselves.

If asaianudeep is not suspended, they can still re-publish their posts from their dashboard.

Once unpublished, this post will become invisible to the public and only accessible to Anudeep.

Thanks for keeping DEV Community 👩‍💻👨‍💻 safe. Here is what you can do to flag asaianudeep:

Unflagging asaianudeep will restore default visibility to their posts.