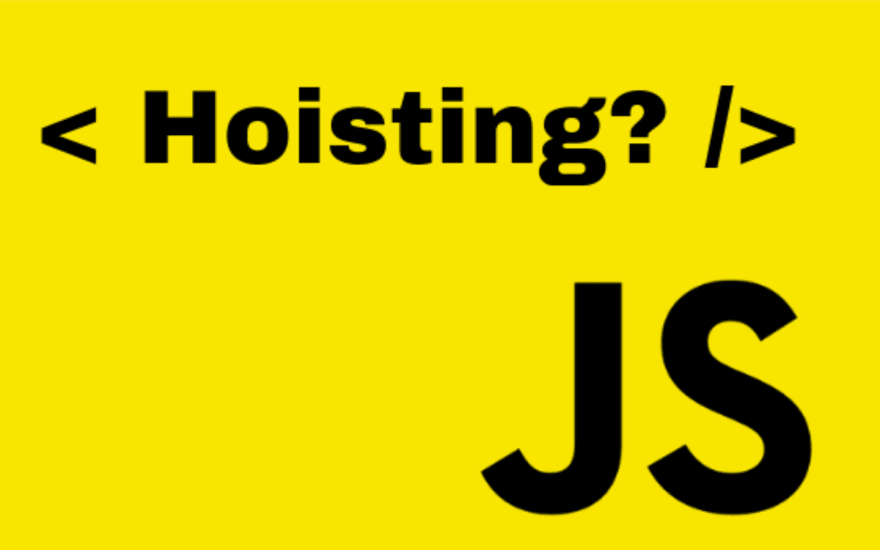 Hoisting is the mechanism where the JS interpreter scan the code and hoists the variables and functions at the top so that they can be accessed before declaring them.

After hoisting, the above code looks like the code snippet written below

Hence the first line of console.log(name) outputs undefined instead of throwing an error.

let and const
They way hoisting is handled with let and const is different than how var is handled. We wont be able to access the variable until it is declared.

Lets look at the previous example with let keyword

This happens because, in case of var, before executing the code line by line, variables are declared and initialised with undefined. But, let/const doesn't get initialised until it finds the initialisation in the code. So, when we try to access the variable, it throws an error.

In JS there are three ways of in which we create function.

When the interpreter scans the JS code, regular function definitions are hoisted at the top and made available at all other places

Once this code is hoisted it looks as below

console.log(add(4, 5)) //throws error add is not a function
var add = function (a, b){
return a+b;
}
functions Expressions are not completely hoisted in JS, Instead only declarations are hoisted bcz, it is only recognised as variable.

In the same way, when a function is referenced using let keyword, hoisting behaves the same way as that of regular let.
Ex:

Just like function Expressions, arrow functions are not hoisted in JS

Once suspended, ashas22 will not be able to comment or publish posts until their suspension is removed.

Once unsuspended, ashas22 will be able to comment and publish posts again.

Once unpublished, all posts by ashas22 will become hidden and only accessible to themselves.

If ashas22 is not suspended, they can still re-publish their posts from their dashboard.

Once unpublished, this post will become invisible to the public and only accessible to AshaS22.

Thanks for keeping DEV Community 👩‍💻👨‍💻 safe. Here is what you can do to flag ashas22:

Unflagging ashas22 will restore default visibility to their posts.