Skeleton screens are a way of communicating to the user that content is loading. They go by many names: content placeholders, interface previews, skeleton patterns, to name a few. It’s likely you’ll have seen them before, as they’re used by some big companies like Slack, Facebook and Medium. 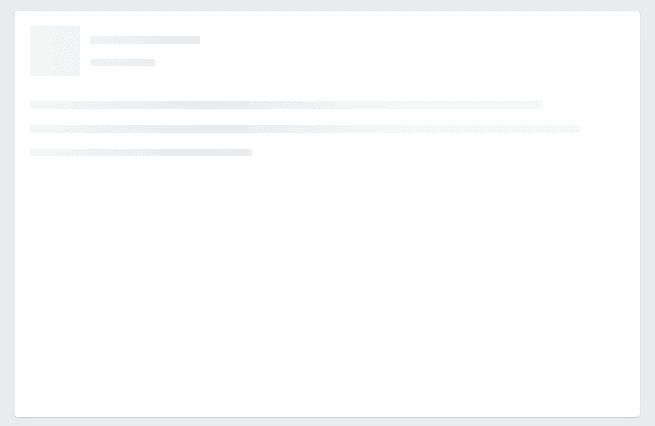 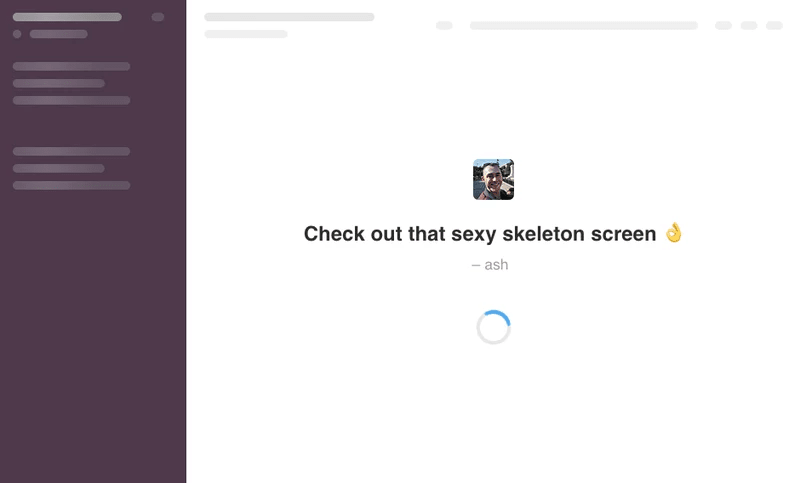 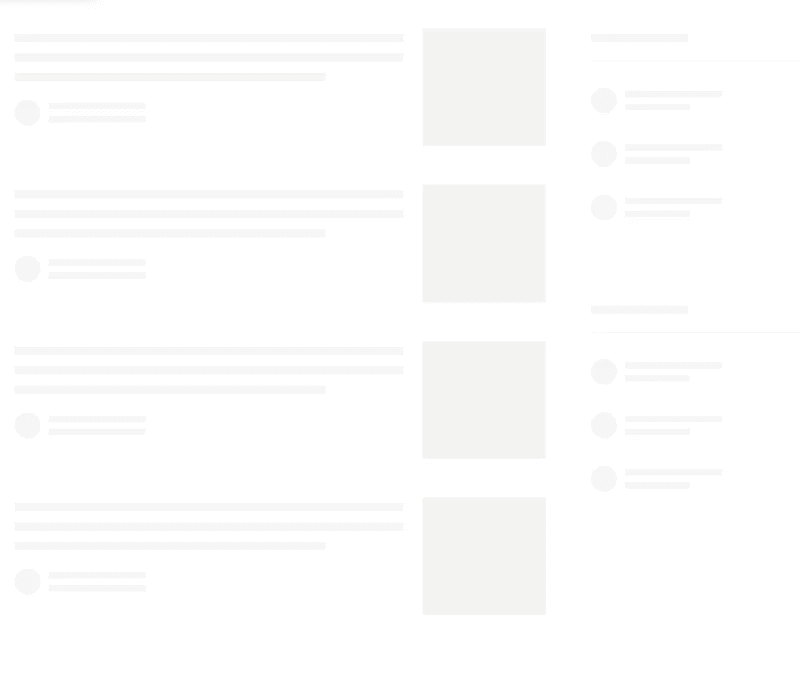 They aren’t exactly a new thing, Luke Wroblewski introduced the concept during the development of his Polar app (now acquired by Google) all the way back in 2013. They're now seeing more widespread adoption and for good reason.

When content is loading, either on page load or after an interaction, it's important to communicate this to the user in an appropriate way. Skeleton screens give us the opportunity to indicate the type of content that's loading, which helps increase the perceived performance of our interface:

"Perceived performance is a measure of how fast something feels to the user. The idea is that users are more patient and will think of a system as faster if they know what's going on and can anticipate content before it's actually there. It's a lot about managing expectations and keeping the user informed."

It also gives a much smoother transition when the skeleton screen is removed and the content is shown.

"With the introduction of these progress indicators, we had made people watch the clock. As a result, time went slower and so did our app."

It's also quite a jarring experience to see a small progress indicator replaced by a large chunk of content.

When animating web elements, it's important to prioritise performance. The last thing you want is for your skeleton screens to cause unnecessary load on your device, slowing down your webpage and creating a janky experience for the user.

I had three simple requirements when creating them to ensure high performance and flexibility in use:

To have as few animating elements as possible, there’s a small bit of visual trickery going on. We only have one element animating, then we overlay white lines to make it appear as if there are many elements being animated. In the example below the overlay can be toggled on and off:

To reduce the markup, the overlays are created using linear gradients. This ensures that they will repeat endlessly, regardless of the height of the component. This means if we want a skeleton screen to have more repetition, for example showing eight lines instead of four, we can simply change its height using a modifier class:

This makes the components scalable and flexible without the need for extra, repetitive DOM elements.

I won’t dive into the code, but it can all be seen in the codepen above. It utilises several SCSS variables and mixins to make customising it as easy as possible.

It’s a good idea to check the skeleton screens are as performant as can be to ensure the best user experience. Thankfully Chrome Developer Tools makes this ver easy with its frame-rate meter found in Render Settings (click here for instructions).

As you can see, our frame rate is a fairly consistent 60fps. This means our skeleton screens are performing well and not negatively impacting the page.

And there we have it. We now have in place lightweight, performant, and flexible skeleton screens to help create a better user experience.

If you like React, Next.js and front end development, feel free to follow me and say hi on twitter.com/_AshConnolly! 👋 😃

Understanding the .map(), .filter() and .reduce() array methods in Javascript.

Journal: The Story of My Imposter Syndrome

How To Create A Timer With React

Ash Connolly
Software Engineer @skybet, building Next.js React apps for millions of users. Over 9 years experience and worked with clients like the BBC, WWF, and Microsoft. Follow me on Twitter for more tips!
Prevent "window is not defined" Errors With a useClientSide() Custom Hook
#nextjs #react #javascript #beginners
How To Quickly Add Cypress To Your Next.js App
#react #beginners #javascript #nextjs
How To Quickly Add Jest To Your Next.js App
#nextjs #react #beginners #javascript

Once suspended, ashconnolly will not be able to comment or publish posts until their suspension is removed.

Once unsuspended, ashconnolly will be able to comment and publish posts again.

Once unpublished, all posts by ashconnolly will become hidden and only accessible to themselves.

If ashconnolly is not suspended, they can still re-publish their posts from their dashboard.

Once unpublished, this post will become invisible to the public and only accessible to Ash Connolly.

Thanks for keeping DEV Community safe. Here is what you can do to flag ashconnolly:

Unflagging ashconnolly will restore default visibility to their posts.