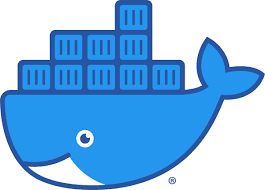 Docker has made the life of a Software engineer easy. The whole "It was working on my machine" problem has a one-stop solution. Docker has introduced a way of standardizing the isolation of software into a container. This isolation helps developers to define dependencies and have predictable behavior of the developed software.

For many developers today Docker is a defacto standard to build a containerized application. But what makes Docker so good at what it does. Docker uses virtualization to accomplish the isolation of software from other processes.

Let's see how OS runs on the system:

The kernel is the central module of an Operating System. It is the part of the operating system that loads first and remains in the main memory. Processes running on the system communicate with the kernel that in turn talks with the hardware. 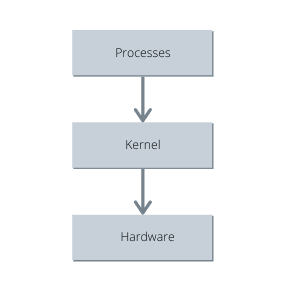 Processes talks using System calls. A System call commonly knowns as syscalls is a programmatic way in which a process or a computer program requests a service from the kernel of the operating system on which it is executed. Using Namespaces we can segment out harddrive to have different versions or isolated resources per process or a group of processes.

Docker leverages these techniques to isolate the software from the underlying hardware. Docker works by making images of the software in a container with the required amount of dependencies and hardware, required to run the software not more or less. Images are basically a snapshot of the filesystem, a Startup command, and the required dependencies in a closed and concealed container providing developers to expect predictable behavior of the environment the software is running in. 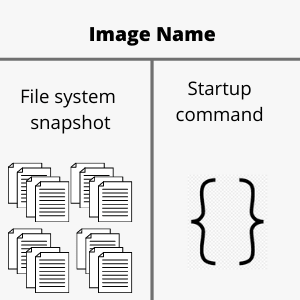 One can create a Docker image using a Dockerfile. Dockerfile is a set of instructions that leads to the creation of a Docker image and later on, can be used to create any number of Docker containers to run the application. As the set of instructions remains the same after the creation of the image it's behavior remains unchanged.
Building a Doker image is fairly simple if one knows what is required for the piece of code to run perfectly. One can follow the steps and can create Docker images with ease.

What is a Docker image

Docker image is more like a blueprint for creating containers of sorts. We can compare it with java classes only with memory allocated to the images on the hard drive. These images act as a template or basis to create a docker container which actually runs the application.

How to create a Docker Image:

Getting the base image

It is the most important step of the docker image creation process to define the base image. This helps us to leverage the benefits of using an already built image of sorts. In the above example, I have used a Node image to start with. The node image is pulled from a public repository called the Docker Hub. By using a node image I don't have to do the manual work of installing node into my image it is preconfigured by the node image provider.

The FROM command takes in the name of an image and the tag if we want to specify. By default, if not specified the docker daemon pulls up the latest version of the image available. We can specify different tags that are available to us on the Dockerhub. The syntax is:

Alpine Linux is a Linux distribution built around musl lib and busybox. The size of an Alpine image is about 5MB and has access to a package repository making it a great image base for utilities. We could have used an Alpine image as a base image and then installed node into it, but it would increase the number of lines we. need to write in the docker file.

We can use the COPY command to copy the files

"." is a wildcard that can be used to copy all the files in the current directory.

Using this step we can certain commands in the docker image such as installing dependencies or getting something from the internet. This step helps us to do anything in the image which we would generally do in our local machine to make sure that our program runs properly.

We can make use of RUN command to run the configuration or any other command such as npm install.

This step is a crucial step for the creation of a docker image as it specifies the default command which is to be used while creating and starting the container. The Startup command is what docker runs when we create a container out of a Docker image and try to run it. We can specify the startup command using CMD command.

This can be anything such as java -jar myjar.jar if we want to execute a jar as our primary command

Command to create a docker image from a Dockerfile:

We can create a docker image using the above syntax in the terminal. The -t flag helps us to specify tags to the created image for later use. We can start the container using the tags we specify while building the image.

Command to run a Docker image

When we build an image in docker we get back an image id which can be used to fire up a container. we can also use the tag we used while building the image. If the Docker daemon doesn't find an image with the specified tag, It will look into docker hub repo for the tagged image. If an image is found on the Dockerhub docker will pull that image and start a container from it.

This is just a gist of what Docker has to provide. This blog is just for getting started with Docker. There is a lot more that we can do by leveraging the features and tools provided by Docker.

Once suspended, ashwani1218 will not be able to comment or publish posts until their suspension is removed.

Once unsuspended, ashwani1218 will be able to comment and publish posts again.

Once unpublished, all posts by ashwani1218 will become hidden and only accessible to themselves.

If ashwani1218 is not suspended, they can still re-publish their posts from their dashboard.

Once unpublished, this post will become invisible to the public and only accessible to Ashwani Pandey.

Thanks for keeping DEV Community 👩‍💻👨‍💻 safe. Here is what you can do to flag ashwani1218:

Unflagging ashwani1218 will restore default visibility to their posts.