On Wednesday, February 7, 2018, Laravel 5.6, was released to the public. It's a major release to the most popular PHP framework on GitHub as of this writing. Furthermore, Spark 6.0 was also released alongside Laravel 5.6. According to the policy laid down by the Taylor and the core team, major Laravel framework releases are released every six months (February and August).

In this article, I'll cover the new features in Laravel 5.6 and several other changes and deprecations. 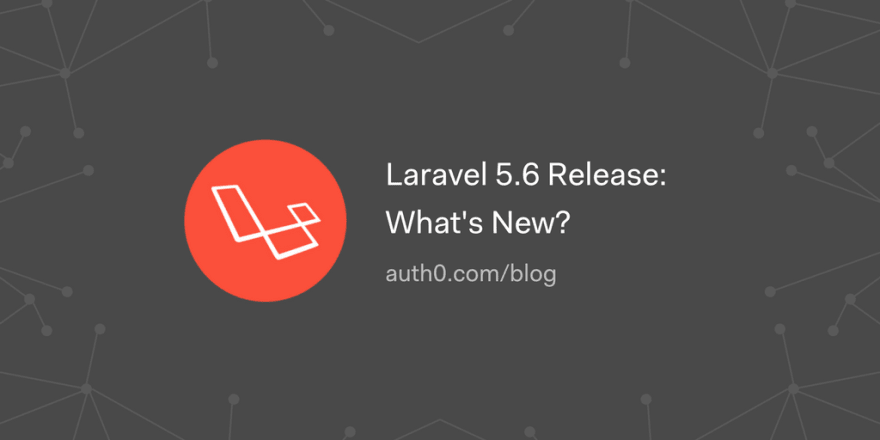 I love reading and asking questions. Social Media and Content Strategy at @auth0 🌟

Auth0
Auth0 offers an identity and access management solution that works out of the box from day one, with the ability to customize, extend, and build new features when you need them. Identity might be complex, but dealing with it shouldn’t be.

How a Culture of Testing can assure your application's quality

Auth0
@auth0
Identity Is Complex. Deal With It.

Check out the Auth0 Blog 🔐 to learn everything you need to know about Identity Infrastructure, SSO, JWT Authentication, Web App Security, and more!