Ever wanted to take the plunge and see what it looks like to build a complete serverless app from scratch? Let's just do that!

In this article we will go through all the steps to bootstrap, build and deploy a complete application using the Nitro stack: Angular for the frontend, NestJS for the backend and Azure Serverless platform for deployment.

The app we will build is a simple "random cat fact" that will fetch an interesting cat fact from our API and display it on a web page, like this:

Here is the final project source code on GitHub.

What will you learn here?

In this article, we will:

Reference links for everything we use

An Azure account is also needed to create resources and deploy the application. If you don't have an account, you can create one for free using this link (includes free credits, more than enough to cover usage for this article).

Let's create a new folder in which we will put both the frontend and backend code.

We will first build the API to get random cat facts, then build the frontend that will use and it and display the fact on a web page.

The backend for our application will be built using NestJS.

If you're not familiar with NestJS, it's a TypeScript Node.js framework that looks a lot like Angular and helps you build enterprise-grade efficient and scalable Node.js applications.

Use the following commands to install the NestJS CLI and create a new server app:

Then we use the NestJS CLI again to create a new controller:

Open the file src/facts/facts.controller.ts and add this cat facts list after the imports:

Then add a new method in the existing FactsController class, like this:

Now let's break down what we just did:

Combining the controller path prefix with our request handler path, NestJS will create the GET /facts/random HTTP endpoint.

This endpoint will return a status code 200 and the associated response, which in our case is just a string.

You can look at the NestJS controller documentation for the list of all annotations and options that can be used to define endpoints.

A common good practice is to define a global path prefix for all your endpoints, making it easy to later version your API or expose it alongside static assets.

You can do this in NestJS by editing the src/main.ts and call the setGlobalPrefix() method after the app creation:

After this change, our HTTP endpoint will be GET /api/facts/random.

Our server is now ready for local testing, you can run it with the command:

After the server is started, you can test if our API is responding properly using curl:

You should see a random cat fact in the console each time you invoke this command. You now have a working API! 🎉

Let's keep the server running, open a new terminal and move on to the frontend.

Time to build our web app to display the cat facts! 🐈

We will use Angular to build the frontend for our application, and explore some of the CLI options to make it easy to work with our server API running locally for development.

Let's install the Angular CLI and use it to create the client app with these commands:

First, let's add a new apiUrl property to our environment config in src/environments/environment.ts, so we can tell where to consume our API for development (we will take care of the production URL once our server is deployed):

Using just the relative path /api means that we will do our API calls on the same domain as the client, so we have to set up a proxy for Angular CLI dev server to forward these calls to our API server running locally.

To do that, we will create a new file proxy.local.js at the root of our client project:

Then we will add a new NPM script to our package.json file to use it:

Now we can run the command npm run start:local, and the Angular CLI will start a dev server with a proxy to consume the API of our running local NestJS backend.

Fetch a random fact and display it

To fetch data from our API we will use Angular built-in HttpClient, so we first have to import the module in src/app/app.module.ts:

Then add the module to your AppModule imports declaration:

After that, open src/app/app.component.ts and change it to make the API call:

The important part is this code:

Here we use the Angular HTTP client injected in the constructor to make a GET HTTP request to our cat facts API, using the apiUrl prefix from our environment config. Since our request result is just plain text and not a JSON object, we also have explicitly set the response type to 'text' so Angular won't try to parse it.

Note that this line will create the fact$ observable, but no actual HTTP call will be made until we subscribe to that observable!
For that we will use the AsyncPipe in our template which will automatically subscribe/unsubscribe from this observable.

Now edit src/app/app.component.html and replace all the boilerplate HTML to display our cat fact instead:

We used the async pipe here to do all the magic: it will subscribe to the fact$ observable, wait until the data is received to display it, and take care of the cleaning by unsubscribing when the component is destroyed.

Make sure your API server is still running, and run the dev server for your frontend with the command npm run start:local if it's not done already.

Open the URL http://localhost:4200 in your browser, and you should see something like this:

Your app is working (locally)!

Let's add a bit of CSS to make your app nicer! 🦄

Open src/styles.css to add a micro CSS reset and a background gradient:

Now open src/app/app.component.css to style our cat fact, by changing the font and adding some margins:

Tip: you can go to https://fonts.google.com and choose whatever font you like the best!

Now the result should be a bit better, like this:

At this point you should have your complete app running locally, now it's time to deploy it to the cloud️.

Why serverless? Why not deploy our server on a container or an Azure App Service for instance? There are 2 main reasons for that:

First, let's update our NestJS into a serverless app so we can deploy it to Azure Functions.

Open a terminal to your server folder, and run this command: 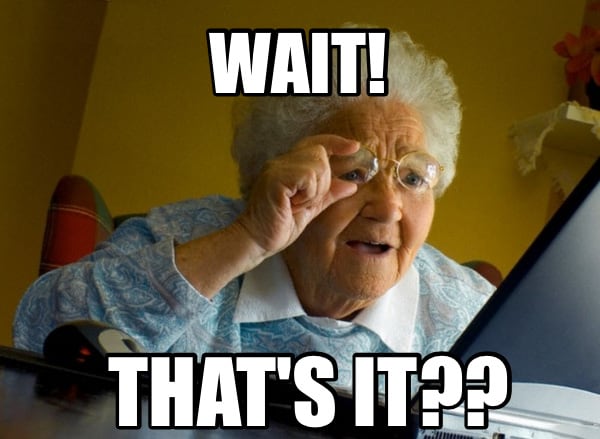 Thanks to the included schematics, your server code is now ready to be deployed on Azure Functions! And the best part is that nothing was changed in your code, it can still run locally like previously.

If you take a closer look, here is what has been added:

To be able to use the command npm run start:azure, you must install the Azure Functions Core Tools. It will install the func CLI that you can use to test your functions and deploy them to Azure.

Once you have the func CLI installed, let's test our API running on a function:

If everything is working well, at some point you should see this log in the console:

That means that your API should be working on port 7071, let's test it again using curl:

Create the resources and deploy to Azure Functions

Now that our API is ready to run on Functions, let's deploy it to the real thing!

First, we have to create some Azure resources. For that we will use the Azure CLI commands:

Now that we have the resources created on Azure, we can use the func CLI to deploy our API:

After publishing, you should see in the console the URL you can use to invoke the function, like this:

We can invoke our trusty curl command again to check the deployment using the previous URL:

Prepare the frontend for production

Now that our server is deployed, we need to add the apiUrl property in our production environment config in src/environments/environment.prod.ts, like we did previously for development:

The final step is to deploy our Angular app to Azure. For that we will use the Angular CLI with the @azure/ng-deploy package:

You will be prompted to log in to your Azure account, then you will need to choose the same subscription used for creating the resources previously.

As we want to reuse the same storage account we used for the backend, we have to enable static website hosting on it with this command:

After that you can directly deploy your app from the Angular CLI using the command:

Your app will be built for production and then deployed to your Azure Storage website container.

Once the deployment is finished, open the URL returned by the tool that looks like https://catfacts.z16.web.core.windows.net/ and voilà.

Wait a minute, it's not working! There's no cat fact displayed? 😱
If you open the console, you should see an error like this:

This error occurs because browsers block HTTP requests from scripts to web domains different than the one of the current web page to improve security.

To bypass this restriction, your web server must define specific HTTP headers to allow it. This mechanism is called Cross-Origin Resource Sharing (CORS).

CORS is already enabled by default on Azure Functions, but you must add your website domain to the list of allowed origins using this command:

If you refresh your web page, you should now see the cat fact properly.

Let's quickly review what we just did:

This was a bit lengthy, but now you have a complete end-to-end experience from bootstrapping to release a full-stack serverless app 🚀.

The full source code for the app we just built can be found here on GithHub.

We only scratched the surface here, but you have already seen how quickly and easily you can create and deploy a complete application with Angular, NestJS and Azure.

Our current app is very basic for now, but it doesn't get much harder to extend it by adding CRUD operations on a database, file uploads and so on.

Here are some article recommendations if you want to dig in further:

For a more complete example app that also includes file upload and database connection using Azure Storage, you can take a look at the Nitro Cats demo source code.