As a society, we tend to focus on titles and roles, and we forget that behind each title there is a person who has a story to tell. And truly every person’s story is unique.
In honor of International Women's day, we interview inspiring women from the community on the story of how they got into Tech, and where they are today.

In this post, I interview Eva Dovc, who is based in Belgium.

I’m Eva, a Slovenian in Brussels, and a self-taught web developer that once took a gamble that worked out just fine 😅! I quit my job at the age of 30 to learn how to code and pursue a career that would allow me to follow my wife around the world, as she’s a diplomat.

I love learning and teaching what I know to others. I’ve co-founded GirlsCode MK (UK) and includeJS (Belgium) - both initiatives are for teaching women how to code, for free.
I work remotely for a Norwegian startup called VIBBIO and have excellent home office workmates: a dog and two cats! 🐕🐈🐈 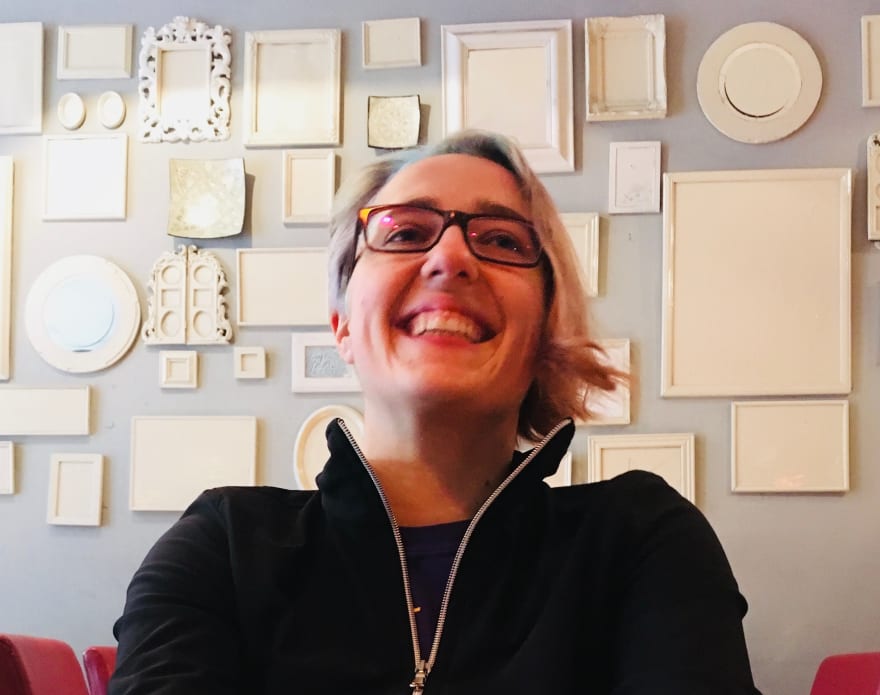 When did you first become interested in technology and what sparked this interest?
I always liked tinkering with techie things, but due to poor performance in all science subjects at school, I decided to steer away from doing anything “mathy” professionally 🤷‍♂️. Instead, I decided to study foreign languages (Mandarin Chinese and English), which took me to China where I lived for more than 5 years.

There I started working for an educational podcast to teach people how to learn Chinese and through that, I got exposed to audio and video editing, blog writing and social media. Then another hop into an e-commerce startup where I managed several websites and tried my hand at basic HTML and CSS stuff. From there I learned some basic Python to automate some of the boring processes and finally, attended a Django Girls workshop which opened the web development worldwide open. I quit my job shortly afterward. 💪

What education do you have?
I have a BA in English Language and Literature, a BA in Chinese studies and an MA in Sustainable Development. I’ve also finished a gazillion online courses ranging from design, programming languages to productivity skills and psychology. I still spend between 1-2 hours each day learning new things. 👩

Describe your way towards your first job in tech; how did you land this job?
I went the internship route and was lucky to be the recipient of both Rails Girls Summer of Code and the Outreachy scholarships. I also met a lot of people through meetups and freelance projects that I picked up here and there. Ultimately, I had great timing and caught a tweet about a job opening sent over by a former colleague of mine.

Do you have any role models that influenced you?
My mom for sure, who raised 5 kids and still managed to have a kickass career. My wife, who switched her career shortly before me and is now a diplomat. All the event organizers, volunteers, and coaches that I met in the last 3 years, who devote their time and expertise for making tech more diverse. All the girls and women who choose to become developers and are working at it hard every day, even though it’s not always easy.

Who were/are the biggest supporters in your career?
My wife has always been my no. 1 fan and supporter ❤️. She has been a believer in me even when I thought I wasn’t going to make it and all those doubts - about my age, ability to learn, technical skills - came seeping in.

I’ve also met a lot of coaches and teachers through meetups who became my friends and continue to support me today.

Tell us more about your current job – e.g. what do you like most about your role?
I work as a web developer for a small Norwegian startup. I mostly do front-end development (Sass, ReactJS), but sometimes I wander off into the back-end or the database parts as well.

For the first time since working in tech, I have a woman as a manager which automatically makes the team dynamic more comfortable (it just does!). There’s also a nice balance of being independent (and actually encouraged to make mistakes) and having help and support when I need it. The other developers in my team are keen to take on the role of mentors and although we are a fully distributed (remote) team, it just all works. 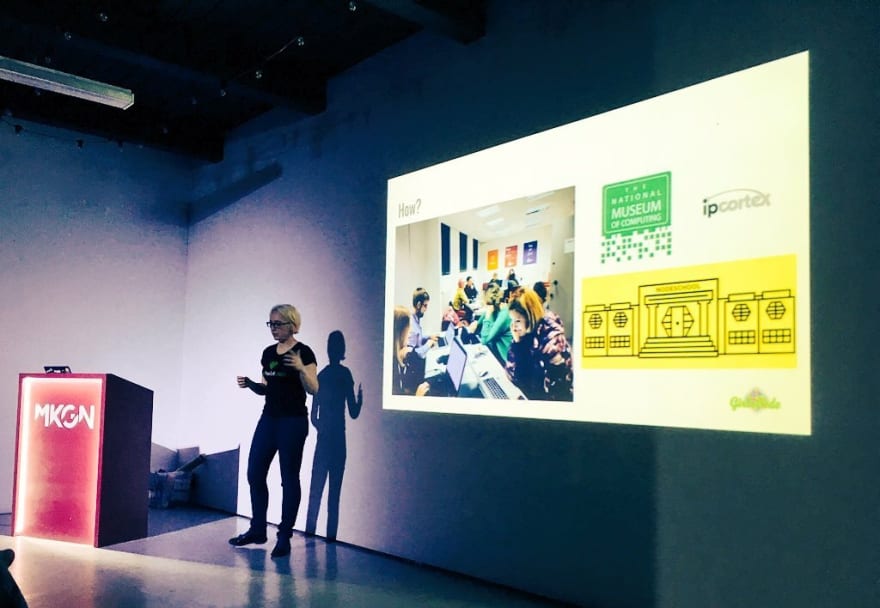 What does your typical day look like?
I am very fortunate that I can work from home so my commute can be measured in meters. I typically work 8 hours between 7:30 - 5:30 and I have time to run some errands during the day, walk the dog and play with the cats. My working hours are divided between coding, learning stuff, meetings, and pair programming.

What do you do in your free time?
I just started boxing, which is great fun (except the punching in the face bit). I organize events and go to meetups, I play table tennis, go indoor climbing and sometimes drink too much beer (I blame you, Brussels 😃).

What advice will you give to women and girls who dream about a career in tech?
Don’t compare yourself to others (a.k.a. the twentysomethings that managed to land a dream job after just 3 months of studying). Carve your own path and follow it. Be disciplined and don’t be afraid to ask questions. Realize that being a developer is not just about tech skills and that you and your life experience are enough.

Voices from Women in the digital industry Pt. 4

Reuniting with an old friend over coding

Once unpublished, this post will become invisible to the public and only accessible to Nick Trogh.