This Metaverse is going to be far more pervasive and powerful than anything else. If one central company gains control of this, they will become more powerful than any government and be a god on Earth. Timothy Dean Sweeney (Epic Games)

What is the Metaverse?

Before I begin, I would like to inform those of you who are well-versed in the Metaverse concept that this article may not be for you, that the vast majority of people I have spoken to have no idea what the Metaverse is, and it is to them that I write.

There are currently many definitions and speculations on what the Metaverse is and how it should be defined, for this article I will be sticking with a definition from the Metaverse Primer by venture capitalist and writer Matthew Ball (who was previously head of strategy at Amazon Studios):

The Metaverse is a massively scaled and interoperable network of real-time rendered 3D virtual worlds which can be experienced synchronously and persistently by an effectively unlimited number of users, and with continuity of data, such as identity, history, entitlements, objects, communications, and payments.

To put it simply, the Metaverse is a virtual universe made up of connected experiences built to be cross-platform. That is, it isn't just accessible by VR headsets alone, but a whole range of devices including but not limited to computer systems, gaming consoles, mobile phones, XR hardware not leaving out physical presence.

The term Metaverse comes from Neal Stephenson’s 1992 sci-fi novel Snow Crash, where it was used to describe a VR successor to the internet. The Novel inspired the popular Ready Player One movie, which portrays a possibility of what the Metaverse could shape up to look like. It is important to note however that the Novel proposes VR as the Metaverse of the future, but current trajectories and experts say otherwise. The Metaverse is perceived by many experts as the successor of mobile internet and 2D communications. Rather than just having access to the internet when virtually communicating with friends, the metaverse would empower us to exist within the internet in what will lead to increased Social Presence.

Social Presence and the Metaverse

Social presence is important because it goes beyond just communicating in real-time, which your phone and various meeting apps can do, to communicating and interacting as if you are physically together, with gestures, reactions, impressions, and interactions playing a very big role, my article about the impact of Social presence and Co-presence dives deeper into this.

The concept of "presence" distinguishes the Internet from the metaverse; Matthew Ball, who has written extensively on the subject, defined the Metaverse in 2020 as possessing the seven qualities, the Metaverse must:

The Metaverse will introduce a new degree of freedom in social communication. Not one person or brand can tell you how it would shape up to look like, although many companies are already shaping various aspects of its possible future.

A few weeks before Facebook's name change to Meta, Microsoft’s CEO Satya Nadella endorsed the Metaverse as a strategic goal for Microsoft, where he talked about the use of both Azure digital Twin and Azure IoT to implement Metaverse like solutions, he was also quoted saying:

"as the virtual and physical worlds converge the metaverse made up of digital twins, simulated environments, and mixed reality, is emerging as a first-class platform."

Microsoft later used the word “enterprise metaverse" in a subsequent event, making it clear that it isn’t only Facebook that has its eyes on the ball nor understands the opportunities this new and emerging landscape will provide.

The truth is we may not fully know what the Metaverse of the future will look like, the first reason being that it is at a very early stage and it is obvious that Facebook's name change and works in the hardware, software and gaming ecosystem has stirred things up, Facebook's ambition is bold, not just the name change, the Oculus Quest 2 released by Facebook has surpassed expectations with over 1.8 million units sold as of 2020, making the company one of the top deliverers of immersive experiences.

With over 3 billion users of Facebook products worldwide, a dedication to research and development, a maturing immersive ecosystem and more, their goal of creating a shared reality for more than half of the world seems like a feasible aim. However, that reality will most certainly coexist with multiple realities, it is very important to note that there are thousands of brands pushing forward the establishment of the Metaverse, an example is Vault Hill a decentralised virtual reality (VR) and augmented reality (AR) world where users can interact with computer-generated imagery (CGI) and other users and Decentraland a decentralised 3D virtual reality platform which uses the Ethereum blockchain which was opened to the public in February 2020. There are also many more brands building connected experiences and technologies that would be instrumental in shaping what the Metaverse would look like and how we will interact with it. Facebook may have changed its name to Meta, but we all hold the brush and if you are reading this, you must have noticed that the painting on the canvas has begun.

What the Metaverse is not?

Metaverse is a relatively new term in terms of it going mainstream. Because of the kind of relationship and similarities shared between it and many experiential technologies it is quite understandable that confusion may arise in trying to understand or define what it is or isn’t, this is why I will be going through a few major misconceptions and try my best to clarify to the best of my knowledge.

Taking a close look at where it is now; Players designing their own avatars from a variety of skins that span a wide range of IPs, the ability to purchase products that only exist in virtual spaces, in game-exclusive currency, the interaction between players, events such as concerts, movies, and others… etc. Fortnite may possess and are integrating attributes similar to a Metaverse, but they still have much to do in implementing the seven main qualities that define a Metaverse as stated above.

Sidenote: I think bridging these sorts of highly interactive and immersive gaming platforms, for example making it easy for players to be able to move their characters, values and more across platforms may further advance the shift towards the Metaverse. There are some things working for and against the establishment of a true Metaverse and we will discuss them down the line. 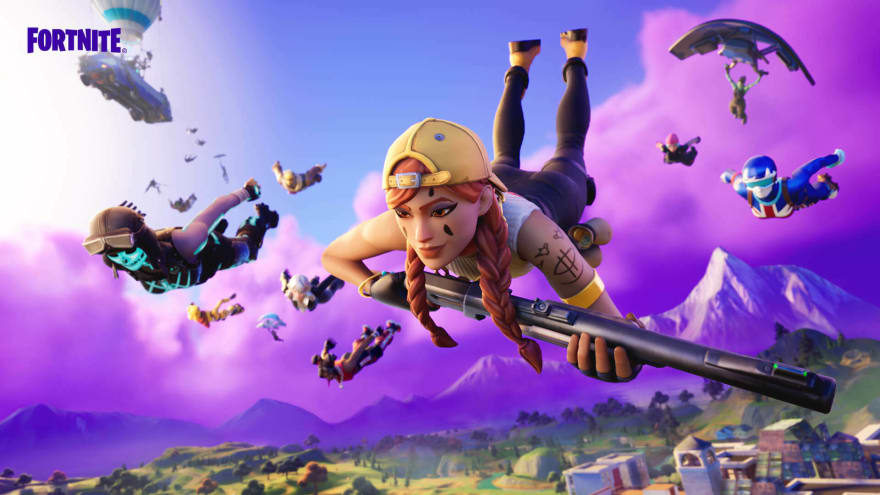 My Top 3 Predictions on the Future of Metaverse

Some things working for or against the establishment of a true Metaverse?

We should expect more, probably much more than we currently do on the impact the Metaverse would have on our lives and businesses, it is also an extremely advantageous thing that large brands with experience designing, developing and pushing out products are putting their money and workforce into this. My next writup on this will be addressing how everyday people and medium sized businesses should prepare themselves and their businesses for a future in which Metaverses exist, either fully or in a higher capacity than they currently do, I will also focus on the possible impact this may have on the African continent and how youths can strategically position themselves in preparation for the future. Until then, Keep learning.

JavaScript: The Beginning (A Beginner's perspective)

Babatunde Fatai
Extended Reality Specialist at PwC || Learner, Coder and Passionate futurist.
My in-game assets and I : Virtual Assets, one of the coolest things about the Metaverse.
#metaverse #vr #ar #gaming
The impact of Social presence and Co-presence on Virtual and Augmented reality.
#virtualreality #augmentedreality #beginners #socialpresence

Once suspended, babatunde will not be able to comment or publish posts until their suspension is removed.

Once unsuspended, babatunde will be able to comment and publish posts again.

Once unpublished, all posts by babatunde will become hidden and only accessible to themselves.

If babatunde is not suspended, they can still re-publish their posts from their dashboard.

Once unpublished, this post will become invisible to the public and only accessible to Babatunde Fatai.

Thanks for keeping DEV Community 👩‍💻👨‍💻 safe. Here is what you can do to flag babatunde:

Unflagging babatunde will restore default visibility to their posts.