Even though the chatbot trend is fairly new, they've been around for a long time. I can remember talking to chatbots over ten years ago when trying to reach out to my mobile phone services (spoiler alert: I never got hold of them ~~).
And then in 2016, Mark Zukerberg announced the integration of chatbots on Facebook Messenger and the trend started. But how did all this start?

The first significant chatbot ever created was Eliza. It is a program, part of the early work in NLP (Natural Language Processing). Developed between 1964 and 1966, it was a state of the art NLP program back then, had to run on 128kb of ram (that was a lot back in 1966!). Eliza has a single purpose: keep the conversation running by asking questions to the user and trying to get him/her to keep talking. Eliza was actually meant to simulate the conversation of a psychotherapist. 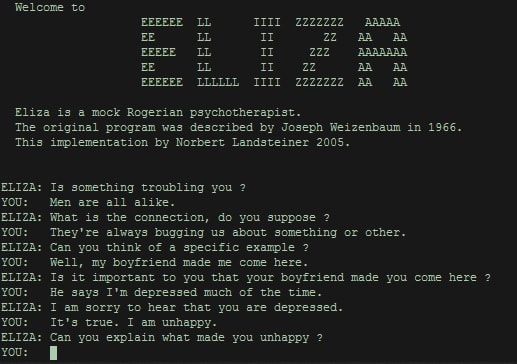 Let's see how to integrate the Eliza algorithm in a CSML chatbot!

tl;dr: You can import the chatbot with the Eliza integration, by clicking on the link at the bottom of the page... and yes it's free.

Step 1: The use case

We're going to create a chatbot that will interact with people who want to chitchat or are feeling a little down.
This chatbot will:

For the sake of simplicity, we'll create this chatbot in the CSML Development Studio, it's free, easy to use and I can share the chatbot at the end 🤙

In the code above, we show three buttons to the user, the meditation step shows a video, the motivation step gives a motivational quote provided by an -awesome- API. Both of these steps bring the user back to the menu at the end.

In order to use the Eliza algorithm, we'll need to add it to our list of custom functions.

First, let's find a version of the algorithm that we can use. CSML supports large range of languages such as nodejs, python, java, go, etc... I am more of a nodejs guy myself so I found this repository that seems to do the job.

And finally we need zip the package:

And now let's import it in the Studio:

Step 4: Get Eliza to interact with the user

Let's now add the missing step to this chatbot: the talk step!

This step is basically an infinite loop: as long as Eliza does not detect that the user wants to end the conversation, we keep querying the algorithm so Eliza can answer. Note that a simple "Bye" can end the conversation at any given time, the user then go back to the menu.

That's it! We can now test Eliza 🎉 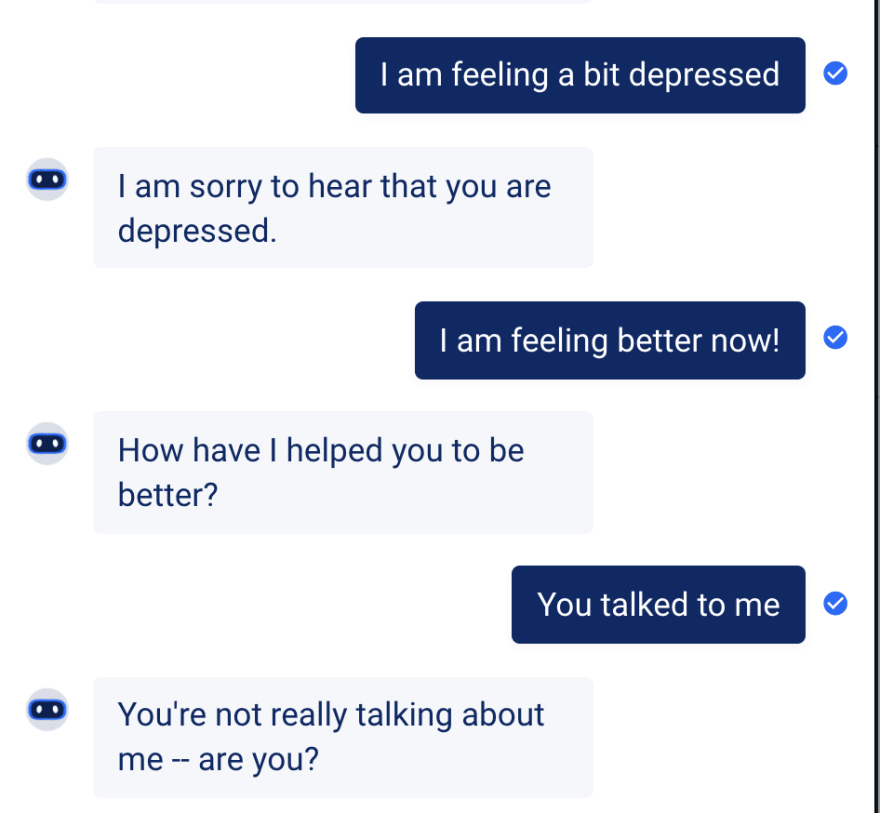 You can obviously add a few features to this chatbot, like add more NLP to it, or extend Eliza's vocabulary.

To import the ready-to-use chatbot, 👉 it's over here 👈.

How many threads should I create? (worker_threads) Nodejs

Use Paypal Smart Button as Vue Component (Part 2 of 3)