This article is sponsored by Flutterwave - Flutterwave is the easiest way to make and accept payments both online and offline from customers anywhere in the world. It is absolutely free!

React is an open-source JavaScript library managed by Facebook. It focuses on individual components rather than the entire web app. This means that it allows developers to break down complex UI (app) into simpler components. This results in a much faster web app with minimum code.

React was developed to help improve the total rendered pages from the website server. Besides, it utilizes nodes to render on the client-side.

Let's look at the why React:

React-native is the building of a mobile app framework. It uses the same design as React.

React is the most wanted framework in the 2020 Stackoverflow survey. 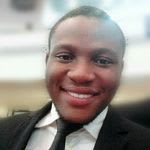 Hi, I am Bello Osagie, a tech blogger, writer, and web developer. I teach web development for free… Join me to learn, discover, and have fun coding together!

Support what I do and push me to keep making free content.

How to implement email functionality with Node.js, React.js, Nodemailer, and OAuth2