Azure Functions are a great way to implement serverless services. You can implement them with many languages, like C# and JavaScript, and can be configured both on the Azure Portal and on your local machine.

In this article I'm gonna demonstrate how to migrate an Azure Function v2 to the new version, v3. You are not forced to upgrade your solution, but it has some advantages like the possibility to use .NET Core 3+, .NET Standard 2.1+; this means that you will have a longer supported version.

If you use Visual Studio 2019 you can easily create an Azure Function within an existing solution. 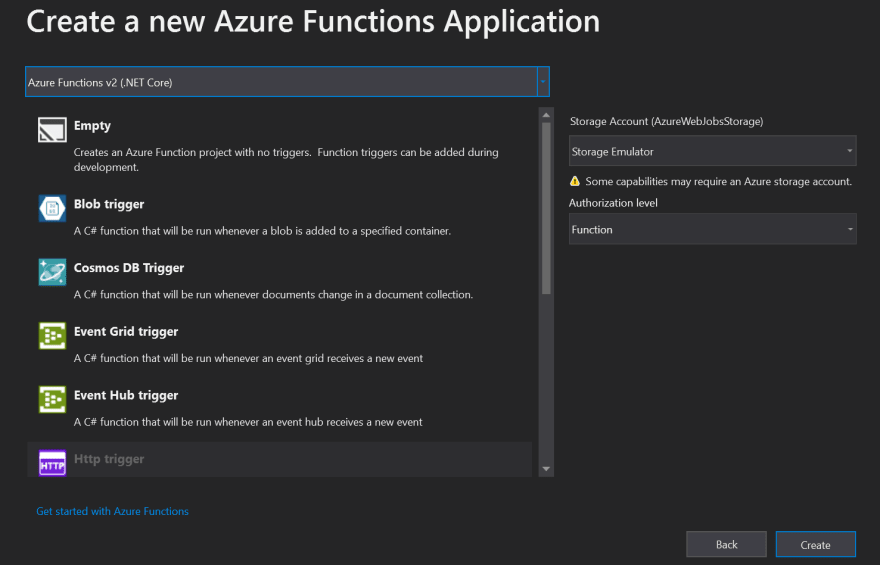 So now you have your Azure Function. But wait! You did it wrong! You wanted the version 3, not version 2! What can you do now?

The easiest way is - of course - to delete the empty project and recreate it with the right version.

Alternatively, you can update it manually.

Before moving on: do you know that you can add a Startup class to your project so that you can use Dependency Injection? It's easy, it's a matter of few steps. You can read more in my previous article!

As you might have noticed, inside the solution folder there is a file called host.json, and that file contains a "version": "2.0". This is not the Azure function version, but the version of the schema of that file. The host file is meant to include configurations for the function. So, you must not touch this file.

Update the Microsoft.NET.Sdk.Functions package to a version at least greater than 3.0.1. Remember that this version has dependencies against other libraries, so pay attention while resolving dependency conflicts.

Also, now the Configure method accepts an IFunctionsHostBuilder object instead of a IWebJobsBuilder.

So, if we want a comparison of the old and the new version of the Startup class, we have

Fix all the breaking changes

If you are also updating the .NET version, remember that there are some breaking changes that you must consider. For example:

Here we've seen how to migrate from Azure Functions v2 to v3. Staying up to date to the latest (stable) versions of such tools is important since performance and security issues would be fixed. So, take the time to update your functions.

Since you've updated your versions, remember to update also your runtime version on Azure and, if you are using them, your Azure DevOps pipelines.

I write mainly about C#, .NET, Azure, and everything around them. Check it out!

Introduction to Appwrite Cloud Functions with Android and Kotlin

Davide Bellone
Fullstack in my past, backend in my future. C# and .NET in my 💘 But hey, even Angular is not so bad!
How to add a Startup class to Azure Functions
#dotnet #azurefunction #azure #serverless
How to ping an Azure Service without ping
#azure #devops
An overview on API Gateways
#azure #apigateway #ocelot #ssl