How did this all begin?

The one thing that seems to unify beginner javascript programmers more than anything else is their shared confusion about the concept of this.

Perhaps that's because this or self in other languages behaves differently than in javascript.

Look, the language was created in ten days. Some less than ideal decisions were probably made. It is what it is.

I mean it. You can access this anywhere in a javascript program. At the outermost level? Sure!

Inside a function? Also, yes.

What about constructors? Of course!

But see, here lies the confusion. It certainly feels sensible to talk about this as a property on functions, constructors, and methods. But that's wrong.

This exists on its own! It's a property on function scopes!

You can think of function scopes (or Function Environment Records to be proper) as containers for variables. Each scope will contain a bunch of names of variables (and associated values).

From within any function scope you can: 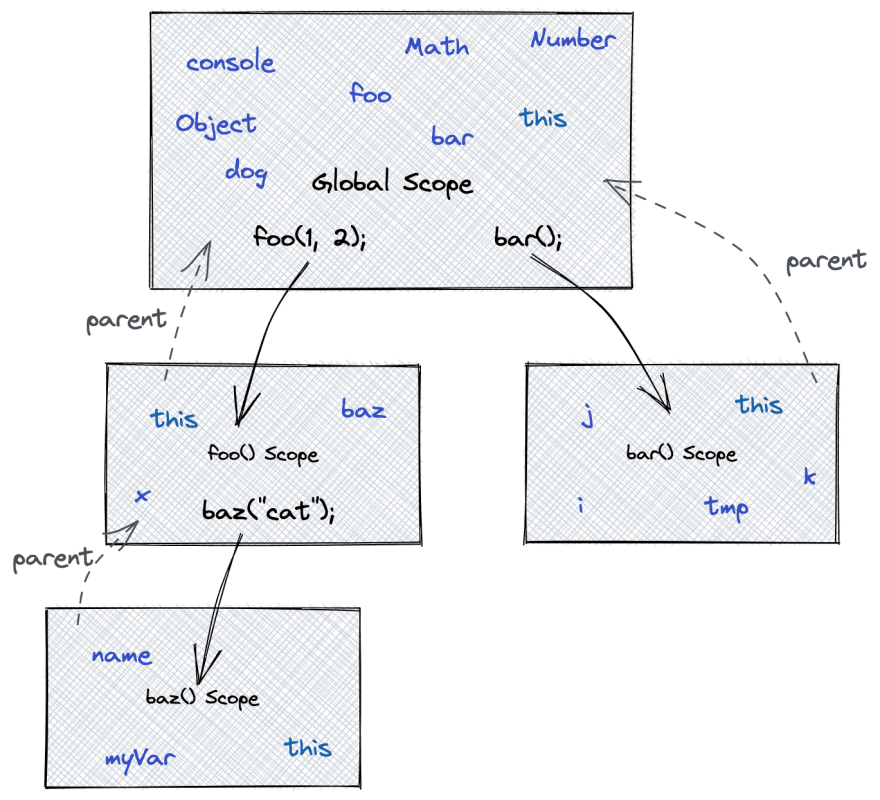 At the outermost level is the global scope on which live such famous builtins as: Math, and console, and Number among others.

Notice how they are labeled foo() scope or bar() scope in the diagram and not foo scope, bar scope, etc.

That's because a scope is associated with function calls, not functions themselves. A new function scope is created for each function call. That's why you could do:

Now look at the image again. You'll see this exists on each function scope. You don't need to declare it, it's added to the scope automatically.

Here's a recap of what I just said: 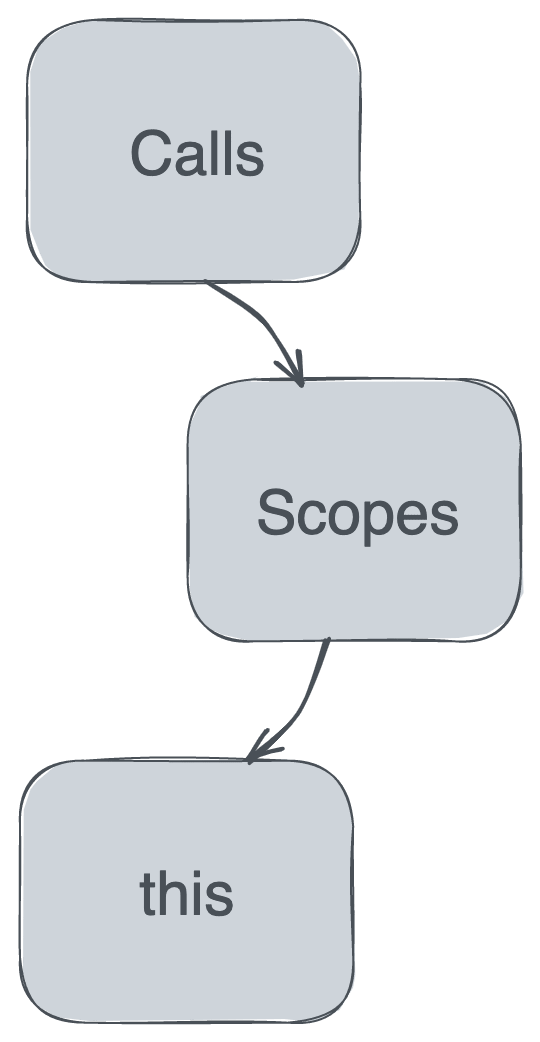 Calls create function scopes. Those scopes create this. Ergo, by transitivity, this is associated with function calls.

Not functions. Not constructors. Calls!

The rules of this language

In javascript, there are just two types of calls. The value of this depends on the type of call you make.

This gets set to the global Window object for these.

Method calls are nothing special, just calls which have the form <object>.<attribute>(). For example:

For method calls, this gets set to the object from which the method was called. Again, functions don't matter* for this, just the calls.

Even baz will print Window. It's not a method call, it doesn't follow the method call format!

I apologize for this

Remember how I told you this is all about function calls, not the functions themselves? Well, I lied.

Ok look, let me remind you once again: They made javascript in 10 days!

The this rules we've discussed above, they are a bit limiting. So there's three* ways you can override these rules.

* don't you dare even mention apply

The special call method on functions allows you to pass your own custom value of this to a function call (or the call's scope I should say).

bind is another builtin method on functions. Much like call it too allows you to pass a custom value for this to the function call. Except unlike call, bind doesn't immediately call the function. It instead returns a special 'bound' functions.

Arrow functions are the third way to override the call rules for this described previously. Arrow functions capture the this from the function scope in which they are created. 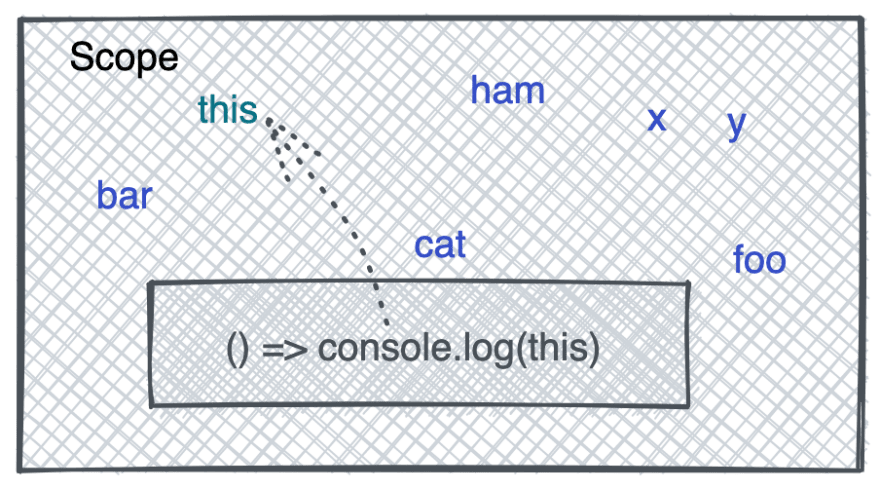 So they're essentially the same as defining a normal function but then also binding it.

Yes, no pun in the heading this time (oops). The key takeaways are this:

That is the reason why people are often confused when passing functions referencing this to callbacks. It's also why you were told to use arrow functions if you need to pass them to callbacks.

I too was confused about this for a long time. Instead of taking the more sensible approach of reading an article such as this one, I instead decided to implement my own javascript.

If you want more posts on other javascript or computing related topics let me know on twitter:
https://twitter.com/suicuneblue

Once suspended, blueblazin will not be able to comment or publish posts until their suspension is removed.

Once unsuspended, blueblazin will be able to comment and publish posts again.

Once unpublished, all posts by blueblazin will become hidden and only accessible to themselves.

If blueblazin is not suspended, they can still re-publish their posts from their dashboard.

Once unpublished, this post will become invisible to the public and only accessible to BlueBlazin.

Thanks for keeping DEV Community 👩‍💻👨‍💻 safe. Here is what you can do to flag blueblazin:

Unflagging blueblazin will restore default visibility to their posts.