Here are 6 things you should know before designing for Blockchain:

1. What is actually a blockchain?

First things first, before designing for blockchain let’s dive deeper and find out what it is and why it is so unique?

Blockchain is still associated with the emergence of bitcoin, as a technology for the platform, which tracks every bitcoin transaction. And that is correct, however, today blockchain is something significantly more. The author Stephen P. Williams in his book “Blockchain: the next everything” explains that Blockchain has become a bookkeeping technology for any kind of information you would like to record in any kind of area. Blockchain records chunks of information and verifies it at each transaction, and this simple scheme makes blockchain a straightforward and at the same time trustworthy mechanism. In addition, information stored in the chain cannot be altered and this manifests blockchain as an extremely secure technology.

Tech people often use tech-related jargon and the blockchain environment is not an exception. Be prepared to come across new specialized terminology or just some technical slang. Be sure to translate it for your users especially when your blockchain product will be used by less tech-savvy users. You don’t want to scare them off.

3. Should I design blockchain in a different way?

As a product designer, I would definitely say there’s no difference whether you design for any complicated tech field system or a super simple app. Blockchain users are still the same users though they might be a little more tech-savvy. That is why, you should always follow the best practices to ensure smooth and seamless flow and transparent user experience. Follow the rules and best UX practices.

Nevertheless, there are a few aspects you should put extra attention to:

The user journey should be super clear. Transparency plays a key role, each step must be explicit and coherent. What does it mean? It means that as a designer you should add loaders showing progress, breadcrumbs, step navigations, etc. Make sure your user knows what is going on, especially when the transaction is going through, or if any status change occurs. Below you can find the example taken from our BrightTreasury app. 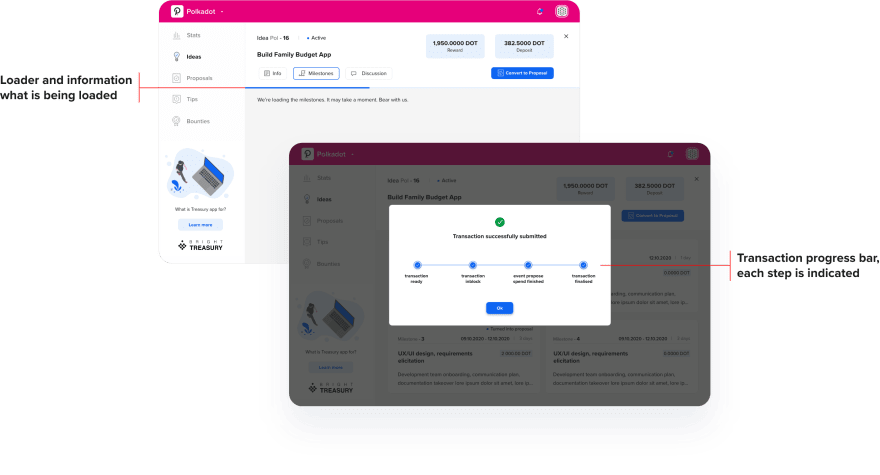 Introduce the onboarding to your product, however, make sure it is relevant to the main features, omit secondary elements, show the uniqueness of the features, so the user does not get overwhelmed with many details. Remember, do not put more than 5 onboarding screens at once. 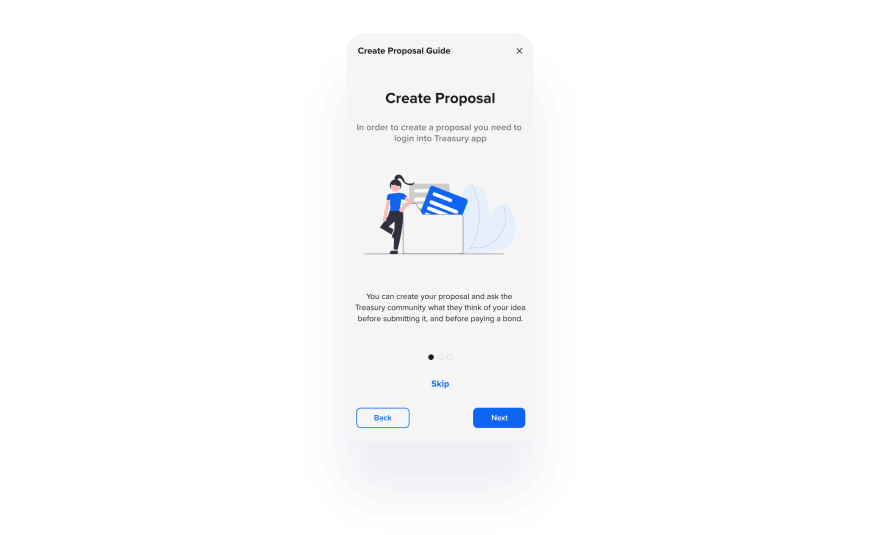 Provide precise information and eliminate all unnecessary actions. Clear communication is substantial. Give apparent explanations like hints and tooltips when necessary. Make sure your product is very simple to use, thus this simplicity is not a thief of the important elements, solidness, and credibility. 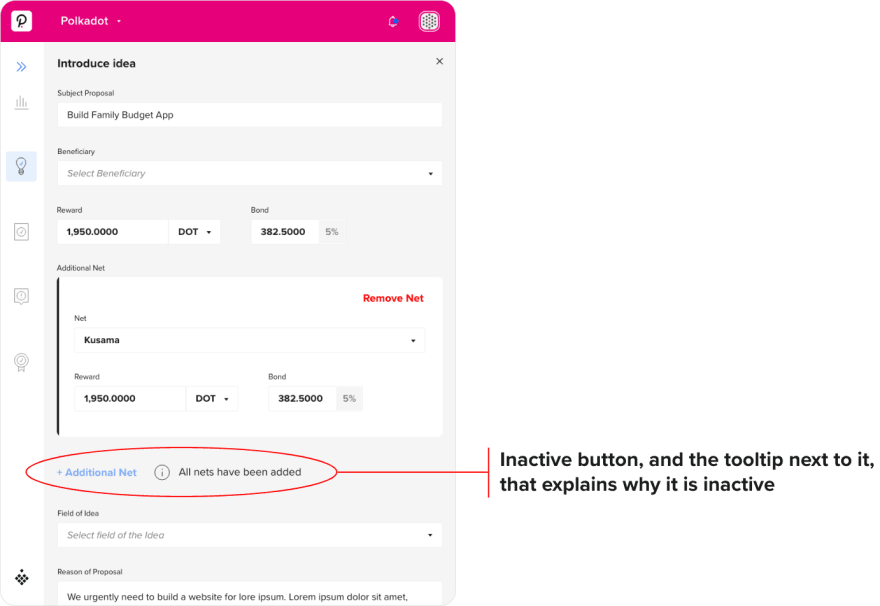 A developer who can explain the most bizarre peculiarities of the project - is a real treasure! Cooperation with dev is crucial, because as a designer you will have many questions about different blockchain elements or how the transactions work. And what does this number with # mean? Find your expert and do not hesitate to ask questions.

6. Alice is the new John Doe and other practical blockchain fun facts 😉

Fun, right? Yep, but don’t forget to translate it to universally used time for those outside the blockchain community.

Blockchain is a great modern technology field which is very convenient to build systems and apps due to its simplicity and security. In order to design blockchain projects we should definitely understand what it is about and how it works. We should also remember that a blockchain app is like any other app, we just have to follow universal UX rules. However, we should be aware of the fact that blockchain is now conquering the world, and more and more not tech-savvy users may want to use it, so we should design in mind of such users, and make our product approachable for everyone.

How to choose between Flexbox, Float and Grid like a pro