When I first started learning CSS, I was really confused about what each value of the position property did and when to use relative, absolute, fixed, and sticky. This is a summary of what I have learned about the values.

The default value of the position property is static. The elements are displayed in the order (document flow) of what is written in the HTML.

The relative value is really similar to the static value except you can change the element's position relative to its normal position. So what does that mean? It means that you can use the properties left, right, top, and bottom.

Notice in the image above, even though child-one has the property left: 20px the element did not shift 20px to the left. That is because it has position: static.

This is really useful for times when you want to position an element at a specific location without moving the elements around it. 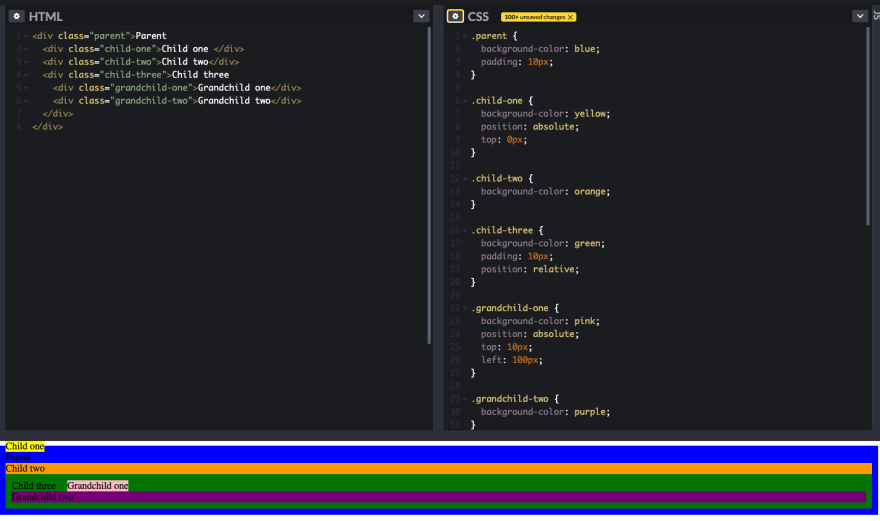 A fixed element is positioned relative to the browser window. Parent elements do not matter. For example, if you have:

child-one element would stay at the top of the page even if you scroll down. Fixed elements move with the scroll to stay in the exact same position on the page.

position: fixed can be used to create a navbar that sticks to the top of the page. 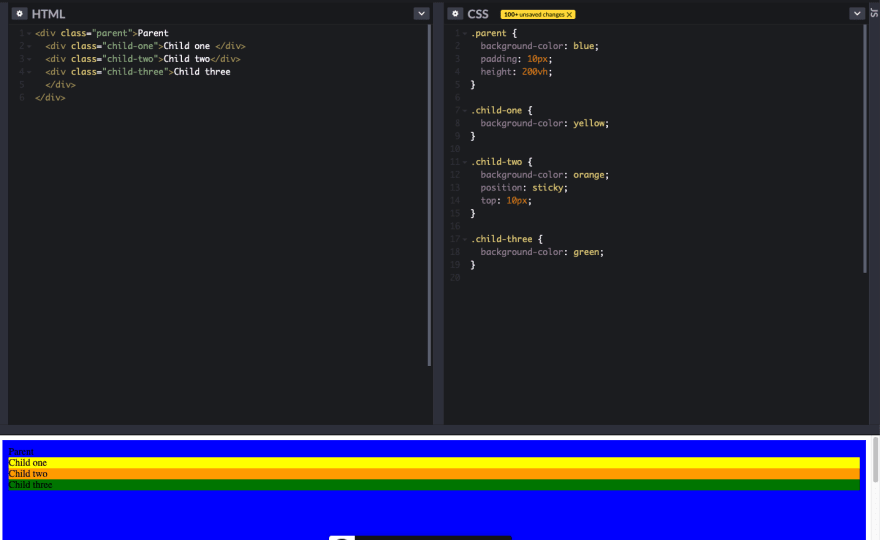 After scrolling past the element: child-two element is now fixed 0px from the top of the browser window. 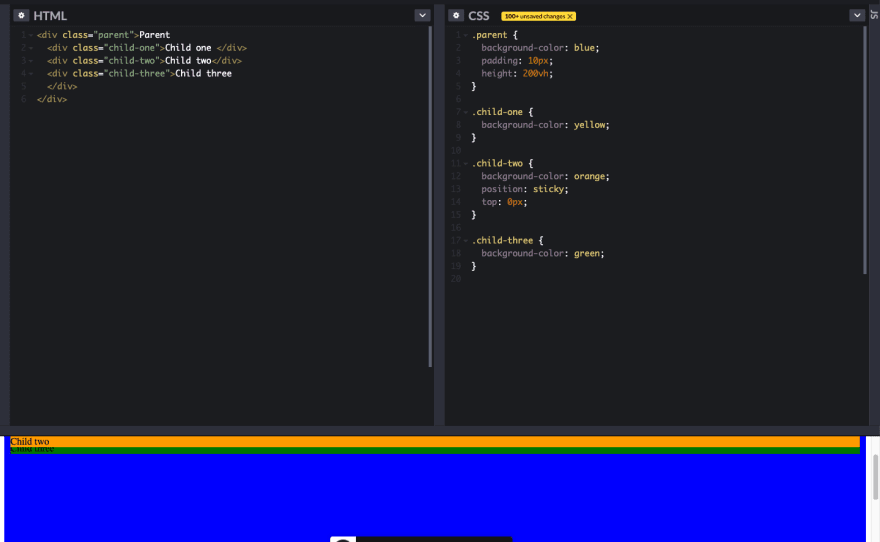 Once suspended, caicindy87 will not be able to comment or publish posts until their suspension is removed.

Once unsuspended, caicindy87 will be able to comment and publish posts again.

Once unpublished, all posts by caicindy87 will become hidden and only accessible to themselves.

If caicindy87 is not suspended, they can still re-publish their posts from their dashboard.

Once unpublished, this post will become invisible to the public and only accessible to Cindy.

Thanks for keeping DEV Community 👩‍💻👨‍💻 safe. Here is what you can do to flag caicindy87:

Unflagging caicindy87 will restore default visibility to their posts.