I'm not a native English speaker

Also, I don't know why, I really don't know why, but it looks like that for D3, all examples are always a one-function-code. That's not handy to use nor to test it. Even if you don't mind about d3-helper, please dispatch your D3 code in multiple functions 😀

So we have decided to make this micro-library d3-helper.
The aim is to set up a base for charts easily, so then the final app can focus on the drawing relative to the data. It currently contains two classes:

Both classes define small methods that can be called independently and "summary" methods that call multiple methods (for standard uses).
Some methods were "restricted", but we finally decided to have almost everything public to maximize the flexibility. And we leave the encapsulation to the final app (and never mind for the 0.1k more of compile code).

In the examples below, I use node to install the d3-helper library and some additional D3 functions to play with my data.

I also use a static dataset "data" (an Array of Objects).

I start by creating a chart class that extends BaseD3ChartSVG, so this will be the BaseD3ChartSVG. That's more handy than to attach an instance of it to a variable. In the constructor, I set the path to the chart element to render the PieChart in. Also, I set a d3Pie basic function.

Then I want a draw function to draw my PieChart. I'll use the BaseD3ChartSVG to render the "generic part" of the chart: draw the SVG and set the margins.

Then, I can render a pie-chart (or other kind of charts) on data in the chart group with custom code:

Then if you do: 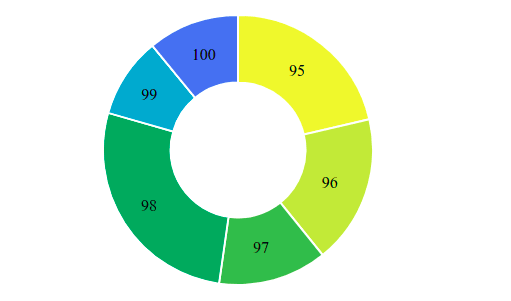 And then to refresh, you can add this function:

For Cartesian charts, it's more or less the same principle. I use the CartesianChart class that extends from BaseD3ChartSVG class to render the axes in a SVG. Then, I write custom code to draw my data in a chart.

The CartesianChart is based on the type of the data (number, text or date), and on a configuration object. The minimal configuration is the keys of the data to use to set the axes (expected data are Objects in an Array):

To draw the SVG with the axes, you can write:

That's it. Then we can draw a line chart for instance: 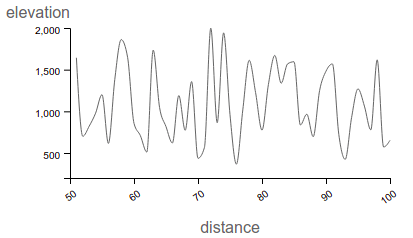 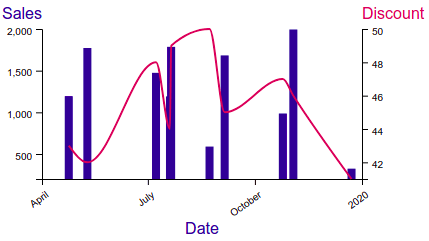 More - Implementation in a project

If you have only one simple chart to draw, you can use the same implementation as in the previous examples.

In one of our projects, we had to display multiple Cartesian charts (bars, scatter plot and lines). We made a component (We use Angular in this project, but any "view-level class" can do the same) that extends an adapter, that extends this CartesianChart. This component can set an HTML class via the configuration (to set the correct chart using a unique DOM path). That allows us to have some of these components on one page, and so multiple charts on the same page.

To have cleaner code, we separate line, point, vertical bars and horizontal bars charts in four classes. These classes implement an interface (we use Typescript) ChartDrawer. Each ChartDrawer has a ctx object that is a CartesianChart class, and a draw method. Then we have a configuration to say which data must be drawn by which ChartDrawer. That allows us to have lines, points and bars on the same chart, but with clean code. Each class is responsible for its own rendering and interaction possibilities. 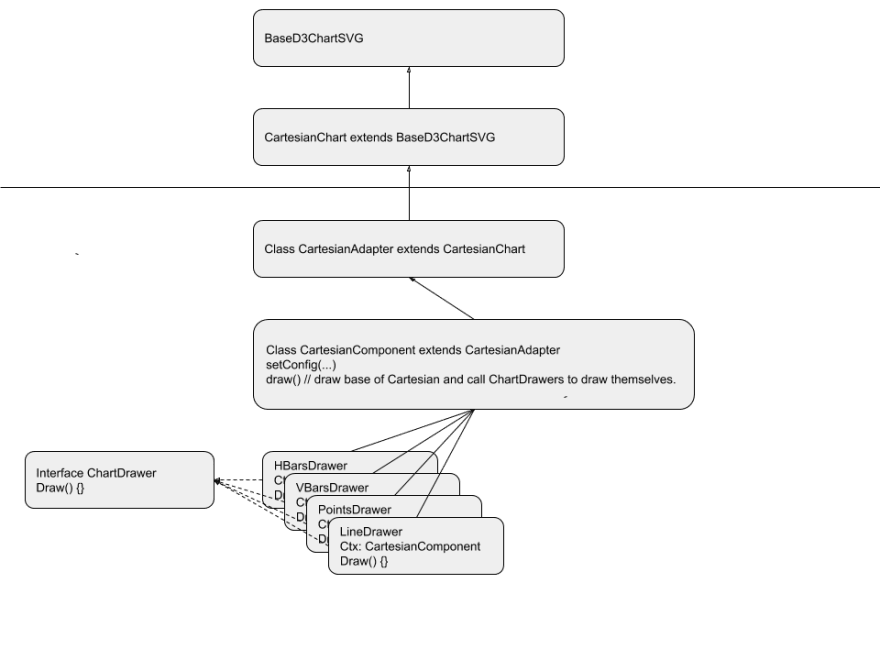 The code is quite well organized, flexible and testable.

When location matters, we help our customers solve their most important challenges.