Recently, I've been using neumorphism.io a lot for my projects - I really like the soft and squishy feel buttons have.

However, as I pasted my colors into the site for the nth time, I started to wonder - how does it work? Can I calculate these shadow colors myself?

Of course, the first step was to plug in a bunch of random colors, grab the hex codes for the shadows, and then check out their RGB numbers. I used colorhexa for this.

Ok, I learned to code so I could avoid typing numbers all day....😭

Anyway, now that we have the numbers, we can try seeing how they are mutated.

At this point, I took a step back. This project was supposed to be my quick frontend puzzle for today, not a long, code-intensive and complex like my in-progress Node.js app. Just adding and subtracting, say, 25 from each rgb value would be fine enough. 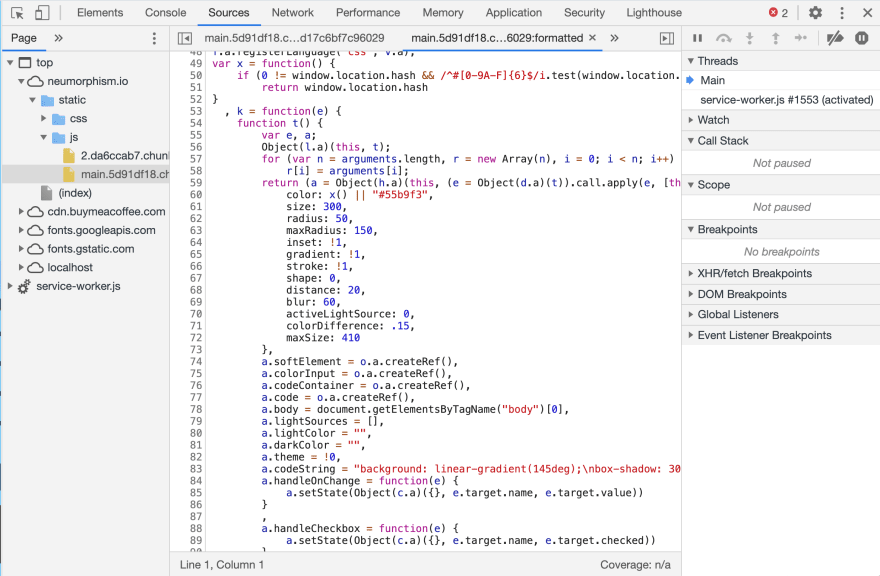 Just for fun, I checked out the code running behind neumorphism.io. There's no way I'm going to write anything with a similar function anytime soon. So for now, I'm going to prototype something that just adds and subtracts 25 to RGB values provided by the user.
(I'll address converting between hex and RGB farther down).

And I was able to spin up a working demo in about a half-hour:

Pretty cool, huh? It even looks pretty good! I'll definitely use this for my own projects in the future.

The next step: also consume hex codes. But to compute the shadow colors, we need to convert them into HEX codes! This is the part when learning how to read a RegEx comes in handy.

I found this script from this site:

But.....I don't really understand how it works. And I dislike copying code. And it looks scary. So let's write break apart this function and make it ourselves!

8adaff <- This is an example hex color. There are two parts to a hex color:

To match the optional hash, we can use
^#?

Now we need to split apart the remaining 6 characters and convert them from Base 16 to Base 10. 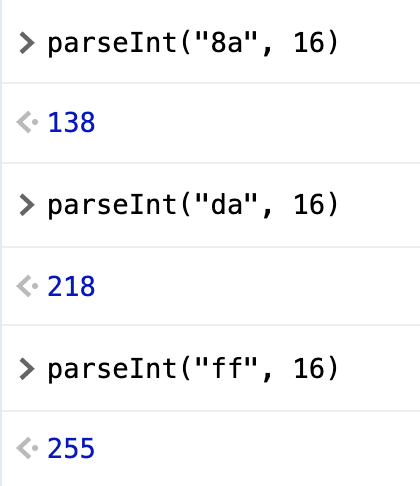 What we could do is validate the form like this:

But, a more elegant solution is to use RegExs, like the complex code snippet I found does.
To match each hexadecimal number, we can do this:
a-f - hexadecimals only use letters from a to f. The full hexadecimal number line is 0,1,2,3,4,5,6,7,8,9,A,B,C,D,E,F.
\d - matches any number
[] - a bracket will match only one character
{2} - will match twice - placed after the bracket, will match against any two character permutation of number or letter.
() - I learned about these today: they are "matching groups". I'll explain their function later. 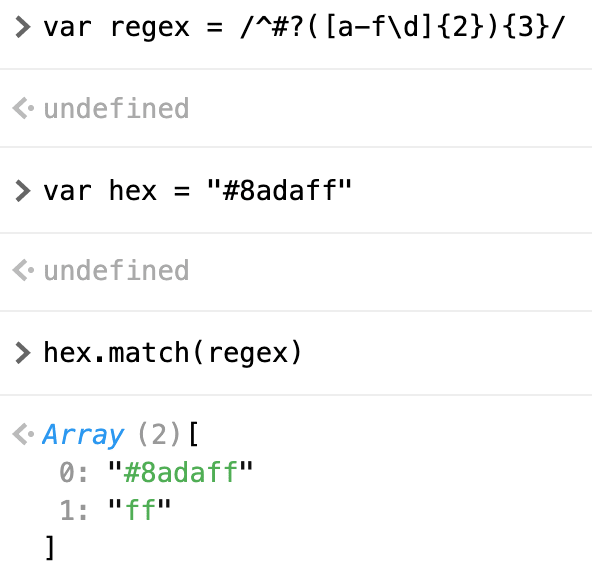 This is bad - it seems like we're only matching the whole string, and then the last two characters. How do we fix it? 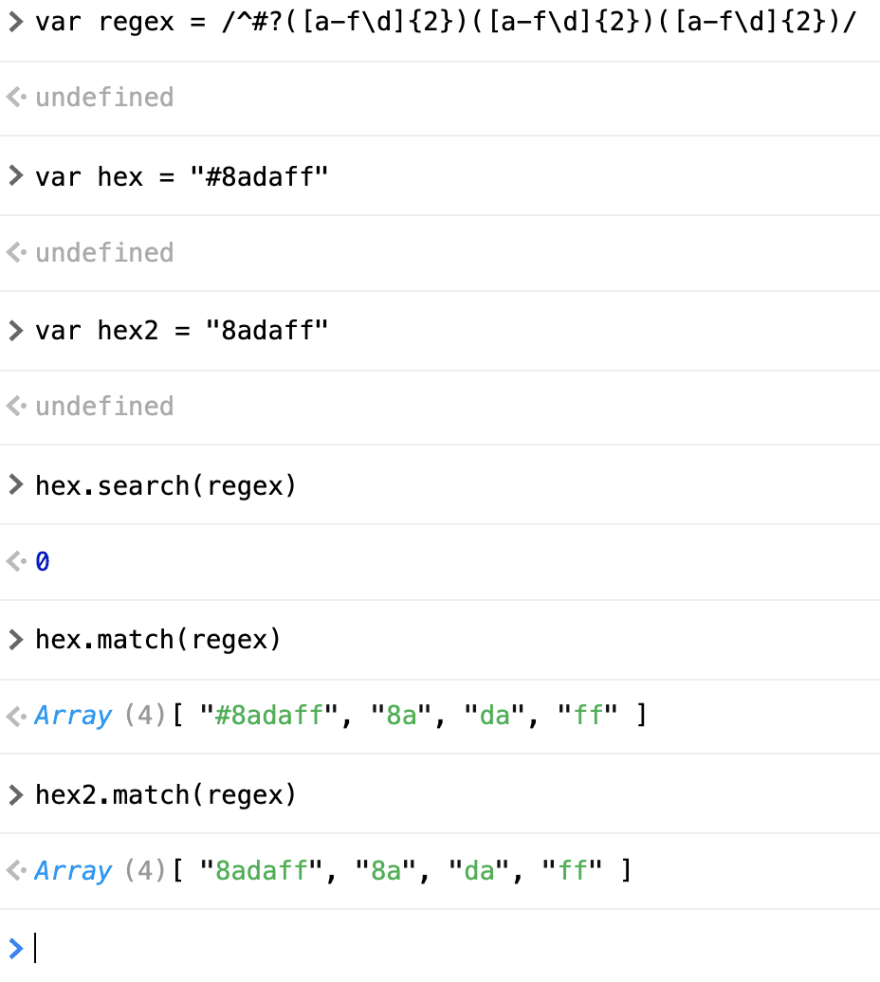 This is where the () matching groups come in - by making three matching groups, the regex match method will spit out three two-character strings: our hexadecimal numbers.

Perfect! Now we just have to parse the numbers into base 10, and we're good to go.

And because we use parseInt, the values are automatically numbers - we don't need to worry about that anymore!

And if we want to output hex codes, turns out you can't use parseInt - you have to use toString()

Note that this app has some issues - numbers greater than 255 are not filtered out, so they become three-character hexadecimal numbers. If I were to optimize this, I would probably add a layer of validation changing variables greater than 255 or less than 0.
Additionally, the blocks of declaring variables might be better optimized with arrays and methods like .map or .forEach.

But for a project built in a few hours, this isn't too bad!

Once suspended, carlyraejepsenstan will not be able to comment or publish posts until their suspension is removed.

Once unsuspended, carlyraejepsenstan will be able to comment and publish posts again.

Once unpublished, all posts by carlyraejepsenstan will become hidden and only accessible to themselves.

If carlyraejepsenstan is not suspended, they can still re-publish their posts from their dashboard.

Once unpublished, this post will become invisible to the public and only accessible to CarlyRaeJepsenStan.

Thanks for keeping DEV Community 👩‍💻👨‍💻 safe. Here is what you can do to flag carlyraejepsenstan:

Unflagging carlyraejepsenstan will restore default visibility to their posts.