A few weeks ago, I participated in a webinar where I talked a little bit about my journey on being hired abroad, how the values at my company — Thinkific — are awesome, and gave advice to people who are seeking the same career opportunities.

During the webinar, I was told several times by one of the men participating that I was “so lucky” to be working there and passing through the interview process 2.5 years ago. That sentence bothered me a bit, and I started thinking about how often I see people giving compliments about new jobs/promotions to others and the clear differences I’ve noticed between how this happens between genders. And we need to talk about it.

First of all, I am lucky. But for other reasons: 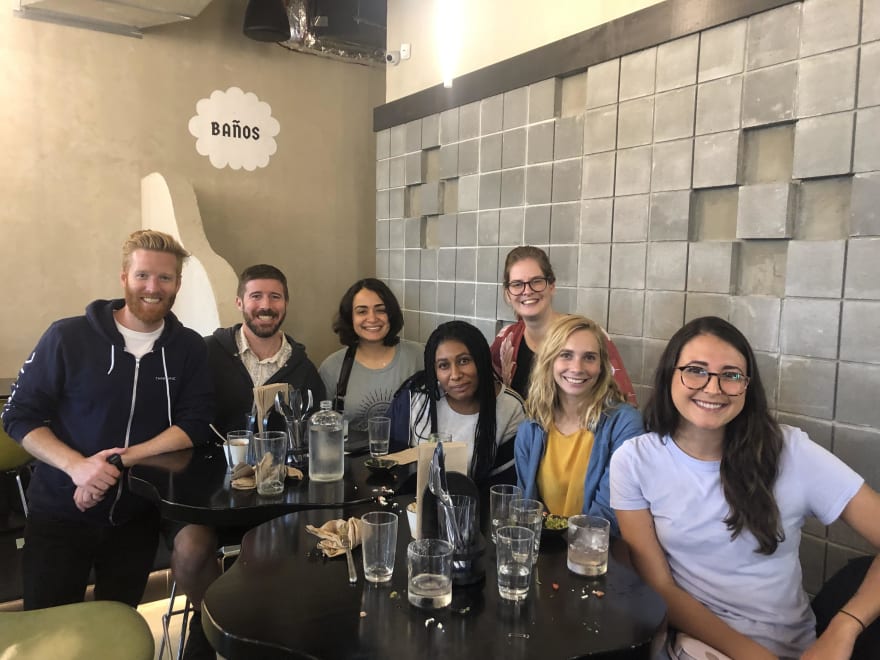 Despite facing challenges in my life being a woman, I have privileges that others don’t — I am white, cisgender, and grew up in a household with both parents present. While they may seem simple, those are privileges and it’s my obligation to use my voice to bring awareness to this topic. Our efforts to overcome a male-dominated field can’t continue to be categorized as “luck”.

What bothers me is that when a female colleague in the same field gets a job abroad or gets a better position, we hear things like: “You’re so lucky!”, “Who did you know there?”, “Ah, that’s nice, good for you”, and “Can you refer me internally now?”. The majority of comments we receive from our male counterparts chalk our success up to luck, not our own efforts and energy spent achieving these career milestones. I’ve seen the same situation play out with male colleagues, but the majority of the accolades were totally different: “That’s my man!”, “You’re my hero”, “You worked hard — you totally deserve this”, “I knew you were going to succeed — you’re the best developer I’ve worked with”.

So what can we do about it? Why don’t we recognize a person as “smart” or “hardworking” despite their gender? Why do we keep doing this? We’re in 2019 people.

I started to realize this starts at a young age. Girls are told they are cute and pretty, almost exclusively focusing on how they look, while boys are told they are strong and smart. We don’t have enough female role models to believe we can become astronauts, engineers, and doctors. We internalize these words and languages to think we can’t do things and start to believe that it is luck, and not hard work, that makes us successful.

So, we need to be the change we want to see in the world! We need to celebrate our successes — the blood, sweat, and tears we put into being successful — and kill these gendered responses to success. Regardless of your gender, if you see someone succeeding, tell them they are smart, that they deserve it and remove the “Attagirl/boy” comments from your vocabulary. I became aware of what sexism looks like (especially in the workplace) and the impact my words, and the language I use, has on others. I was guilty of using this same choice of words in the past and have worked to change how I recognize others’ successes. It’s never too late to change and learn!

To everyone out there that sees this happening, don’t be a bystander and call it out! Our recognition should be genderless — every person should feel they deserved it, that they are capable of anything they put their mind to, and that they (not luck) are the reason they are where they are. Let’s build a better future, together.

Thanks Amanda Nagy helping me editing and formatting this article! ❤️

Once suspended, caroldarski will not be able to comment or publish posts until their suspension is removed.

Once unsuspended, caroldarski will be able to comment and publish posts again.

Once unpublished, all posts by caroldarski will become hidden and only accessible to themselves.

If caroldarski is not suspended, they can still re-publish their posts from their dashboard.

Once unpublished, this post will become invisible to the public and only accessible to Carolina Darski.

Thanks for keeping DEV Community 👩‍💻👨‍💻 safe. Here is what you can do to flag caroldarski:

Unflagging caroldarski will restore default visibility to their posts.