I had been creating 'mobile first' websites for years, but in reality I was making websites that were responsive. A subtle difference, but it was an important shift I had to make in my mentality towards it. Rather than building for mobile first, I was adapting desktop layout to work on mobile. When I think about why that would be, I think it's because my intro to media queries always used max-width in examples.

A few years ago, I worked with a front-end specialist who showed me that he used min-width instead! 🤯

When you're getting the job done, sometimes it’s not obvious that there’s another way to approach the problem.

Another example for a scenario where something just clicked is when I found a use for CSS variables to greatly reduce the amount of CSS I was writing: 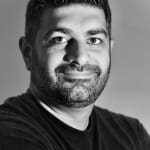 Using CSS variables to create a dark mode for your site

Have you had a moment when the lightbulb has turned on all of a sudden or your mind has genuinely been blown?

How to create your personal brand?

LOC is an important metric to measure developer productivity

Charanjit Chana
👨‍💻 Head of Development 💪 Progressive Enhancement FTW!
You will not do it later (most likely) - I'm a procrastinator, I know
#programming #discuss #watercooler #productivity
GitLab will be deleting dormant projects
#news #discuss #gitlab #cloud
Is it time to replace Hello World?
#humor #discuss

Once suspended, cchana will not be able to comment or publish posts until their suspension is removed.

Once unsuspended, cchana will be able to comment and publish posts again.

Once unpublished, all posts by cchana will become hidden and only accessible to themselves.

If cchana is not suspended, they can still re-publish their posts from their dashboard.

Once unpublished, this post will become invisible to the public and only accessible to Charanjit Chana.

Thanks for keeping DEV Community safe. Here is what you can do to flag cchana:

Unflagging cchana will restore default visibility to their posts.