A few days ago, for the Java User Group Trentino-Alto Adige-Südtirol I shown some experiments on JavaFx, JLink and JPackage. The purpose of the talk was to show the chance to use JavaFX working with new JDK tools such as JLink (since OpenJDK 9) and JPackage (provided by the new OpenJDK 16) for rich client development.
Although some may state «JavaFX is dead» since it's not part of the OpenJDK anymore, JavaFX is actually alive and kicking. OpenJFX (aka Open JavaFX) is a side project still maintained and evolved by Oracle, Gluon, BellSoft and others. Suddenly, because of the advent of OpenJDK, Adoptium and other free OpenJDK builds, it may not be that straightforward to understand how to get started with JavaFX, especially if you still working on an Oracle Jave SE 1.8.0 distribution. Let's try to get there.

To grasp the example, you need:

DISCLAIMER
Keep in mind that I will write regarding module-info and Java Platform Module System, but I won't explain too much about them.
The goal of this post is not about how you have to organize a project, but how to make the tools work for you. I will instead write something more about JPMS in a future post (it is quite intriguing and intricated).

JavaFX is a framework of graphics and media packages that enables developers to create and deploy rich client applications.

Let's take a basic JavaFX example, for instance, this one:

The source code is pretty old and is a JavaFX 2.1 example taken from here: Oracle Docs.

I configured the pom.xml as simple as possible, or at least this was my intention. I just set two plugins: maven-compiler-plugin to avoid compilation issues when we advance the Java version during our tests and exec-maven-plugin for being able to run our application from the terminal.

As I mentioned before, JavaFX is not part of the OpenJDK anymore. Let's see if such a boomer like me is correct.

Download the tar.gz file of Oracle Java SE 1.8.0 from here: Oracle Java and don't worry about the license, the FAQ explicitly states this:

Unzip the package in the .sdkman/candidates/java folder. You should be able to check the OracleJDK by typing:

Nice! Therefore we can now compile our project:

and if everything is fine: 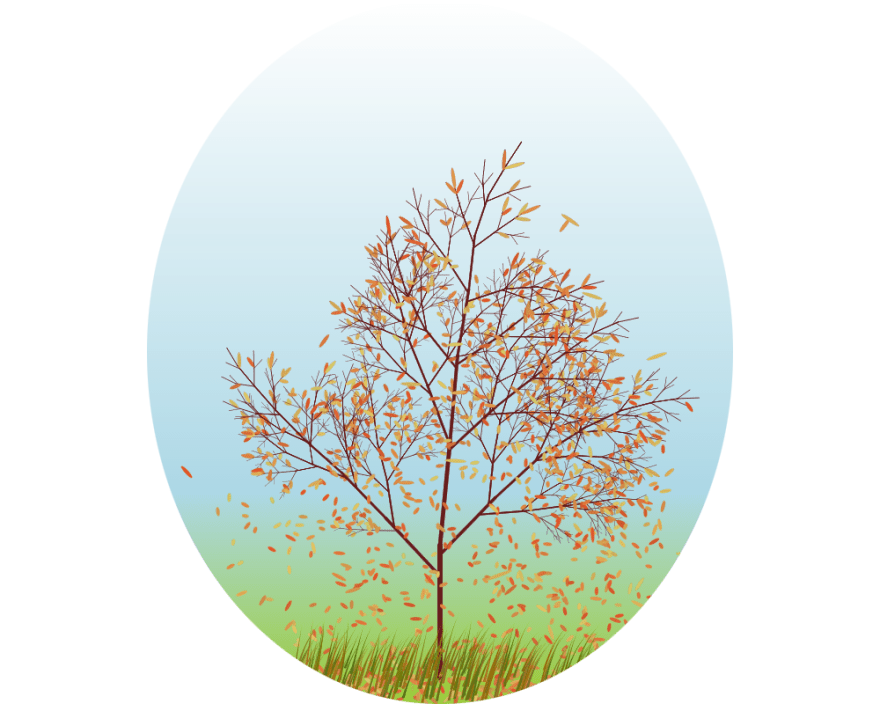 Nice twice! However, we don't want to have a headache for Oracle licenses/subscriptions/etc., so we now change the OracleJDK with an Open one and compile again.

Errors, errors everywhere! TreeFX can't find any package of the framework JavaFX! How to solve this? JavaFX is now a set of self-contained dependencies, so let's modify the pom.xml file by defining the right dependencies.

No more errors about missing packages, but class file version! What does it mean? Every time the Java Compiler compiles your code, it annotates your classes with a number to identify the target JDK release. In this case, the class version 55.0 targets JDK 11, but we're using JDK 8, therefore the class version number should be at a maximum of 52.0.

Unfortunately, there is no way to downgrade JavaFX to a version compatible with JDK 8. Sure, as someone already suggested to me, we can download Liberica OpenJDK 8 with JavaFX (or the Azul one) however, we will be forever stuck to JavaFX 8. Being locked to JavaFX 8 doesn't allow us to benefit from having bug fixes and other kinds of improvements.

It's time to upgrade our OpenJDK to 11.

Once we set our JavaFX dependencies in the pom.xml, we can try to switch to an OpenJDK 11:

And everything will be fine. No more errors about missing packages and class versions.

Because our application is ready, we can package it into a self-executable-jar and release it to our customers/friends/pets (well, if they are all interested in Tree animations, of course). By doing so, we face an old-fashioned issue: we depend on the customer/friend/pet's installed JDK. We can't upgrade our development JDK (let's think about new API's and runtime improvements, etc.) until our customers don't upgrade their own. Yes, we could package the application with a JRE, but this would lead to having a pretty big sized ZIP for just one animation.

As explained in JEP 282, JLink is a tool that can assemble modules and their dependencies into a custom Java runtime image. Since the JRE, JDK and some libraries/frameworks are now restructured in modules, we can create a custom JRE image for our wonderful JavaFX application!

JavaFX is indeed modularized, so we can try!

Before starting, though, I have to inform you that I skipped the official Maven JLink Plugin usage. In a draft of this article, I explained how to work with the JLink plugin and JavaFX, but I realized it was far too long and not very useful in practice (for this example, at least). Instead of the Maven JLink Plugin, we'll use the official JavaFX JLink Plugin provided by the JavaFX development team to simplify the process.

Let us modify the pom.xml and append a Maven plugin for JavaFX and JLink:

The configuration is not quite self-explanatory, here some hints:

We set all such exclusions for shrinking our custom JRE to a smaller size than the usual one.
However, if we try the new plugin command:

Something is still missing:

As I said before if JDK, JRE and JavaFX are now modularized, this implies that we need to modularize our application too. Create a new file named module-info.java in the folder src/main/java:

The file defines our application as a module named treefx and our module requires some modules as well in order to work, javafx.controls and javafx.media.
I don't want to explain too much about it, but keep in mind that modules are a new way to organize your applications and libraries and enable strong encapsulation and implementation/reflection hiding. Knowing this, what about that last statement opens in module-info?
There are some cases where you have to enable reflection (because of modules, reflection is inaccessible by default) for your classes, because of frameworks for instance. In our case we have to enable the reflection of our package com.acme.treefx to the module javafx.graphics to let JavaFX work.

Yeeeah our application is ready to be propagated to Knowhere (cit.)!

Let's take a look at what actually happened in the target folder:

What do we have in the generated treefx.zip? As we can see, it's just a JRE with our application encapsulated inside. In folder bin, we can find the launcher treefx.

Nice trice, right? But we want more! For the sake of aesthetics, we prefer to distribute our application with an official deb package how can we do this?

It's time to upgrade our OpenJDK to 16!

JPackage was introduced as an incubating tool from JDK 14 to JDK 15 and is now production-ready for packaging self-contained Java applications.

As above we want to rely on Maven and fortunately, we got a well-packed plugin (JPackage Plugin) on Maven Central that we can add:

I have to spend some words about the configuration because it's a little bit tricky on some points.

Linux part (I put it just for the sake of completeness)

Maybe I have to spend more words on the tricky part. As mentioned above, JPackage is a tool for packaging a self-contained Java application, any kind of Java application, modularized and non-modularized applications. But for this example, we want to distribute a simple animation and it would be quite weird to distribute a whole JRE image for the sake of one animation. Therefore, always think about what you really need for your application and let the right tool works for you.

About linux part. JPackage allows you to package not only for Linux, but also for Windows and MacOS. However, JPackage depends on the operating system in order to work, so you can't package a Linux app, if you're using Window or MacOS, in a nutshell, no, cross-compiling is not an option. We will try to package our TreeFX app for Windows in an addendum to this article (maybe next week).

Wait a while and then:

Nice fourice! We now have our package for AMD64 arch (yeah that's mine). If we still have some curiosity about how the deb package is organized, we can unpack it:

We could optimize things and surf into other JPackage configurations, but so far so good (as an old Bryan Adams' album and song said).

We finally reached the bottom of this tutorial, a lot more could be said about JPMS, JLink and JPackage, this is indeed an introduction to tickle your curiosity, and as you can see we can still build nice stuff with JavaFX and Java technology.

Dig into https://gitlab.com/lucaguada/treefx repository and look at the different branches to have a clearer vision of the above steps.

«A chance to begin again in a golden land of opportunity and adventure!»

How to Get Started with GoLang as a Java Developer

Why did I use JHipster?