Recently I upgraded my ID3TagEditor swift package to the latest Swift tools version (5.3). During the upgraded I discovered that now you can bundle reources with your Swift package. In this post I will show you how you can do this, and also a interesting trick in order to be able to build a project as a Swift Package and as a standard project from Xcode.

In the last weeks I started to work again on my ID3TagEditor library. Before starting to add new interesting features (do you wanna see the roadmap? check the kanban board or the milestones) I did the usual upgrade to the latest build tools released in the new Xcode 12. One new interesting feature included in this release ( Swift tools version 5.3) is the ability to bundle resources with a Swift package. Before this release to bundle resources in a Swift package you had to use weird tricks and hackings. So let's see how you can add the suppport for bundling resources by using my ID3TagEditor library as example.

Specifically, I will show you how I can execute all my test suite, including some acceptance tests that uses mp3 and images resources to check the correctness of the ID3 tag added by ID3TagEditor.

To support the bundling of resources, the first thing to do is to upgraded the swift tools used to build your package. To do this, you just need to change the comment at the top of the Package.swift.

In my ID3TagEditor I have some acceptance tests that uses some mp3 files and some images that I use to check that ID3TagEditor works as expected. Before the Swift tools 5.3 I was disabling these tests on the Linux platform (that supports only the SwiftPM way to bundle libraries). Now there's a new Swift package targets(...) and testTargets(...) function parameter called resources that you can use to load resources.

The resources parameter takes as value a list of resource process rules as input. You can choose between two type of rules:

Both rule functions above accept a _ path: String parameter. This could be:

Given all this information I was ready to add the resources to my test target and enable the acceptance tests for the SwiftPM build (so now they were available on Linux too ☺️). So I added the resources parameter to the testTarget call of my ID3TagEditor. The input value is a an array with just 1 rule: a process rule that takes as parameter the Examples folder, that is the place where I have all the resources (mp3 and images) used by the ID3TagEditor acceptance tests. Below you can find the complete Packages.swift file.

Now the question is: how do you use/load the resources bundled with your target? When you build a Swift Package the build tools will automatically generate a resource_bundle_accessor file. This file exposes a new Bundle.module property that contains the bundle available for the package based on the environment you're building the source code:

So in the case of ID3TagEditor, when I open and build it as a Swift Package from Xcode or build it from the command line the Bundle.module will contain the correct bundle. As a consequence I can call Bundle.module.path(forResource: <resource name>, ofType: <file type>) to get the path to the resources bundled with the ID3TagEditor test target and load/use them in my tests. In fact I created a PathLoader class that I use in my acceptance tests to load my test resources.

Below you can find a screenshot that shows the successful execution of the tests after opening the ID3TagEditor as a Swift Package from Xcode. 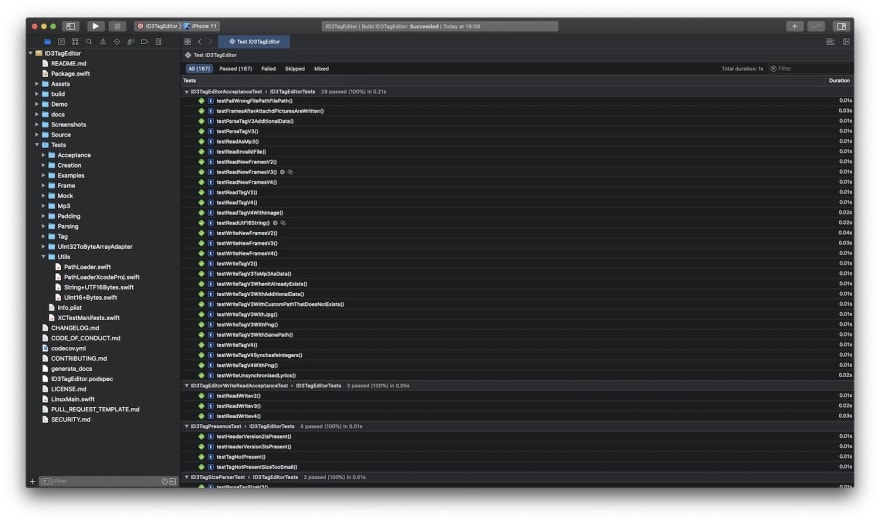 There's still one problem with this setup. ID3TagEditor is configured also as a Xcode workspace, because there are some related demo app that are contained in the repository and I need a way to manage them while developing the library. If I try to build the ID3TagEditor from the workspace view it will not compile. Why? Because resource_bundle_accessor file (the one I shown you above) is not automatically generated if you build the swift package as project of a workspace and the PathLoader class I shown you above contains the error Type 'Bundle' has no member 'module'. What can I do? I simply created a new version of the PathLoader class that gets the bundle correctly using the Bundle(for: type(of: self)) constructor where self is the test class that is calling the PathLoader. Then I removed the from the tests target the file that contains the PathLoader implementation for the SwiftPM build tools and I added to them only the new implementation, that I putted in a separated file called PathLoaderXcodeProj.swift. On the contrary in the Packagkage.swift above you can see that I excluded from the test target the implementation used by Xcode (see exclude: ["Utils/PathLoaderXcodeProj.swift", "Info.plist"],). In this way I'm able to run all my tests without any error. Below you can find some screenshot with the setup I have just described to you. 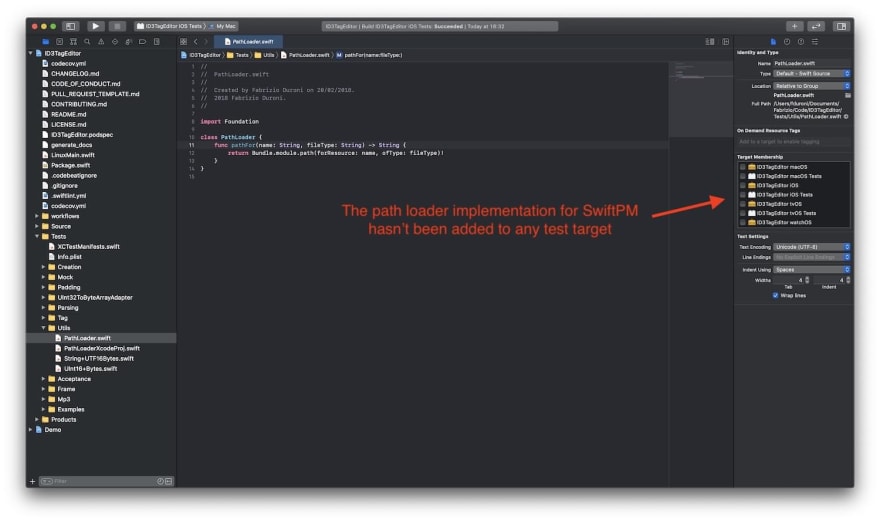 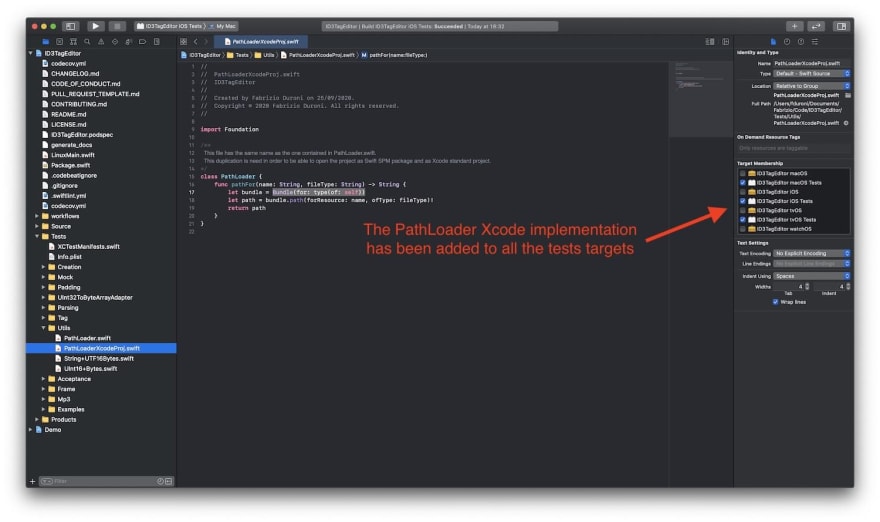 You can find more details about SwiftPM and bundling resources with it in the official Apple documentation. As you can see Apple is investing a lot of resources in improving its build tools ecosystem and make the life of developers easier. Even if I still hope that Apple will finally fully embrace PWA (so that a lot of useless shitty apps that can be web apps can disappear 😏), it's good to see that developers (of true useful native apps 😁) will enjoy in using these new tools to build their apps 😍.

Originally published at https://www.fabrizioduroni.it on October 19, 2020.

What Is the Difference Between Deep Links and App Links?

Once suspended, chicio will not be able to comment or publish posts until their suspension is removed.

Once unsuspended, chicio will be able to comment and publish posts again.

Once unpublished, all posts by chicio will become hidden and only accessible to themselves.

If chicio is not suspended, they can still re-publish their posts from their dashboard.

Once unpublished, this post will become invisible to the public and only accessible to Fabrizio Duroni.

Thanks for keeping DEV Community 👩‍💻👨‍💻 safe. Here is what you can do to flag chicio:

Unflagging chicio will restore default visibility to their posts.