Developing a sophisticated mobile app is undeniably an expensive affair and almost all the startups and the evolving small and mid-level businesses are landing on on-board or are considering the one or the other website development company for meeting with their user requirements. 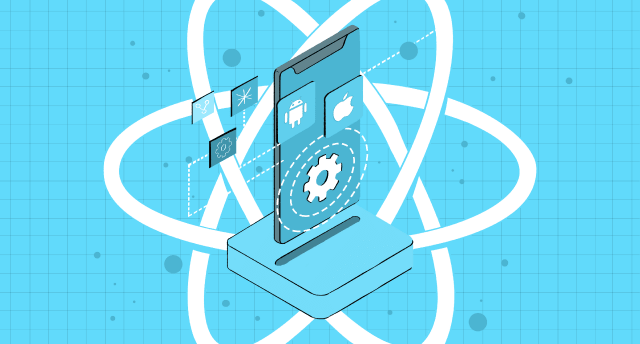 It is extremely a toil task to deal with the demands of the users, thus building a highly empowered or enriched mobile app has become the need of the hour.

In such a scenario, the best option that comes out is developing an MVP that exactly reflects the core idea of the app. The businesses can consult a mobile app development company to get the MVP developed for their ventures. MVP can be developed with just the core set of the features and with limited functionalities to keep the price ratio economical.

Plentiful of frameworks can be used for developing the MVP, but here we will shed light on the React Native and will discuss why the former framework is best for developing an MVP?

Reasons why React Native is best suitable for MVP development?

To proceed, we can define React Native as the most versatile variant of ReactJS framework. Being developed by Facebook in renders its abilities in the niche of hybrid and native app development.

So, let’s find out some of the major benefits of using React native in the niche of MVP development.

React Native is indeed an ideal framework for developing the MVP products at a reasonable price infrastructure. It helps in building both the iOS and Android-based app with the same piece of code thus, helping in reducing down both the effort and cost domain. Furthermore, since the MVP development consumes the lesser time, the launching of the product can be processed at a monumental pace.

With the aid of React Native, the developers can be built for both the platforms, Android and iOS. It guarantees to deliver a real and an enriched feel to the app while adhering to the platform-oriented and specific components that can be used for meeting with the design and the app optimization requirements.

React Native is commonly known for building the elementary version of MVP as it permits the developers to write the code in the plain and clean JavaScript structures plus also aid in delivering the sophisticated components and state models for engineering the well-versed interface and associated logic.

Therefore, it results in an app that delivers the feeling of being native rather than the hybrid. The users can get a simple and clean mobile interface and the user experience across both the iOS and the Android platforms. The response of the app is far quicker and flawless than imagined. Since the React Native helps in delivering a native experience to the other platforms, there is absolutely no reason left that why one must not use it for the MVP app development.

It is a complete high-performance package

Plentiful of global and renowned brands and relies on React Native for engineering their MVP. The framework can be used to scale the app in a better way and with the N number of features. React Native can be defined as the complete high-performance package due to the below-mentioned reasons:

Indeed, it delivers and ensures a great level of output and results across various platforms almost near to 95% for the core codebase that is being shared for both the attuned platforms that are iOS and Android.

Hire React Native developers to bypass all the complexities that are being associated with the app publishing. React native aid in dealing with all the publishing policies and helps to host and lead the entire range of functions over your servers.

Hire app developer and he will tell you, that how React native framework delivers the same performance standards as that of a Native app for both the OS frameworks.

React Native is already a known name across the globe and is consistently witnessing the high profile reputation with every passing day. React Native can be clearly stated as the standalone platform for developing cross-platform apps.

Its recognition in the niche of MVP app development is increasing with the every passing day and with the above benefits that are being listed above, the businesses must think about using the RN for getting their MVP developed.

React Native not only boils down the cost structure but also minimize the efforts of the developers. The business can showcase their replica of visions via the MVP with the aid of React Native for attracting the user base in just the right way.

An Overview of Arrays as Data Structures in Java

How to Send Data while Navigating Back in React Native

Once suspended, chirag191094 will not be able to comment or publish posts until their suspension is removed.

Once unsuspended, chirag191094 will be able to comment and publish posts again.

Once unpublished, all posts by chirag191094 will become hidden and only accessible to themselves.

If chirag191094 is not suspended, they can still re-publish their posts from their dashboard.

Once unpublished, this post will become invisible to the public and only accessible to chirag.

Thanks for keeping DEV Community 👩‍💻👨‍💻 safe. Here is what you can do to flag chirag191094:

Unflagging chirag191094 will restore default visibility to their posts.