Earlier this week I decided to pause progress of my microservice today to instead test @humphd's dockerized Firebase emulator. I needed to ensure this works for two reasons:

Last week I participated in a hackathon and used Firebase as my db of choice. I ran into some issues that were preventing me from inserting data into my local version of the db. I had assumed that this was due to the fact that I had never specified a private API key to use. This is a big issue as having to specify a private API key to use the offline emulator means that we have to authenticate each and every developer who needs to use Firestore (this also ruins our potential CI pipeline.) Assuming the worst, I reported my grim findings during our triage meeting on Tuesday.

Evidently this is not the case as I did not specify one when testing this PR. Hopefully the fact that the emulated version now works is due to PEBKAC, RTFM, or both. I need to release a draft PR in order to get more devs to test my code.

I tested this PR by making a separate (i.e. bastardized) version of my current microservice work that I use to send data to my Firestore, and pointing it to the dockerized version. It sounds simple but there were a few things that I had to do first: I had to lighty reintroduce myself to Docker, fix my Ubuntu WSL2 install (god I need to get Ubuntu working with my fakeraid system...), and do some reading and catching up about Firestore Emulator. After some time I finally got it to work and reported by findings on the PR. 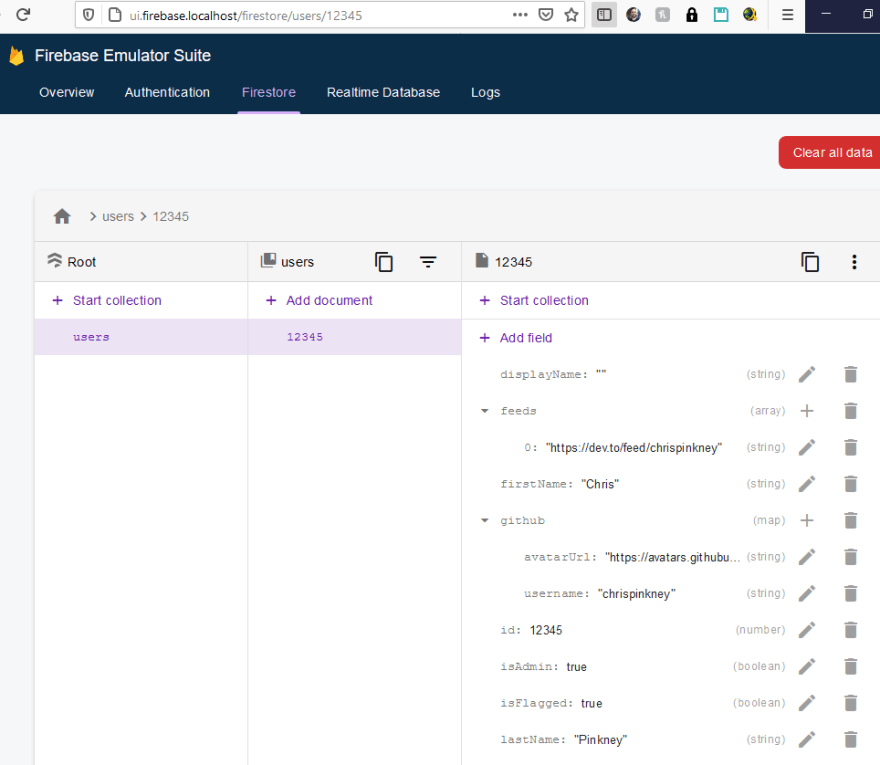 Anyway, testing this PR was a lot of fun and a headache at the same time. I imagine this feeling is a lot like raising children.

After finishing my review, I proceeded to continue working my microservice. It's finally nearing a point where I can release it to the wild for review. I needed (and am eternally grateful for) guidance, direction, and help to push this thing into a PR. The only thing that I lack now is time. Time, and brain cells mostly. It's getting late in the week and the last 10% of something always takes as much time as the 90% did. Well, maybe not 90% in this case, but it sure felt like it given all the work I've rushed into this in the last few days.

So now that the microservice is finally up, I'm hoping for a lot of feedback. I still have things that I need to fix, though mostly minor things and documentation edits. I have a few tests that need to pass, and I'm hoping to make the time for it this week around my work schedule. I'd also like to expand on how exactly to test the PR on the PR page. Sometimes it's hard to translate what little goes on in my head, to fingers and keyboard.

Something else that needs answers that I didn't think about until now: How do I ensure my delete route can only be ran by admins? Any fellow proletariat can execute a delete route and delete a bunch of users. Questions, questions that need answers and riddles in the dark.

Minor list of things that did dun need doing:

Oh, and I just reviewed Tony's microservice! I unfortunately missed out on Abdul's and I kept my head buried in the sand for the last week or so trying to finish this up, so I'm glad I got to play around with someone else's. Got looks like a sweet library, that plus celebrate is really turning me towards NodeJS development.

Anyway that's it for me right now. Fun but busy week, and as always looking forward to the next one.