I'm currently reading Steven Levy's Hackers and came across this quote which I thought was worth sharing. I think it not only embodies the hacker ethic, as Levy describes, but also provides a glimpse into the future. One day, everyone will be their own designer, implementor, and user. 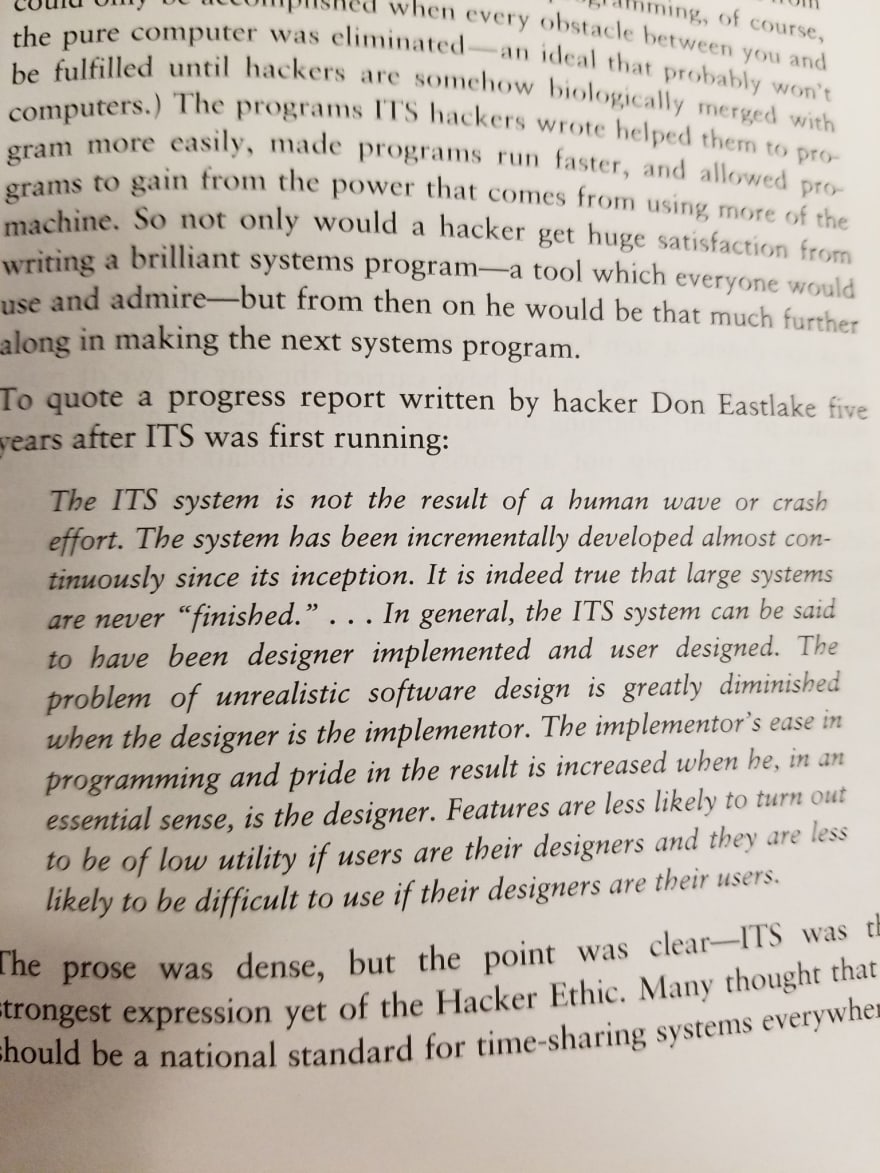 The ITS system is not the result of a human wave or crash effort. The system has been incrementally developed almost continuously since its inception. It is indeed true that large systems are never "finished." ...In general, the ITS system can be said to have been designer implemented and user designed. The problem of unrealistic software design is greatly diminished when the designer is the implementor. The implementor's ease in programming and pride in the result is increased when he, in an essential sense, is the designer. Features are less likely to turn out to be of low utility if users are their designers and they are less likely to be difficult to use if their designers are their users.

Do you turn off your socials / phone sound / mobile data when doing work?

Don't Miss The Opportunity that Web 3.0 Gives You

Try Code here
🤯 Did you know there are F13-F24 keys? 🤯
#discuss #todayilearned #watercooler
VS Code extensions to increase your Productivity
#webdev #vscode #productivity #beginners
How To Ask for Help as a Developer
#webdev #programming #computerscience #career