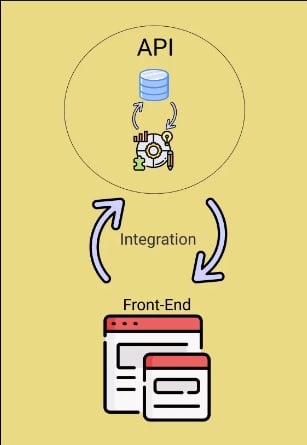 fetching the api is always awesome part for the front-end developers where you integrate with api response and status and you decide what to show the client and handle errors that comes from the backend(api).
we have integrated LoT Dashboard with its backend where we had worked on CRUD functionalities. I personally at the end of the week I have integrated authentication process and consumed all data from the backend.

Thursday we had an interesting session with Thomas which was about agile project Management.
we have played a game where we had to act the role that we are given, I had a developer role in this game where I had to as a lot of question to the scrum master and project owner so that as a team of developers we can understand well what the client(project owner wants).

Friday is always awesome this is where we wrap up what we did for the whole week and also plan for another.
As we approach approach the last week of the taskforce we have to brainstorm our final project where we have to demo on the graduation day.

We have reached the end of week 5 and started week 6 which is the last week of our task force and we are working on the final project.

how to prepare for flatiron school // resources i used

Building a metrics dashboard with Superset and Cube

Richard Munyemana
I am a beginner frontend developer on the road to being a full stack developer
Task Force 3.0 Week 4 TaskForce week 3 Git workflow best Practices and project containerization