This is an easy Leetcode 733 problem. See problem description below: 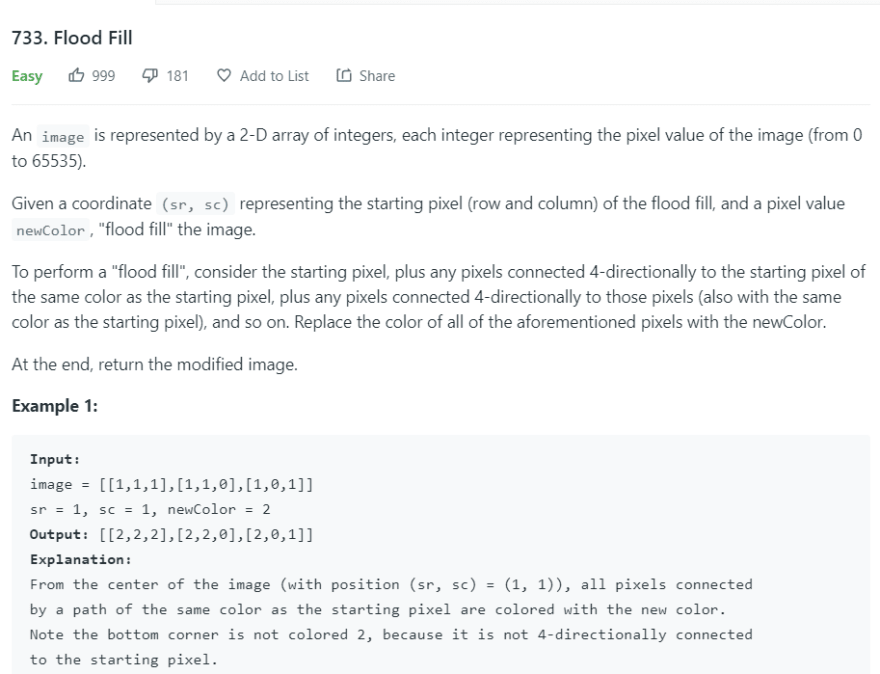 To get a clearer picture of what the question wants us to do, first, it will be better to break the multidimensional array elements to form a square-like structure e.g the picture below shows the break down of [[1,1,1], [1,1,0], [1,0,1]]: 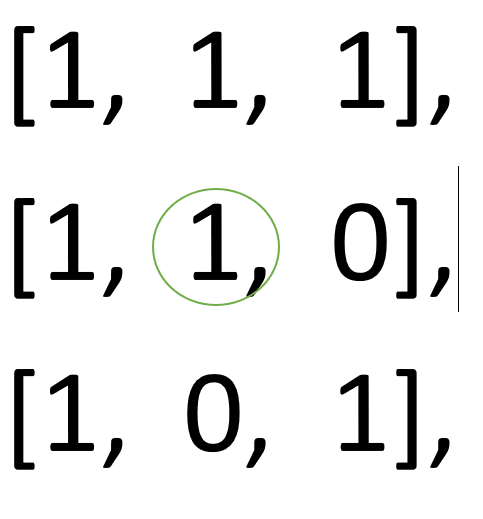 For example, assuming the circled number in the image above is the starting index, the image below shows exactly the steps that will be taken to flood fill: 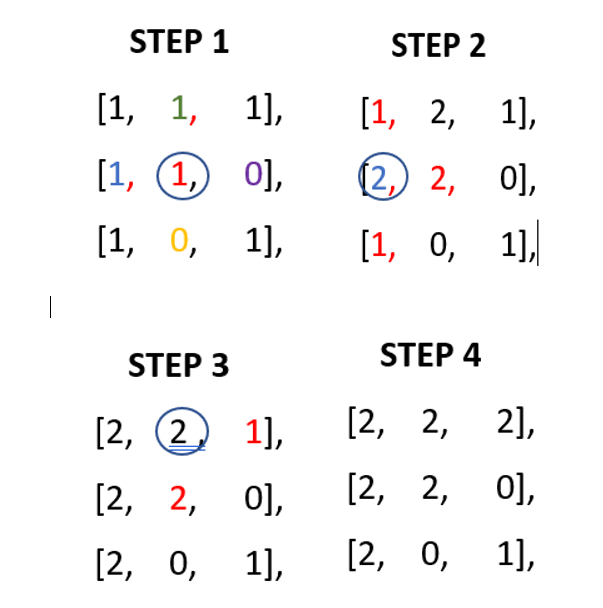 So Step 1 starts from the middle as the starting pixel, changes itself to the new colour which is ‘2’ in this case. It checks its neighbours (left, right, top, bottom), replaces those that had the same number as the one the starting pixel had (which is 1)before it changed to the new colour (2). So it changes all the 1s to 2s as long as they are neighbours. it then moves the ‘batton’ to its left neighbour (1st column)to go through the same process.

Step 2, changes its top and bottom neigbours to 2 because those neighbours had the same number as its initial before itself was changed. NOTE that step 2 does not have a left neighbour.

Step 3 and 4 go through the same process.

The source code is shown below:

Thank you very much for reading. Please leave a comment or suggestion.

Newbie Programming Mistakes We Can All Avoid

RedwoodJS with Sanity.io CMS as Backend