Let's kick the discussion off with talking about our favorite framework, Flutter! Tim Sneath introduced how the developers worldwide have used Flutter to create over 500,000 apps with beautiful UIs across multiple platforms. 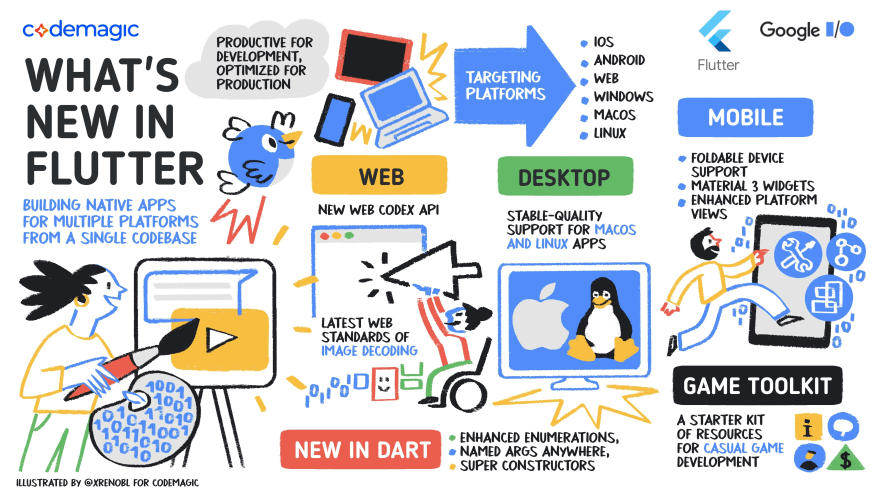 In the developer keynote, Google announced Flutter 3! With the stable release for macOS and Linux, you can now take advantage of the framework to create apps for six platforms --- Android, iOS, macOS, Windows, Linux, Web ---  from a single codebase. 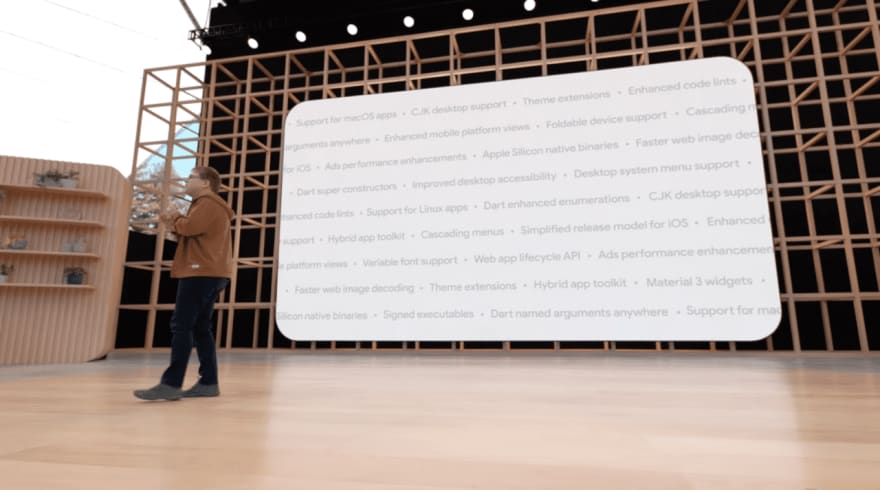 By the way, Flutter 3 is already available on [Codemagic**](https://flutterci.com/)!**

Canonical has worked on supporting Flutter and bringing the Flutter SDK to Linux, which is now a stable release. For the stable macOS release, you can create Universal Binary for your macOS app to support both Intel and Apple Silicon machines. Also, Flutter is now fully native on Apple silicon for development.

And when we talk about** Apple silicon**, we can't help but mention that your favorite CI/CD provider Codemagic has released the first M1 Mac mini build machines to the public! Take advantage of the blazing fast speeds for your Flutter builds! For details, please refer to the docs.

The Flutter team also announced a new toolkit for speeding up the development of casual games on mobile. You can find all the information about it in their documentation, including a fully-featured game template app.

Do you know that 62% of Flutter developers use Firebase in their apps? Incredible numbers, right? Flutter now has fully-supported integration with Firebase.

In particular, the highlight of the integration was Flutter support for Crashlytics, where you could easily look into errors and solve them before it impacts your users. All you have to do is add the Flutter plugin to use the Firebase Crashlytics API.

Why you should use a Go backend in Flutter

Once suspended, codemagicio will not be able to comment or publish posts until their suspension is removed.

Once unsuspended, codemagicio will be able to comment and publish posts again.

Once unpublished, all posts by codemagicio will become hidden and only accessible to themselves.

If codemagicio is not suspended, they can still re-publish their posts from their dashboard.