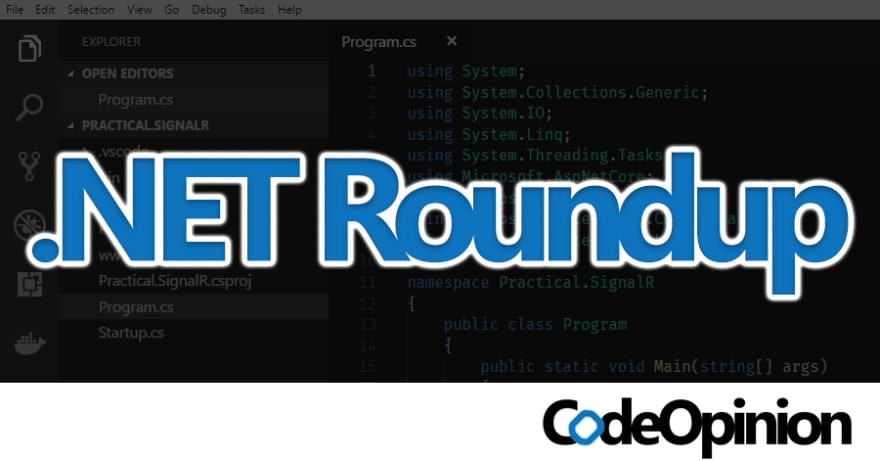 Here are the things that caught my eye recently in .NET. I’d love to hear what you found most interesting this week. Let me know in the comments or on Twitter.

Dapr is an open source, portable, event-driven runtime that makes it easy for developers to build resilient, microservice stateless and stateful applications that run on the cloud and edge. Dapr embraces the diversity of all programming languages and developer frameworks and simplifies building applications such as the e-commerce example.

The feedback from you and others is that EF Core made the jump to .NET Standard 2.1 too soon. A lot of apps are still transitioning to .NET Core, and the ecosystem of libraries (especially WinForms and WPF) is also still translationing. Even UWP and Unity aren’t ready for .NET Standard 2.1 yet.

After investigating this, we discovered that a lot more of corefx has been backported to .NET Standard 2.0 than we originally anticipated when we made the decision to target .NET Standard 2.1.

Given your feedback and the unexpectedly low cost of maintenance–remember, we’re just a small team of five engineers–we decided it was probably worth implement this.

We hope that one last LTS release on .NET Standard 2.0 will give everyone a chance to catch up to the vision of .NET 5.

I never noticed this portion of the docs and found it really interesting to see some best practices, particularly around the performance reliability. I really like the DO vs DO NOT examples.

I just finished reading "Pro ASP.NET Core 6" and this is my review.

Once unpublished, this post will become invisible to the public and only accessible to Derek Comartin - CodeOpinion.