Like the standalone PC’s of the 1980s, the personal IDE remains an island detached from the opportunity to improve collaboration for the development team and the company as a whole. A new era of connected IDEs is coming that does not require you to leave behind the IDE you love. Using modern plug-in technologies, your IDE can begin to evolve towards a truly Integrated Development Environment that will make collaboration easier while improving code quality.

In the beginning of the personal computer revolution, circa 1975, the IDE was invented. It was called Maestro I and it was the first “modern” development environment. The Integrated aspect of the IDE refers to the combination of a source code editor, build automation tools and a debugger. Since then, a plethora of IDEs have been developed ranging from VI and VIM to Emacs, Visual Studio, Sublime and VS Code. The term has evolved to refer both to the source code editor as a standalone tool, as well as the more complex environments that integrate multiple tools.

A more modern concept of integration refers to the ability of an application to connect to another, typically developed by another entity or company. For instance, the Jira Integrations page displays a collection of hundreds of third party applications not produced by Atlassian that connect through APIs to Jira. Let’s explore now the state of the IDE world.

The modern Connected IDE is taking over

Much has changed in the last 5 years in the IDE world. When Stackoverflow asked developers to select their favorite editor/IDE in 2015, these were the results (Note that you can vote for more than one editor, so totals can add up to more than 100%): 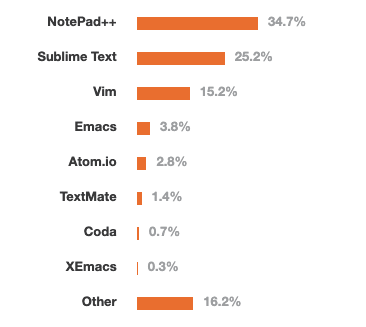 Sublime and NotePad++ were leading the pack, while Atom, a product of GitHub was just emerging as the first truly extensible editor. Atom was built on Electron, and was touted as A hackable text editor for the 21st Century.

In 2017 the state of the IDE had already changed significantly: 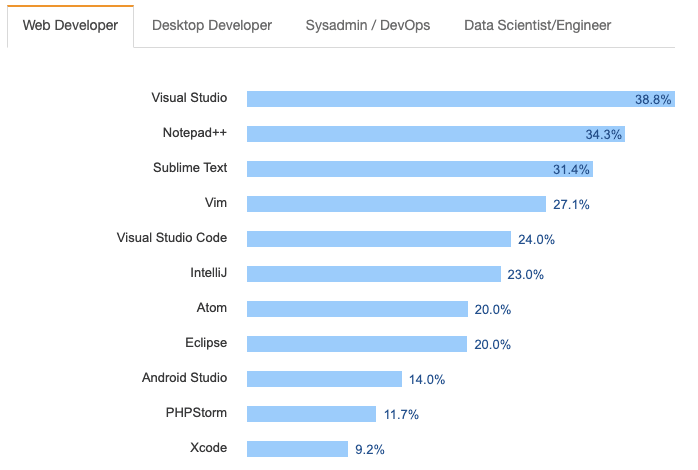 By 2019, the picture had changed again, now with a new leader from Microsoft: 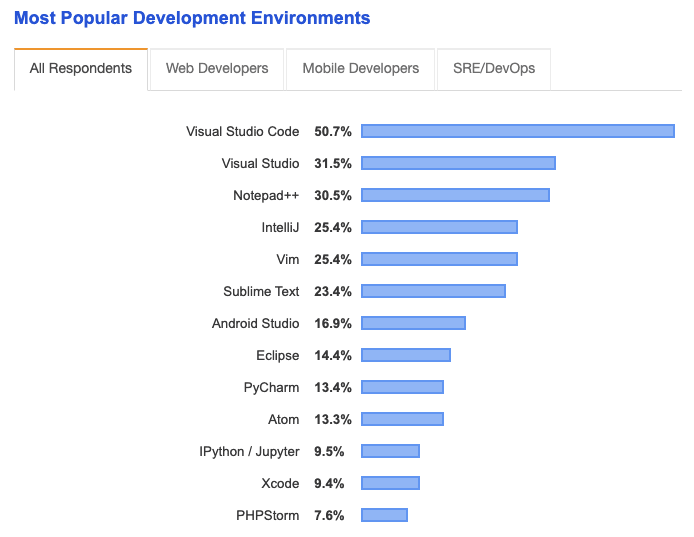 Visual Studio Code, an Electron-based Open Source free editor is now the #1 IDE in the world, and it’s very extensible. Atom has fallen off and will probably continue its decline in 2020, now that GitHub (publisher of Atom) is also owned by Microsoft. All modern editors now support plug-ins, and therein lies the collaboration opportunity: The connected IDE.

From the Personal IDE to the Connected IDE

Most developers today continue to code in a Personal IDE mode. When it’s time to ask a question or have someone review their code, they move it over to a different environment, outside their IDE, losing context and unnecessarily introducing friction. This is a big deal because quality and productivity suffer. At CodeStream, we have interviewed over 2,000 development teams to find out how they go about producing code. Let’s take a look at two scenarios that benefit drastically from having a connected IDE. 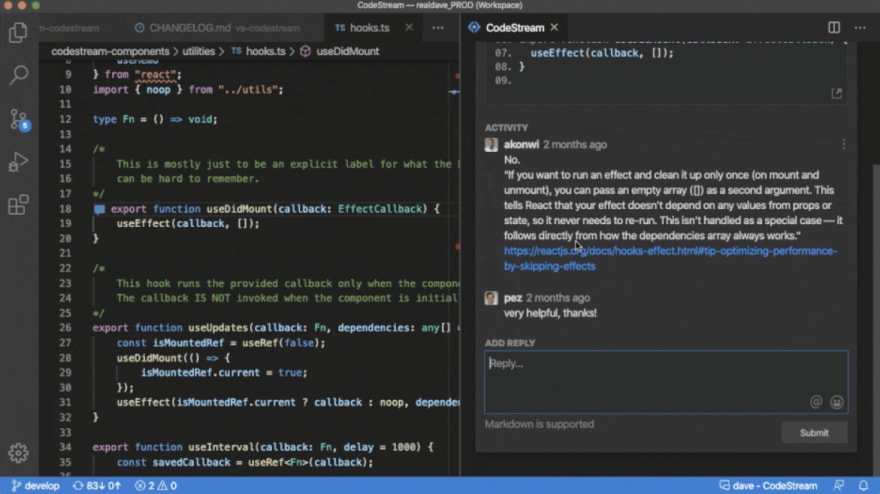 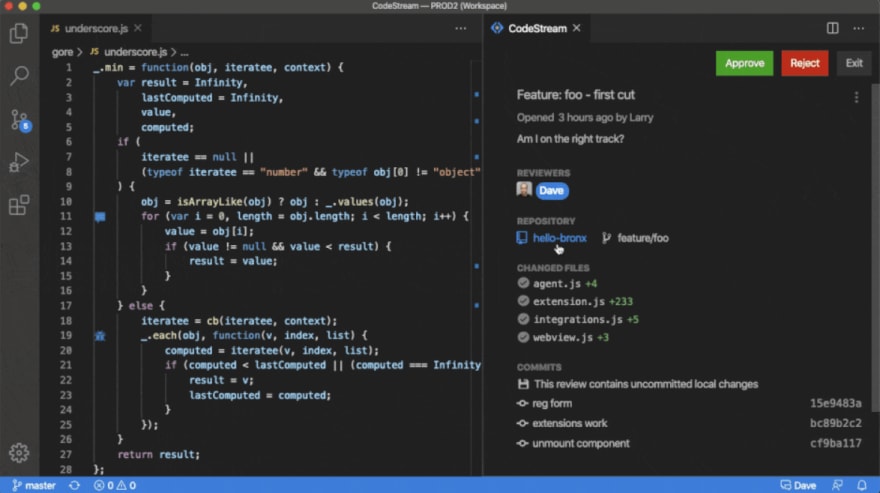 In the future, every IDE will be Connected

Atlassian, one of the world’s largest development tool companies, believes that teams are the foundational unit of the company’s culture. So strong is their belief in teams that the stock ticker for the company is in fact TEAM. But culture is only the first step in enabling teams to optimize their performance. As we will see in the next post, the Connected IDE has a big role to play in fostering a positive and productive team environment.

How to choose the right NPM package in 4 steps 📦