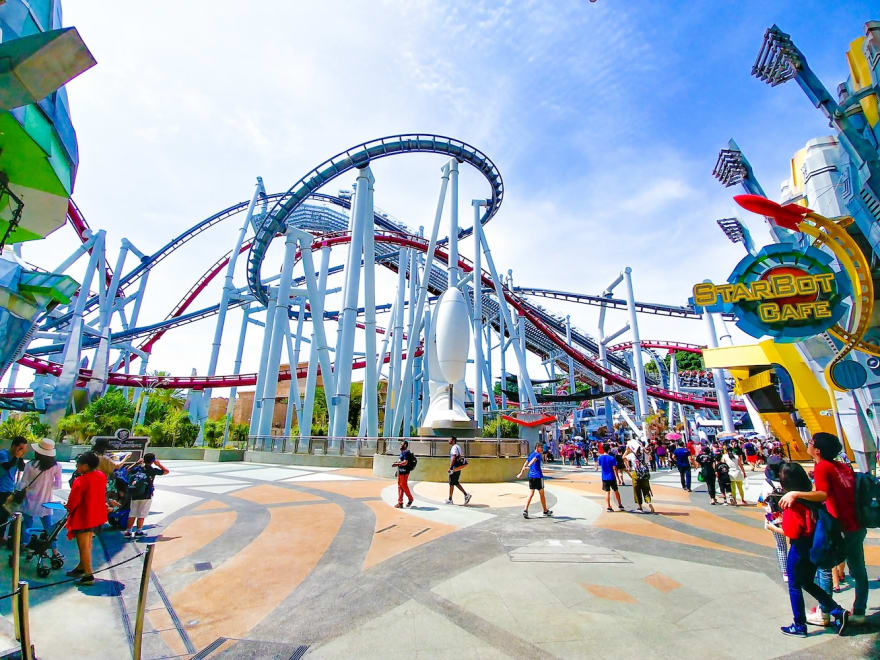 Loops let you run code as many times as you want! They are really powerful, and a great thing to know. Learn them once and for all in this article from Code The Web!

Welcome to another post on Code The Web! First of all, I want to encourage you to follow along in this article. It will help you learn better, and also help you to remember what you have done. Let's start by making a new HTML file with a <script> tag in it:

Once that's done, open it up in your web browser and you're ready to go! (don't forget to save and reload the page every time you make a change)

What are loops in JavaScript?

Loops simply run a chunk of code multiple times. For example, take a look at this code:

If we wanted to repeat this five times, we could do this:

However, this is very bad programming and can get very unwieldy if you need to repeat large chunks of code hundreds of times. Also, it is not very useful. For example, what if wanted it to repeat x times? This is where loops come in handy. The amount of times is often determined by variables, but can also be determined by actual numbers. Loops can be especially useful for doing something to each element in an array (each item in a list) but come in handy in many of situations.

Wait, if we're doing while loops first then why did the title start with "for"? I don't know really, it just sounds better that way.

A while loop keeps repeating code over and over again while a certain statement is true (i.e. until it is false). Here is the syntax:

It's that simple! Here's an example which keeps finding a random number from 0-1 until it is over 0.2.

But what if we wanted it to alert the number? We can't write alert(Math.random()) because then it would find a new random number to alert. So, we'd have to make a variable and then set it to the random number at the end of each loop. It would then compare this number, and would have it stored in a variable so we can alert it later:

Infinite loops are loops that will keep running forever. They can happen with both for loops and while loops. Here is a very basic example — DON'T TRY IT UNLESS YOU'RE FINE TO LOSE ALL YOUR TABS

It will freeze the page, and even entire browser depending on your computer. You will usually not be able to close the tab, and will probably need to quit and reopen the entire browser! So, always be on the lookout for infinite loops. They might not always be as obvious as while(true). It could be any statement that will always evaluate to true.

Let's say you wanted to alert "Hi" five times. As I said earlier, this is a very bad way to do things:

However, how would we do this with a while loop? We'd have to set a counter variable, and then add one to it each time:

First, let's make this code follow better programming conventions. Instead of using the counter variable, we should name it i. This is simply a convention and stands for 'iteration'. You don't have to use i, but it is a good idea to do so. It will make your code more easily integrated with other developers' codes, and make everything much more consistent.

Also, we're starting the counter on 1. In programming, it is a convention to start counter variables on 0. Why not 1? Well, in most programming languages, the first element in an array (list) is item 0, not item 1. Seeing as loops are often with arrays, it is good programming convention to start all for loops at 0. While it may seem confusing at first, it will make your code a lot less confusing as you progress in learning JavaScript. Because i is now one less, we'd say counter < 5 instead of counter <= 5.

So, here's what our while loop looks like after getting it to follow good programming conventions ('best practices'):

Believe it or not, there is a much faster, better and easier way to do this using JavaScript! It's by using a for loop:

Let's take a look at this code. It's quite similar to a while loop, except all the different parts have been moved around. Again, we're using i as our counter variable.

So first, we're setting i to 0. Instead of doing this before the loop, we do it inside the brackets of the for loop, right at the start.

After the semicolon, we have a boolean expression (something that evaluates to true or false). This is like the part from the while loop, and operates in the same way! The stuff inside the curly brackets will run while that statement is equivalent to true (in this case, i < 5).

Here's a summary of the for loop syntax to make it easier to understand:

(hover over the code and scroll sideways to see it all, or drag sideways on a touchscreen)

Try to make a for loop that alerts "Yay" three times. Don't use the code for repeating five times to help! See if you can do it using just the syntax code to help you.

See if you got it right!

Also, you can use i inside your code in the curly brackets! While this mostly comes in handy for iterating through arrays, it can be used however you want. For example, alerting the numbers from 0 - 4:

Congrats on learning all about for loops and while loops! I know that when I was learning, I found the concept of for loops especially confusing. Remembering what the three parts inside the brackets went was quite hard, and the only way that I finally got it was through practice. So try making a few different things with for (and while) loops! It is the best way to learn it.

If you got something out of this article, I'd really appreciate if you shared it or bought me a coffee. It's $4 that would go a long way, and make the rest of my day awesome.

If I'd spent the time on Code The Web working at the minimum wage instead, I would have earned $1,770 by now! But instead I've dedicated my time to you guys and to helping people learn, and only earned $16. So it would be great if you could give a little thanks in return, I'd really appreciate it! 😘

If you want to receive more articles like this on web development as well as awesome web development articles from around the web, be sure to sign up for the weekly newsletter! I only send an email once a week with a roundup of awesome articles. I'll leave this handy little form below...

See you next time, where I'll be talking about functions in JavaScript! They are one of the most integral parts of JavaScript (I know I've been saying that for like 4 articles now, but it's true 😉). See you then!

P.S. In this post, I officially passed 50,000 words! 🎉😁 It's been an awesome time writing this blog (nearly 6 months!), and I will definitely continue into the future! I want to thank all the fans, newsletter subscribers and readers for actually coming and reading what I have to say. I really didn't think that Code The Web would have so many visitors, and really appreciate every single one of you all. 💖

Building your career as a developer