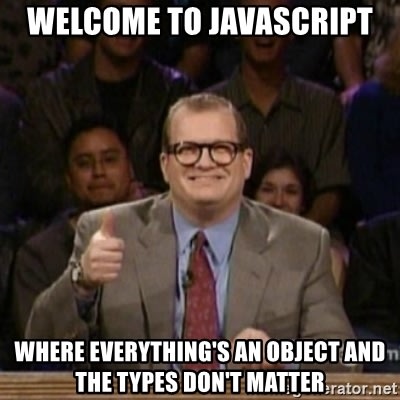 Objects are abstractions (or described representations) of physical things with which we interact in the real world. Some real-world things are much more alike than others. A boot, for example, has much more in common with a slipper than it does with a tree. It wouldn't be out of the ordinary to refer to either as a Shoe. Without hardly knowing it, we make these mental organizations all the time.

The purpose of Object-Oriented Programming is to mimic these real-world categories as closely as possible. As important as it is to recognize the similarities between objects, we must also realize their differences. Let's take our Shoe example a step farther.

Let's discuss what properties and behaviors shoes have in common: a size, a color, and a material. We can change a shoe's color or a shoe can wear down. 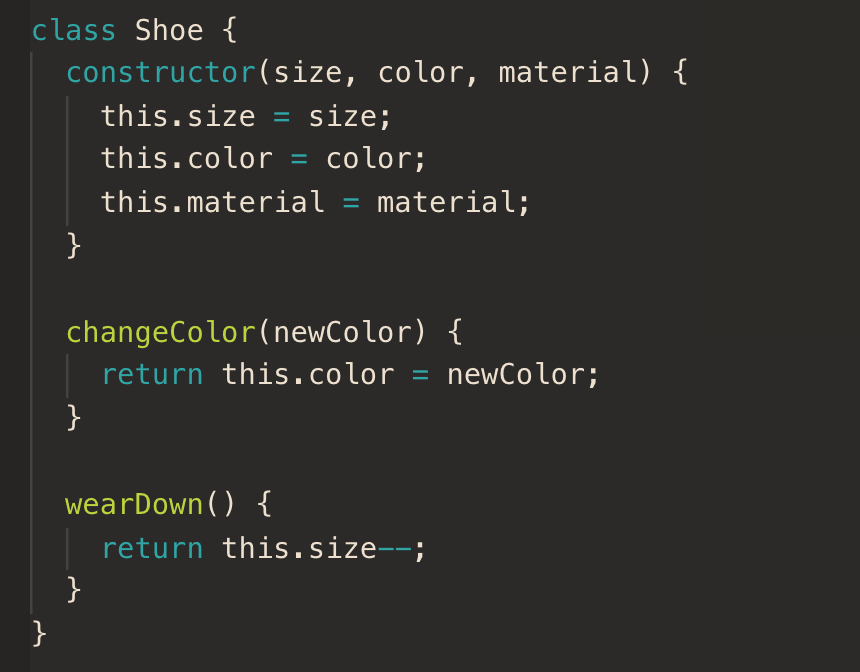 Just as we do in reality we can categorize all Shoes by what they have in common, and create an endless amount of individual Shoe copies that inherit all the characteristics that all shoes have, but with their own unique characteristics as well.

In this case Shoe is known as a Generalization; in other words the more general, less specific description of a real-world item. 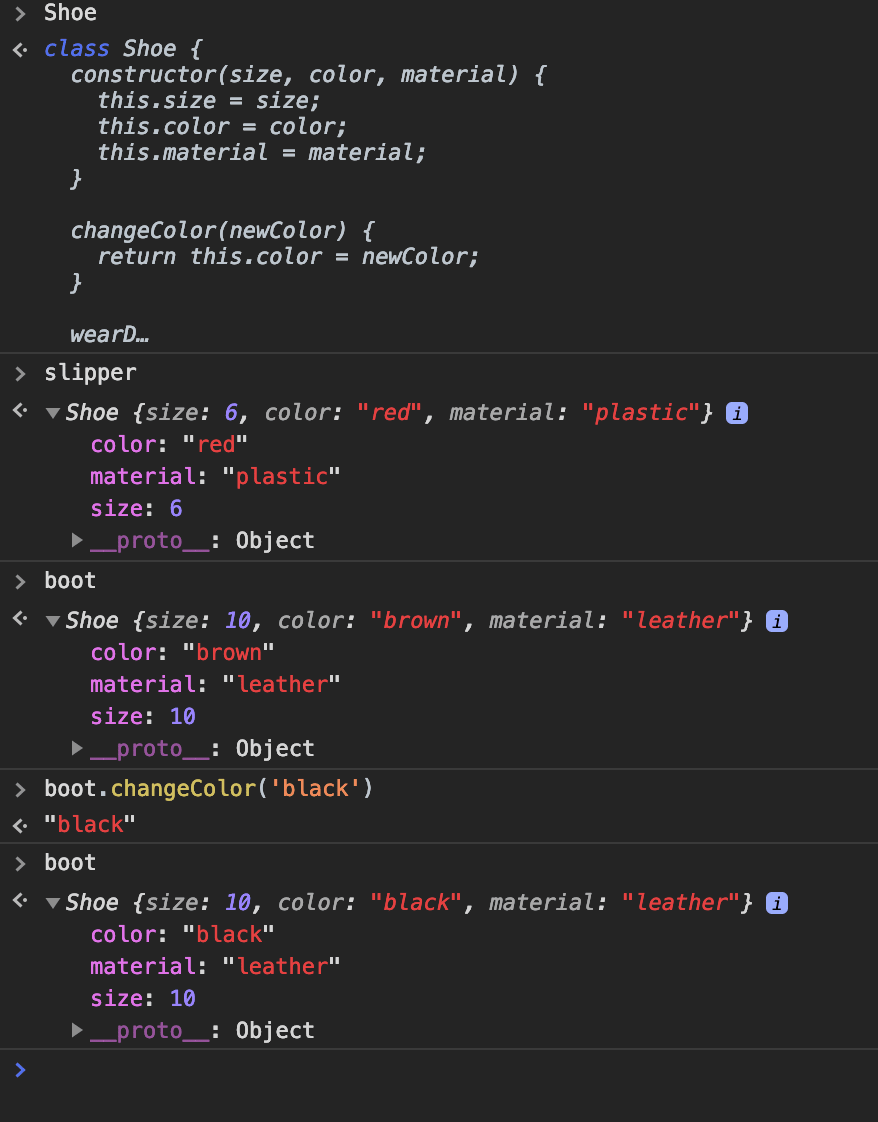 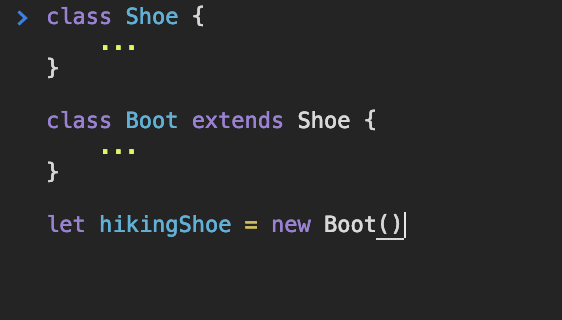 The Mechanics of Prototypal Inheritance

In JavaScript, all Objects have a Constructor. And in JavaScript classes, we use the Constructor function to create and instantiate new Objects within a class. Each class can only have one constructor. In the example above, we instantiate each Shoe Object with characteristics that all Shoe Objects share (all Shoes have a size, color, and material).

You can take a more in-depth look into Constructors (how to view an Object's class, how to change a class, etc.) on MDN.

According to MDN docs the New operator performs the following actions:

In order to instantiate a Prototype of a JS class, we use the keyword new. In the example above, we define the name of the new Object let slipper and create it with new. We then pass in the parameters defined in the constructor of the Shoe class. These new Object instantiations are known as types. You can then access any of the Object properties by calling, for example, slipper.size or slipper.color. 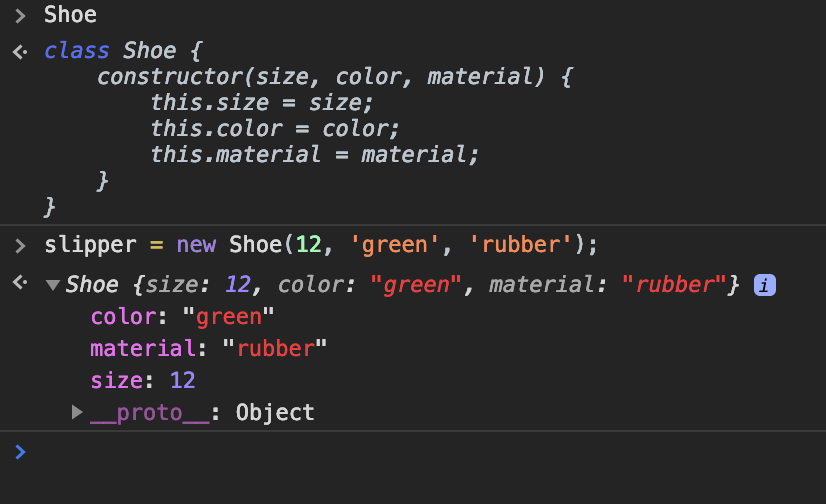 Once suspended, crishanks will not be able to comment or publish posts until their suspension is removed.

Once unsuspended, crishanks will be able to comment and publish posts again.

Once unpublished, all posts by crishanks will become hidden and only accessible to themselves.

If crishanks is not suspended, they can still re-publish their posts from their dashboard.

Once unpublished, this post will become invisible to the public and only accessible to crishanks.

Thanks for keeping DEV Community 👩‍💻👨‍💻 safe. Here is what you can do to flag crishanks:

Unflagging crishanks will restore default visibility to their posts.