We use command line to talk to the computer, not by action in GUI.

We will need to use command line for the below scenarios:

There are almost 300 commands for Windows and its predecessor, MS-DOS. Over the decades, some commands have been kept around, some have only recently been added with newer versions of Windows, and others have been removed or replaced. In our comprehensive list, we explain what the different commands mean and on which Windows versions they run. This way, you can quickly look up whether the CMD commands that you know still function with Windows 10. To make it more clear, we’ve divided the Windows command prompt commands into four categories: basics, files, system, and network.
Below I will show some example for each category.
1.Basics

If we want to show the current version number of windows:

Or kill a browser instance:

If we want to delete an image file:

For example with whoami command:

4.Network
Legendary command would be ping:

PowerShell commands let you manage computers from the command line. PowerShell providers let you access data stores, such as the registry and certificate store, as easily as you access the file system. PowerShell includes a rich expression parser and a fully developed scripting language.

Powershell is very different from command prompt. It uses different commands, known as cmdlets in PowerShell. Many system administration tasks — from managing the registry to WMI (Windows Management Instrumentation) — are exposed via PowerShell cmdlets, while they aren’t accessible from the Command Prompt.

PowerShell makes use of pipes—just as Linux does—that allow you to pass the output of one cmdlet to the input of another cmdlet. Thus, you can use multiple cmdlets in sequence to manipulate the same data. Unlike Unix-like systems—which can only pipe streams of characters (text)—PowerShell pipes objects between cmdlets. And pretty much everything in PowerShell is an object, including every response you get from a cmdlet. This allows PowerShell to share more complex data between cmdlets, operating more like a programming language.

PowerShell isn’t just a shell. It’s a powerful scripting environment you can use to create complex scripts for managing Windows systems much more easily than you could with the Command Prompt.

Some example commands in powershell:

IV.Stored commands in file for automate task:
1.Batch file:
Normally you should store native windows command in file .bat.
You can call this file as when the windows restart, or schedule to run it at particular time

`
Above is the batch file to delete chrome policies.
@echo off to prevent print to log what command will be used

To automatically run the '.ps1' file, you can create '.bat' or '.cmd' file, and from that file, you run the powershell file.

For more details, you can refer to this guide : powershell-script-autorun

I would suggest to use visual studio code.
You can download from here: visual-studio-code

1.Bat file
Currently I don't see the extension support for batch script.
But when you save the bat file in VS code, it will hightlight the correct command , so maybe it good for you to write the script. 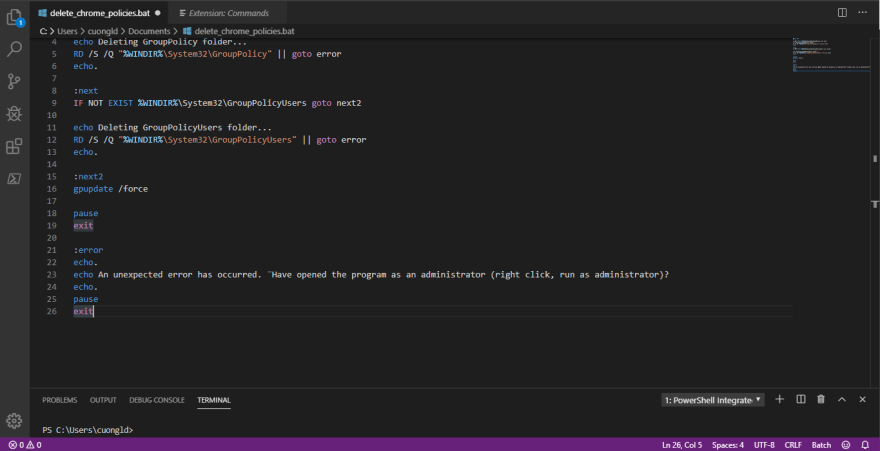 The below is what '.ps1' file looks like in vs-code

As you write powershell script in vs-code, there will be autocomplete suggest for you.

That's it. It's been a long time I did not write any blog. So hopefully, after this, I can write more.
Peace!!!!

Notes: If you feel this blog help you and want to show the appreciation, feel free to drop by : 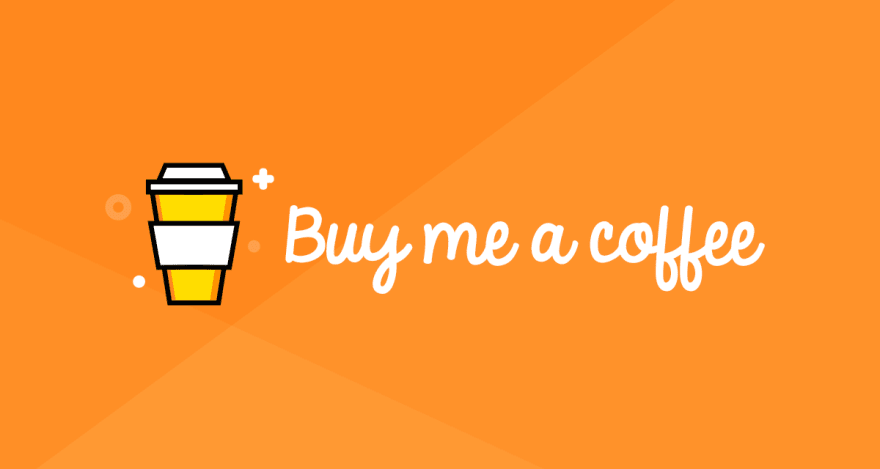 This will help me to contributing more valued contents.

Getting Started with Camunda & Spring Boot 🍃

Windows behaves as if the left shift key is stuck

Once suspended, cuongld2 will not be able to comment or publish posts until their suspension is removed.

Once unsuspended, cuongld2 will be able to comment and publish posts again.

Once unpublished, all posts by cuongld2 will become hidden and only accessible to themselves.

If cuongld2 is not suspended, they can still re-publish their posts from their dashboard.

Once unpublished, this post will become invisible to the public and only accessible to cuongld2.