Communication is a fundamental skill for engineers. No one builds anything on their own. Whether participating in an open-source project or being employed to crank out code, you need to work with others. The value of effective communication skills cannot be overstated.

Even Linus Torvalds, a curmudgeon who will never lack work and whose word is law in the Linux community, has acknowledged the need to be more measured in his criticisms and more generous with empathy.

Soft skills, in the parlance of our times, are in vogue. Employers and potential collaborators will judge you based on your ability to lucidly communicate your thoughts in an agreeable and succinct fashion. 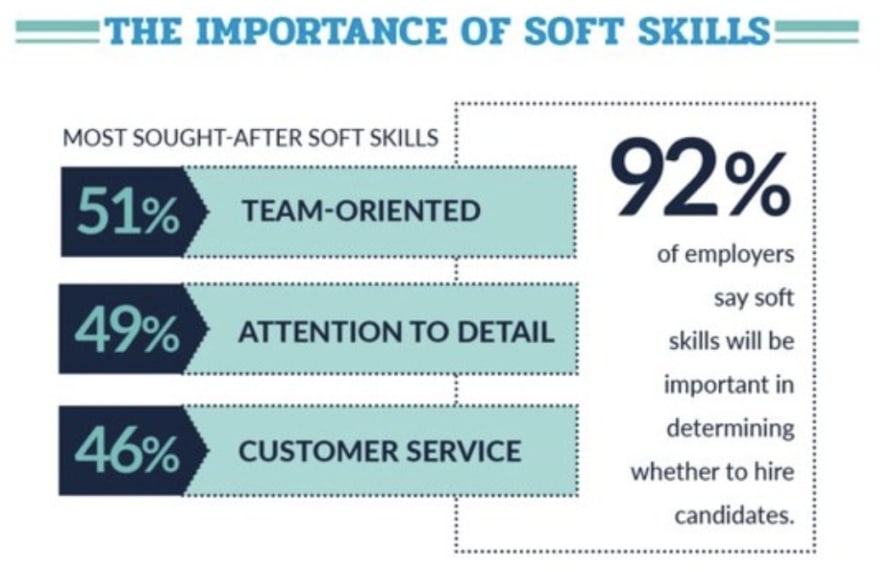 CareerBuilder also found in this survey that eighty percent of hirers said that soft skills would be equally or more important than hard skills.

There are many great guides and books written about how to communicate effectively with other human beings. A lot centers around having empathy. Having an understanding of where someone is coming from, considering the information that they have that you don't or vice-versa, and being respectful are basic tenets. I offer a few suggestions here:

Use interrogatives instead of declarations

Even when you are pretty sure of a fact you want to communicate to someone else, it is often better phrased as a question rather than a statement of fact.

"Why did you write it this way?" is infinitely preferable to "this code is wrong."

If discussing a solution or implementation with someone, ask them what they think first, regardless if you already have a plan in your head. They may suggest what you are already thinking, may have thought about things you haven't, and may bring up other good ideas. Especially for junior people; it helps them engage their critical thinking skills instead of learning to rely on you to provide the answer. It gives people more ownership and desire to defend their idea because it's theirs.

This is one I am especially guilty of, and it has to do with knowing when to concede a technical argument. Very often there are no clear right answers for how to proceed with a feature or fix, and a healthy discussion of the tradeoffs can be illuminating and help arrive at a reasonable solution.

However since many tradeoff estimations involve a lot of guesswork and feelings and intuition, the "best" answer may never be agreed on. At some point you have to agree and move forward, and different people may have ideas of when that time has passed. I know I've driven at least one person crazy by continuing past the point they considered to be entering the domain of diminishing returns.

Often the proper solution isn't clear. Agreeing on a proposal, prototyping, and gathering more data is more fruitful than making people exasperated or arguing for hours. Once you sit down to actually try it, it may quickly resolve the debate.

Try to not talk too much shit on other people's code

"Oho!" said the pot to the kettle; "You are dirty and ugly and black! Sure no one would think you were metal, Except when you're given a crack."

"Not so! not so!" kettle said to the pot; "'Tis your own dirty image you see; For I am so clean – without blemish or blot – That your blackness is mirrored in me."

If there's one thing engineers love to do it's complain about languages, libraries, tools, operating systems, service providers, interfaces, APIs, containerization systems, people on mailing lists, etc… When your tools don't work right it can cause you hours of frustration and confusion, which nobody enjoys.

A moment's contemplation will recollect the vast amount of sub-standard, buggy, hacked together balls of mud that the experienced engineer has thrown together in the past. If you write perfect defect-free code then you should continue with your expressions of distaste for the inferior engineers out there making fools of themselves. If on the other hand, you realize you have made plenty of blunders of your own, consider going easy on the target of your ire.

I've seen many online communities devolve into an ever-smaller group of grumpy guys, mostly chatting about how much everyone else is stupid and sucks. These communities sap your soul. Inject some positivity into your world when you can.

People aren't mind readers and they generally are focused on their own work and problems. If you have information that may be useful to others, don't wait for them to come to you and ask for it. If someone hasn't asked you for an update or provided you with what you need, reach out rather than suffering in silence.

Over-communicating in a team is almost always better than under-communicating. By letting people know what you're doing you can help others prioritize, not duplicate work, know whom to ask questions, inform you if they're making changes that could affect your work, and reduce the need for people to make assumptions.

Assumptions are frequently foolish and rarely right. Often a brief message can save you time, making sure you don't start off down a fruitless path. And by asking, you are communicating information about what you are working on and the fact that the knowledge you seek is not as widely shared or accessible as the owner of it may assume.

Nothing makes working with code others have written go smoothly like having comments liberally sprinkled throughout the source code. Whether it's a new hire or yourself in two years when you've forgotten why you need to check that condition in that insane query, a brief summary of your logic and thinking at the time can help impart understanding and reduce the need for assumptions.

The goal is clarity and unambiguous communication of ideas. People aren't mind readers and need a lot of information, some of which only you possess.

GSAS is taking place in CCIB, Barcelona this year

Behavior Driven Development: The methodology that connects the three amigos

Improving the maintenance of your regression suite

Mischa Spiegelmock
Open source developer from Berkeley, CA. I believe we should have fun and be creative when making software.
How do you deal with Mouse Arm Syndrome !
#discuss #help #community #programming
What was your win this week?
#discuss #weeklyretro
Why doesn't useState has a dependency array?
#discuss #react

Once suspended, cybermischa will not be able to comment or publish posts until their suspension is removed.

Once unsuspended, cybermischa will be able to comment and publish posts again.

Once unpublished, all posts by cybermischa will become hidden and only accessible to themselves.

If cybermischa is not suspended, they can still re-publish their posts from their dashboard.