I originally posted this on my blog a few months ago. It's part of a series I've been publishing, called "the business of freelancing," about freelance app dev.

So far in this series of posts, I’ve written about two topics:

I want to follow those up by closing a loop I’ve kind of left open.

Throughout those two posts, I talked about the freelancer simultaneously (and inadvertently) occupying two roles: owner and employee. They excel as employees, who earn money via salary. But given their zero-profit model, they do terribly as owners, who earn money via profit (or appreciation).

Today, I’d like to delve into the owner-operator concept in a lot more detail.

I’ve talked about how you can reason about a freelancer’s profitability (or lack thereof) by trying to backfill everything the freelancer does. But if you’re a freelancer or an aspiring freelancer, this is precisely backward. Why take action and then hope it makes sense, when you can figure out the sense before taking action?

Understanding the owner-operator dynamic will at least help you avoid blundering into a situation with a low ceiling, and, ideally, give you a sense of how to create a profitable business from the outset.

When I first hung out my shingle to moonlight, a decade ago, I gave myself a new job title as the owner of my “consultancy.” You guessed it. Owner-operator.

Proud of this, I told my dad about it, and he skeptically pointed out that this made me sound like I drove and owned a truck. He suggested that I change my title to “founder and principal,” which I did. 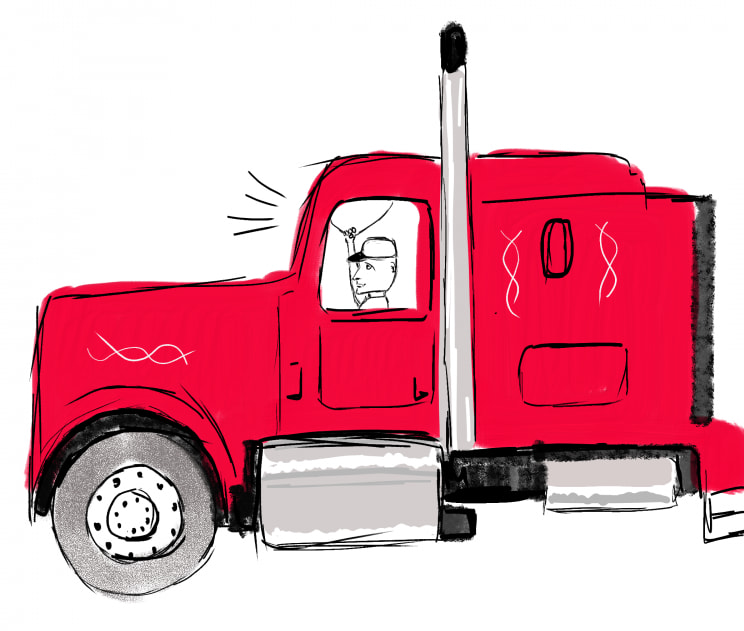 To this day, I’m not sure why I conflated that title with something that independent contractors called themselves. But I do think that, in my corporate naivete, I stumbled into a pretty good term for what they are.

Someone that buys a truck and makes a living transporting freight is certainly an “owner-operator,” by convention. But I’d argue that so, too, is the freelancer. Both not only have businesses where the owner is the operator, but also where you’d be hard pressed to separate the roles.

But let’s forget about trucks and freelance app dev, and consider a different owner-operator setup.

Say you have a friend — we’ll call him Willy. And Willy really, really likes to fish.

He spends summers out on the lake catching fish and uses all of his vacation in the winter to head south to beach locales and, you guessed it, fish. Not only does he excel at catching them, but he can also filet them in a heartbeat and grill or fry them to perfection.

Naturally, Willy is a mechanical engineer. But in another life, had he heeded his calling, he’d be a fisherman, or something. 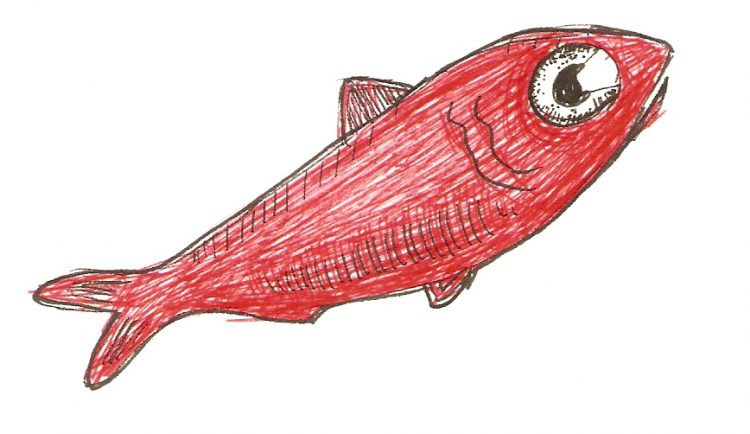 Except that he gets an idea into his head. Maybe he read The 4 Hour Work Week or drew inspiration from a friend or a movie or something. Whatever it is, Willy decides to quit his job, move to Sugarloaf Key, buy a boat, rent a little cafe on the water, and earn a living cooking his daily catches for tourists and locals.

The little story I’ve told here is simple — perhaps overly simple — when it comes to the expense profile. But bear with me. I’m not a detail-minded expert in the service and hospitality industry.

Willy has some basic expenses. Each month, he has to pay rent, utilities, and probably some maintenance on his cafe. He also has to hire maybe a cashier and a server/busser and also buy ingredients, kitchen supplies, and whatever else besides the fish he catches that are required for preparing and serving a proper dinner.

Willy is, in a very literal sense, the owner-operator of the business of Willy’s Beach Cafe, such as it is.

Now, picture Willy’s life. I mean, really, picture his day to day, what he does, and who he would (and wouldn’t) hire. Here’s a hint: he probably doesn’t hire a restaurant manager or a cook. 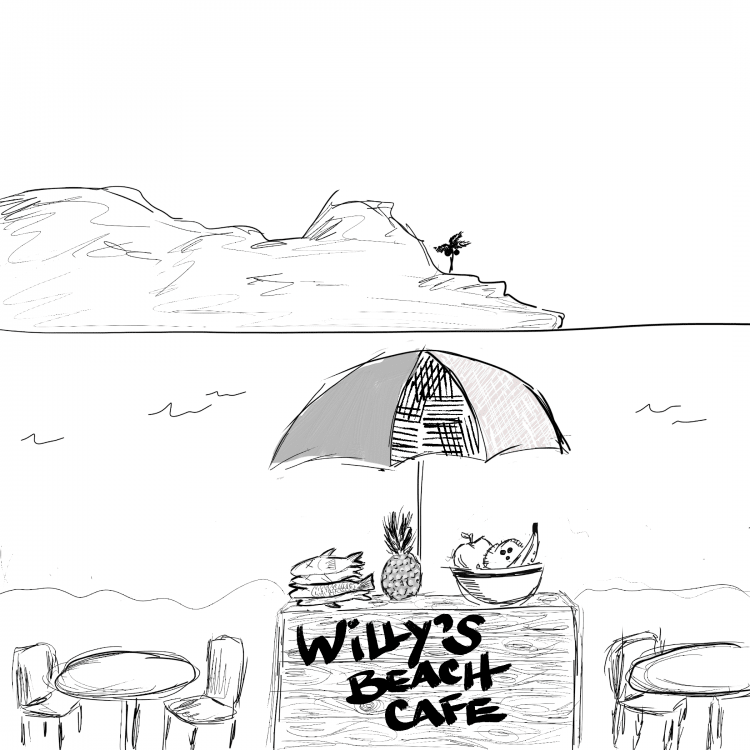 Why would he? Having no boss, fishing all day, and grilling and frying fish in the evenings is the whole point. Willy wanted autonomy and a life spent doing something he enjoys. Livin’ the dream.

So what is Willy’s business model, really?

Well, each month he first pays rent and expenses, then buys the supplies and ingredients he needs, pays off his staff, and lives off of the rest of the cafe’s gross income. If he finds that amount lacking, he experiments with prices, maybe advertises a little, cuts some of the server’s shifts and handles them himself, and generally fiddles with the business until he pulls out enough money.

Willy has a lifestyle business. The model? “Earn enough revenue to ensure the primary employee — the owner-operator — can keep his dream job without becoming destitute.”

Would You Start Willy’s Beach Cafe?

Now, let’s consider the alternative to Willy’s situation, wherein owner-operator-ship is the point. This is the situation where you think of onwership through the eyes of an investor, rather than an owner-operator.

It should be easy. Ask yourself if you would start Willy’s beachfront cafe. (With the caveat that you could name it after yourself, instead of Willy, of course.)

I’d imagine that, for 99% of you reading, the answer is “absolutely no way.” And, why not? Well, because it isn’t your life long dream to fish all day and then cook those fish for random people all evening. That’s Willy’s dream and not yours.

Would You Buy Willy’s Beach Cafe?

But what would it take for you to become an owner of Willy’s cafe? Maybe Willy wants you to come in as an investor. Or maybe Willy tires of the salt life and offers to sell you the business for a song.

What would cause you to say “yes” to this? Not the prospect of being the operator, obviously. But recall what I said in the first post of the series about what pure owners want out of a business: dividends and/or appreciation.

What you’d want is assurances that you’d earn monthly dividends from the business, without having to pull intestines out of fish or mix mai-tais for tourists yourself. Maybe you’d stop in from time to time for a meal on the house, but that’s where your involvement would end. Or, maybe you’d buy it, make some operational improvements, and then turn around to sell it for more to take advantage of appreciation.

In either case, for you to even contemplate buying it, you’d need a Willy. That is, you’d need everything Willy had as owner-operator, but you’d also need a manager and cook, whether the same people or differnet people.

So for you to buy the place, it would need to generate enough revenue that you could hire a manager and a cook, on top of the rest of the expenses, and then still have enough left over to make it worth your while to get out your wallet in the first place.

Leaving the idyllic Florida keys and returning to wherever it is you are, let’s get back to the aspiring or current freelancer’s situation.

Here’s the thing to ask yourself about your freelance “business.” What’s the point?

I don’t mean that in the rhetorical, fatalistic sense. I mean, what’s your purpose? Do you want to be Willy? 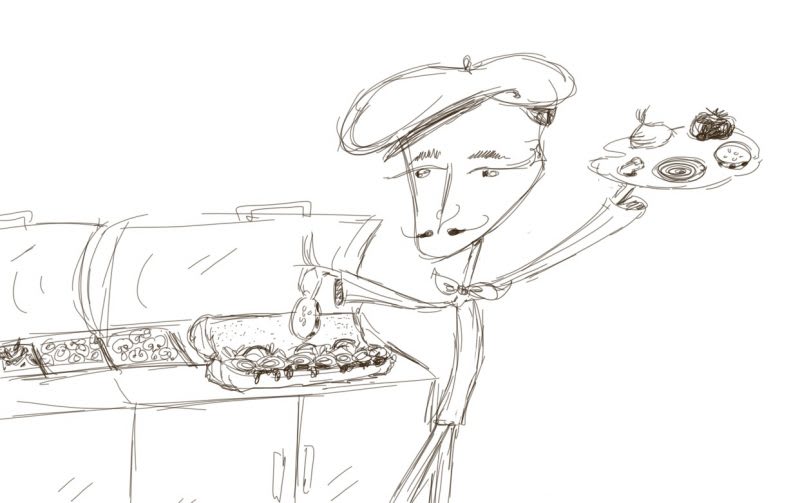 Do you want to be an owner-operator making enough to pay the rent, and essentially an employee of a business with zero growth potential? There’s no issue if you do, as long as you’re deliberate about it, ala Willy. Just as he’s not aiming for early retirement or an international franchise of Willy’s Beach Cafes, you can freelance and say “all I want out of life is to negotiate my own rates, move around, and work on a variety of projects.”

But if it’s not intentional, you’ve got a problem on your hands. If you freelancing as a career advancement strategy with unbounded upside, you’re in for a rude awakening, just as Willy would be if he thought Willy’s Beach Cafe was a great move from his gig as a Senior Mechanical Engineer.

Assuming you’re in the “I’m freelancing/contemplating freelancing” as a career-move camp, understand that, without a plan, you’re Willy without realizing it. You’re embarking on a business venture that wheezes along only until the moment you tire of being the engine that drives it.

I’ve talked in the past two posts about the importance of reasoning about profit and about how you need to evaluate your business by pricing what it would cost to backfill everything you do. Both of those points are reinforced by the difference between Willy creating his business and casting himself as owner-operator and you buying Willy’s business only as long as Willy worked for you and generated profit for you besides. 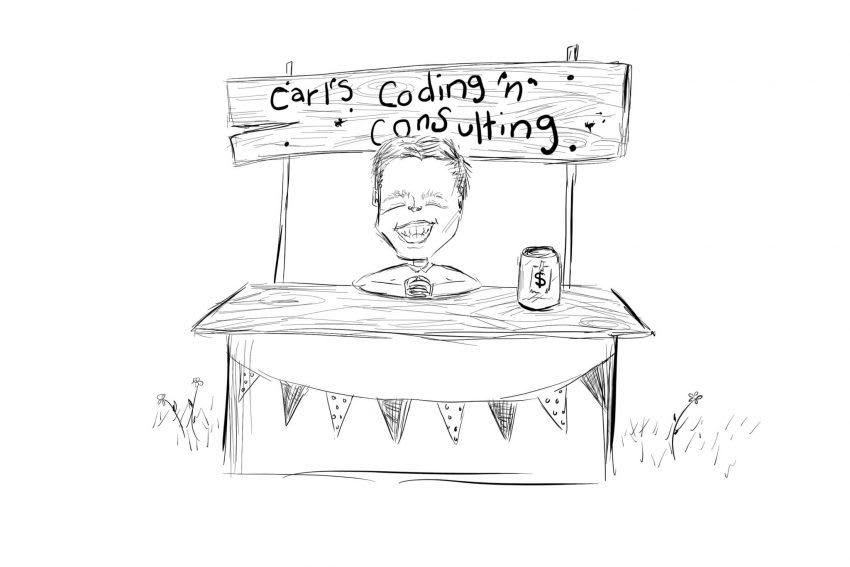 The trick I’m offering you here today, for planning and contemplating what you’ll do going forward is this. Forget yourself as an employee and cast yourself as an owner by imagining any business idea you have as Willy’s Beach Cafe — an enterprise you wouldn’t want to work for in perpetuity. Would you buy the enterprise if someone else did the work?

Viewed through this lens, freelancing is absurd as a business. At least Willy’s Beach Cafe sells food and not, well, Willy himself (or at least a bunch of Willy’s cooking man-hours).

You could come up with some kind of scheme in theory, like offering Katie $10K in exchange for 10% of all of her future billings, but such schemes are all of the hair-brained variety and fall apart immediately on serious consideration by either party (e.g. Katie takes your $10K and then quits or, if you hinge your offer on her not quitting, she doesn’t accept because that’s a horrible deal for her).

So if, in fact, your goal is true, profitable business ownership, think of your business not in terms of what you’d enjoy doing as an employee, but what you’d profit from owning as an investor.

What’s the most annoying part of your job?