react-tracked is a library for global state without Redux. This library provides almost compatible hooks API to React-Redux. It's developed with performance in mind, and it should be as performant as React-Redux, even though it utilizes only React context. See the GitHub repo for more information.

This post shows benchmark results to convince that it actually is performant in one scenario.

It's worth mentioning that react-tracked, as the name implies, has another useTrackedState hook that has capability of state usage tracking. Unlike useSelector, developers don't need to define selectors for this hook.

It's also worth mentioning that another library reactive-react-redux provides the useTrackedState hook for Redux. See the GitHub repo for more information.

We compare all hooks described above.

Checkout the forked repo if you want to reproduce the benchmark result at your end. 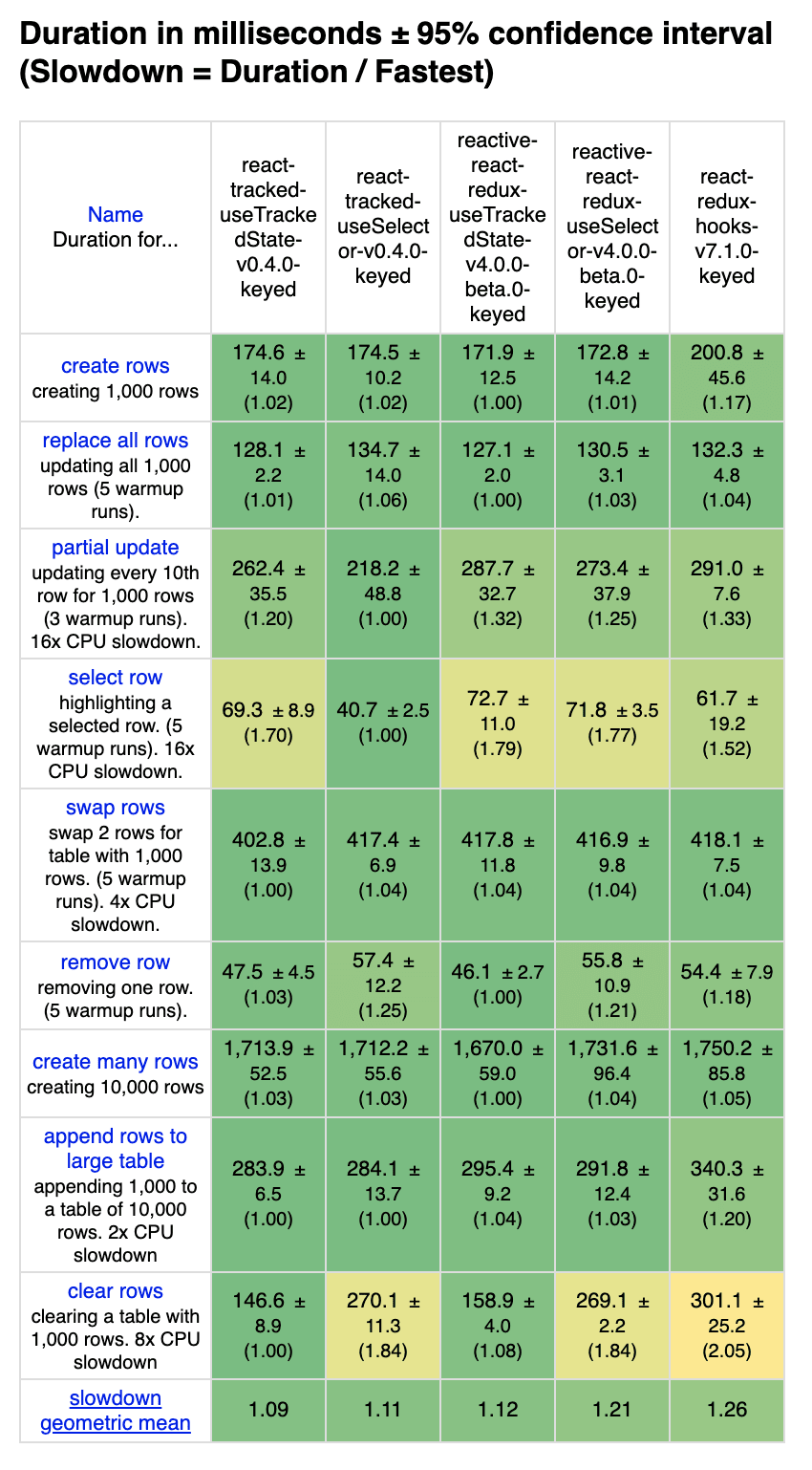 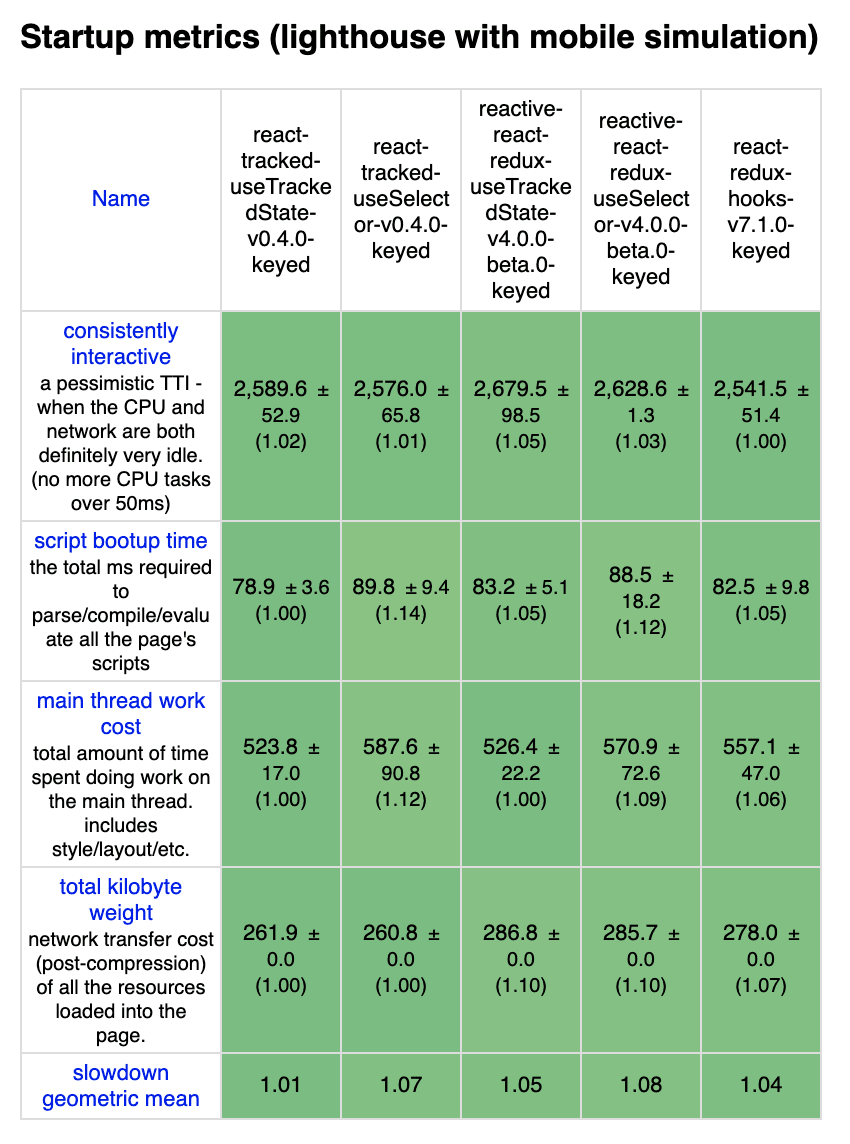 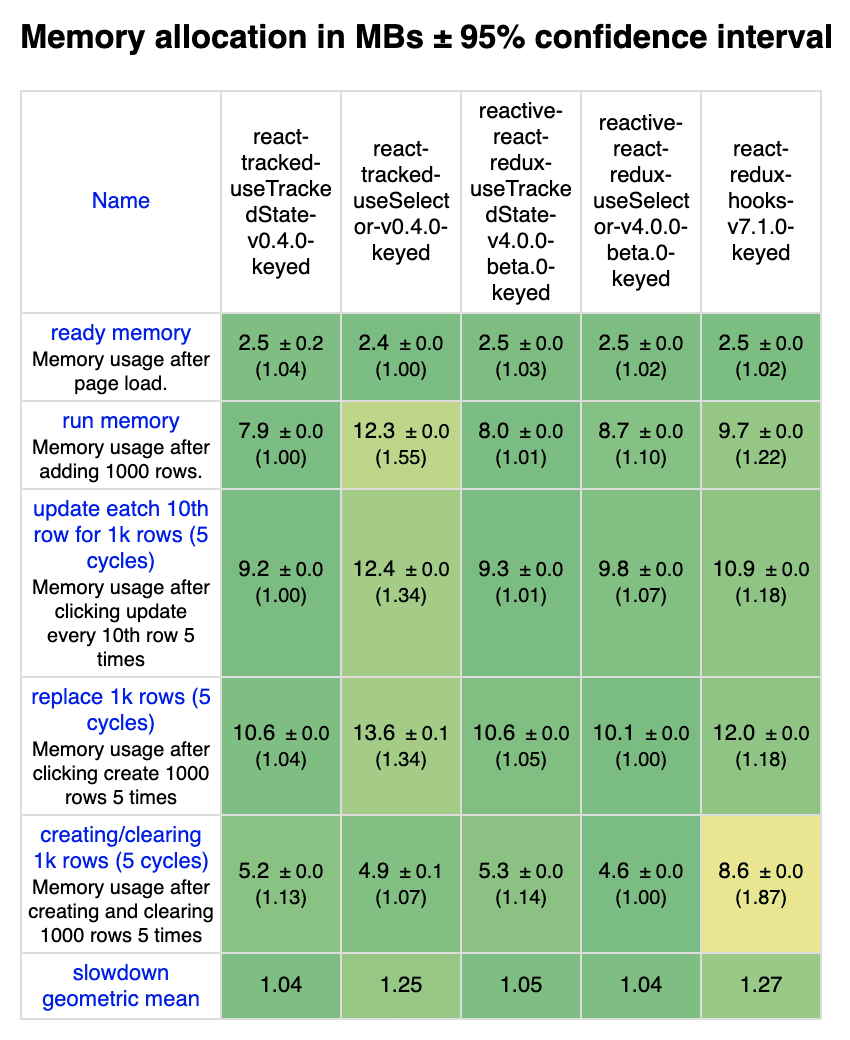 I hope these results encourage developers to try my two libraries.

"In defense of the modern web" — great classic DEV post

Once suspended, dai_shi will not be able to comment or publish posts until their suspension is removed.

Once unsuspended, dai_shi will be able to comment and publish posts again.

Once unpublished, all posts by dai_shi will become hidden and only accessible to themselves.

If dai_shi is not suspended, they can still re-publish their posts from their dashboard.

Once unpublished, this post will become invisible to the public and only accessible to Daishi Kato.

Thanks for keeping DEV Community 👩‍💻👨‍💻 safe. Here is what you can do to flag dai_shi:

Unflagging dai_shi will restore default visibility to their posts.