Now, I usually don't do something like this, but I just spent most waking hours of my life the past 4 months doing nothing but robotics, so I thought I'd show off and be proud of my students...This also explains why I haven't posted since the end of December 😮 This post comes also almost word-for-word from when I wrote it on our team website at https://www.ghouse354.com/2019-robot.

Back in December, I was looking for a new FIRST Robotics team to work with. If you are not familiar with FIRST, I highly recommend looking into it more and working with a team near you. The gist of it though is that high school teams spend six weeks building a 120 lbs robot that best accomplishes the game's goals. This year's game, Destination: Deep Space, was all about moving Hatch Panels (poly-carbonate discs) and Cargo (rubber balls) around the field and placing them in their respective goal positions. You can watch the game video below.

I ended up working with the G-House Pirates, who are located in Downtown Brooklyn in New York City. The students and the mentors acted like a close family, and by the end of the season, I too felt like I had joined the family. So then, onto the exciting part...

Our robot for the 2019 FRC season, Ms Calculated, was purpose-built to play FIRST: Destination Deep Space, presented by the Boeing Company. This robot is one of the most complex that the team has built with the current group of students and mentors. Again, we only had six weeks to build this, I am so amazed at what the students accomplished, because the mentors only stepped in to offer advice. Everything was designed and built by the students. 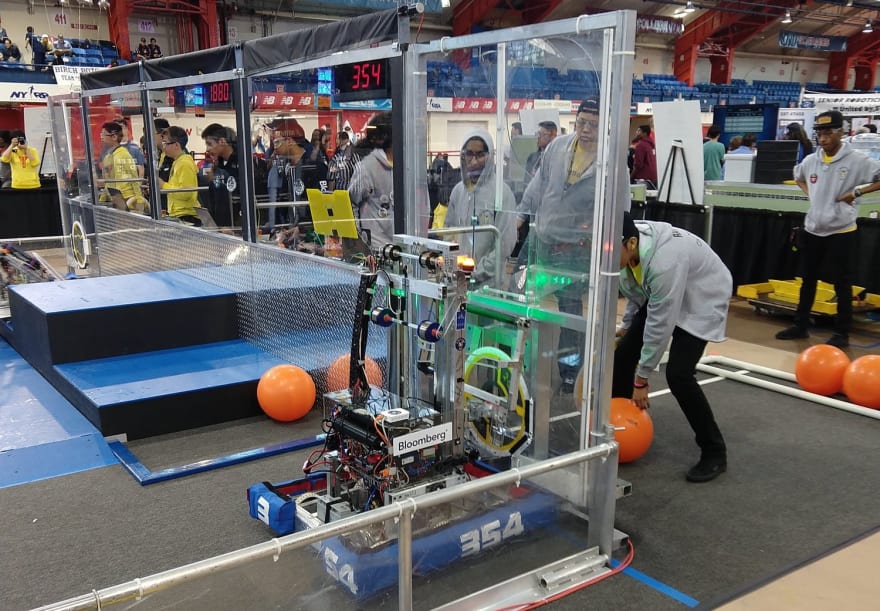 Using a two stage cascaded elevator design, along with a multi-purpose manipulator for collecting and depositing games pieces, Ms Calculated could score anywhere on the field, including at the Cargo Ship and all three levels of the Rocket with both Hatch Panels and Cargo balls.

Our robot was very complex this year and involved many different moving pieces and subsystems, read more about them below!

This was the first year our group of students and mentors attempted an elevator, and let’s just say that Ms Calculated could lift the game pieces to outer space! 🚀…or at least to the top of field’s Rockets! It featured the following:

The cargo manipulator was placed on the elevator and provided the ability to score anywhere on the field and at any Rocket level.

The first 15 seconds of every match were played in Sandstorm, where black sheets were covering the Driver Stations, blocking any view of the robot(s) for the drivers, operators, and coaches. To account for this, Ms Calculated had the following hardware on board:

Not wanting to be outdone by the previous year’s Driver Station, the team decided to machine and build a truly unique and special Driver Station, which contained the following:

Check out https://imgur.com/gallery/Vii1UYP for some more images of our drive station! 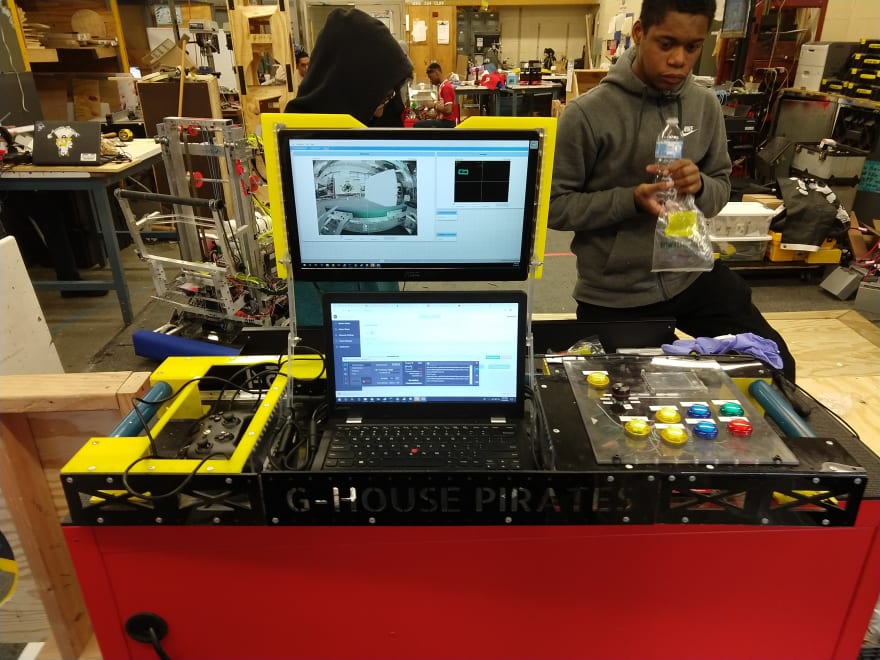 At the End of the Day

We ended up getting eliminated in the closing playoff matches of each of our competitions, but at the end of the day, we still had an amazing year with a great robot and an even greater group of students...here's to 2020 being even better!

Oh, you think this is really cool and want to get involved? Lucky for you, there is probably a team in your area, so message me and I'll make sure to get you involved!... Especially if you're in the NYC area, we could always use more mentors!

The focus in your life

On The Subject of Learning to Code

Daniel Starner
I am a curious person who enjoys figuring out the building blocks of the world, and rearranging them to build something even better.
Defect life cycle in API testing ⚙️
#beginners #api #codenewbie #productivity
CHALLENGE: Describe AI in five words or less.
#discuss #ai #watercooler
5 Life-Changing Lessons I Learned From Being Laid Off That Will Put You Ahead Of 97% Of People
#beginners #productivity #motivation #codenewbie