Photo by JOHANNA MONTOYA on Unsplash

While reading the following article, A Quick, Practical Use Case for ES6 Generators: Building an Infinitely Repeating Array, I happened to be checking out Reddit API. 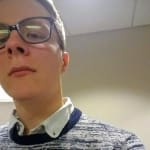 A Quick, Practical Use Case for ES6 Generators: Building an Infinitely Repeating Array

JavaScript Generator is a great way to infinitely return data and thought I could use it for 🥁🥁🥁 infinite scrolling.

Let’s see how to implement infinite scrolling in React with JavaScript Generator.

A generator is an easy way to implement both Iterator and Iterable protocols.

As usual, I will be lazy and refer you to these articles.

In a gist, think of it as an object that returns a sequence of data infinitely until you tell it to stop.

Here is a generator function that returns ReactJS subreddit data.

First thing to note is that, generators are declared with keyword function* (notice the star after function).
That * is what makes a function a generator.

On line#2, a URL is passed, with default value set to ReactJS API URL.

Line#4 shows a declaration of nextUrl, which is constructed using the url from line#2 and after argument required to fetch next batch of data (we will see it in a moment).

Now the while loop is where the interesting things happen.
nextUrl is empty initially so it’s set to url passed as a function argument.

Then we fetch Reddit data as JSON, which has a shape shown below.

Value stored in after property is what we need to fetch next batch of data.
And line #10 constructs the next URL to query to fetch more data.


Thank you tills1993 for finding the bug in the previous code.

Now you might see this unfamiliar keyword yield that returns an array of data using Array#map.
Yield temporarily returns the data and gives up the control to the calling code.

So when the calling code calls getContent again, all variables inside the while loop is restored thus nextUrl will contain the next URL not null.
(I am not sure if it’s the work of closures so I’d love to hear your feedback on it)

Lastly, we export getContent from ContentRepo.js.
We’ve covered how the generator function, getContent works so let’s move on to implement infinite scrolling in React.

Before moving on, let’s see how the end result looks visually.

It loads 4 stories with “Load More Stories” button.
Infinite scrolling will happen when the page has stories that spans longer than the view port height.
Please pardon the color combinations, I tried my best to make it pretty…

Now you see how the end result looks, let’s move on.

App’s state contains all Reddit posts, and a flag to see if we have reached the bottom of the page.

I’ve used lodash.throttle function to limit the number of events generated.
Or else there will be too many events fired and make too many Reddit API requests.

spryes on reddit has pointed out that throttle would return a new function every time so I've created a reference to the throttled implementation in thrrotledWindowHandler.

The reason for choosing throttle over debounce is because I wanted to load next batch of data without having to wait until user started/finished scrolling/resizing.
For the difference, refer to Debouncing and Throttling Explained Through Examples.


Make sure to clean up and free up listeners when the component is unmounted.


First we calculate whether we have reached the bottom of the viewport (isBottomReached).

If the sum of scrollY and innerHeight is same as document.bodyOffsetHeight, then we have reached the bottom.
An arbitrary heightOffset value is for fetching data before reaching the bottom.
Check out the demo below, which demonstrates the usage of heightOffset.

💁 Note that you don’t need to pass any arguments or keep a track of next URL to call. It’s completely abstracted away.

In line#4, new posts (posts: [...prevState.posts, ...newPosts]) are added
and turns off bottom flag since we just loaded new stories.


getNextPosts is asynchronous so I wrapped it in an IIFE(Immediately Invoked Function Expression) as async rendering will be available in later version.

JavaScript generator abstracted away all nitty gritty details on how to fetch data, and keep track of next URL to fetch from.
And make sure you either throttle or debounce windows scroll & resize events as they fire very rapidly as explained in this post, Debouncing and Throttling Explained Through Examples.

You can get your hands dirty in two ways.