Photo by Chris Scott on Unsplash

You can check the official documentation & also following article, 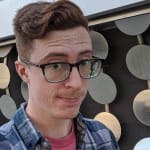 Everything you need to know about React Hooks

so I won’t go into it further.

I created a simple hook called react-use-localstorage, which lets you store state in Local Storage.

You need to use following React versions.

It’s bleeding edge and not recommended to use in production.

And use it in a “Functional Component”.

The demo shows that state is saved directly in local storage.

The source code is available on GitHub with MIT license.

Thanks for keeping DEV Community 👩‍💻👨‍💻 safe. Here is what you can do to flag dance2die: