Photo by Annie Spratt on Unsplash

What is the JavaScript Call Stack?

According to MDN: A call stack is a mechanism for an interpreter (like the JavaScript interpreter in a web browser) to keep track of its place in a script that calls multiple functions — what function is currently being run and what functions are called from within that function, etc.

At its most basic level, the call stack is where our code is executed, using execution context.

The JavaScript engine, a program that runs JavaScript code, contains both a call stack and a heap. For now, just know that the heap is a large, unstructured memory pool. 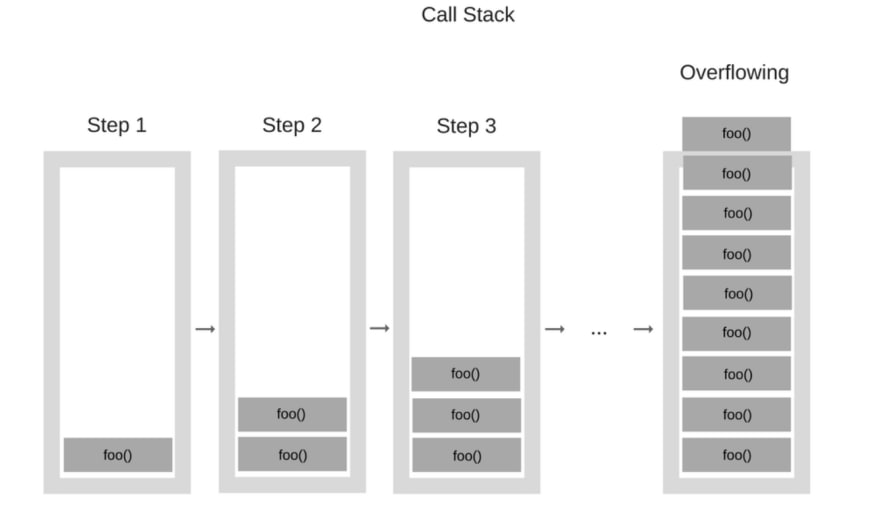 Why is the Call Stack Important?

JavaScript is single threaded, or synchronous. It can only do one thing at a time. We can give it 100 tasks to perform, but it can't perform all 100 tasks simultaneously. It has to go through the process of completing one task before moving onto the next. It's incredibly orderly.

While it might seem a little silly, here is an example of how switching execution contexts, and moving through the call stack works.

When first is called, it will print out to the console:

Every time a new function was called, the call stack worked its way through the execution context until completed, before moving back to the previous function, until eventually, all execution contexts were finished, and we returned to the Global Execution Context.

The Global execution context will only pop off of the call stack when our program finishes, either by closing a browser window, or closing the terminal.

Once suspended, dani8439 will not be able to comment or publish posts until their suspension is removed.

Once unsuspended, dani8439 will be able to comment and publish posts again.

Once unpublished, all posts by dani8439 will become hidden and only accessible to themselves.

If dani8439 is not suspended, they can still re-publish their posts from their dashboard.

Once unpublished, this post will become invisible to the public and only accessible to Dani Schuhman.

Thanks for keeping DEV Community 👩‍💻👨‍💻 safe. Here is what you can do to flag dani8439:

Unflagging dani8439 will restore default visibility to their posts.