Higan is a public, trustable, and unforgotten database for people who needs to be remembered.

For people who died because of COVID-19.

Until now, there are 248,811 people who died because of COVID-19. Many people lost their families, friends, and heroes in this disaster. I think we need a place to remember these people.

In addition to COVID19, you can also record those people you love and respect. You can think of Higan as an Internet tombstone.

How I built it.

There are two separate projects, Higan and Higan-ui.

A public, trustable, and unforgotten database for people who needs to be remembered.

Higan is a blockchain project for building online tombstone for the dead.

Higan-ui - the front end of higan.

People will forget, higan will not.

For one you love, for the people who died because of the COVID-19.

Higan is a blockchain project based on cosmos-sdk.

The Cosmos-SDK is a framework for building blockchain applications in Golang. It's like ruby-on-rails for ruby. 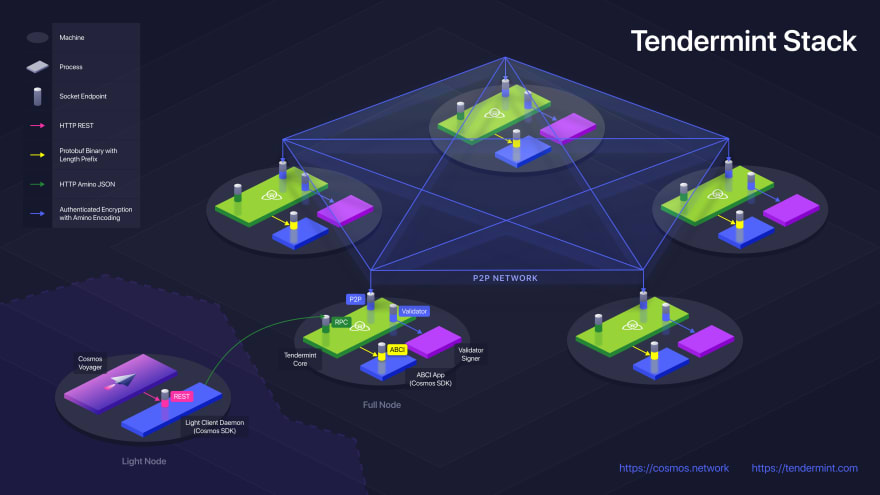 Higan is a cosmos-sdk application. So as shown in the figure.

Here, cosmos-sdk has developed many modules such as auth, bank, etc. that allow you to easily develop a PoS-based blockchain.

Tendermint does the very heavy work of pBFT-based consistency layer, p2p layer, etc. and can easily synchronize the state between nodes

So what I need to do is develop a module called tombstone.
This module handles my custom messages and writes the record to the multistore.

Eventually, there will be two programs, higand to run the blockchain and higancli to send or query transactions to higand.

Front-end of the project Higan

The front end of the project higan.

Config cors in Nginx or anything similar.

Runs the app in the development mode.
Open http://localhost:3000 to view it in the browser.

The page will reload if you make edits.
You will also see any lint errors in the console.

It is a very simple front end of the higand server. It can display the records that have been stored on the blockchain, submit a record, show the height of the block, and show the number of records. It also has a very rudimentary search feature.

I use react, react-hooks, and tailwindcss to build it.

I really hate CSS, thanks tailwindcss and tailwindui. Saved my life. Helped me build my first front-end project.

How I deployed it

I started an EC2 instance on AWS.

I use ansible to manage higan projects. If anyone is interested, I can open source it.

Then there is an nginx that forwards the request to the REST service. Nginx configures some cors header and turns on https.

I use cerbot to configure let's encrypt. It's very simple.

Just let netlify connect to my gitHub, and netlify will perform an automated deployment and provide free let's encrypt based encryption. I applied for my domain on godaddy. Then I switched to netlify's DNS resolution.

How to Setup Next.js with Typescript

How to Build a Chrome Extension